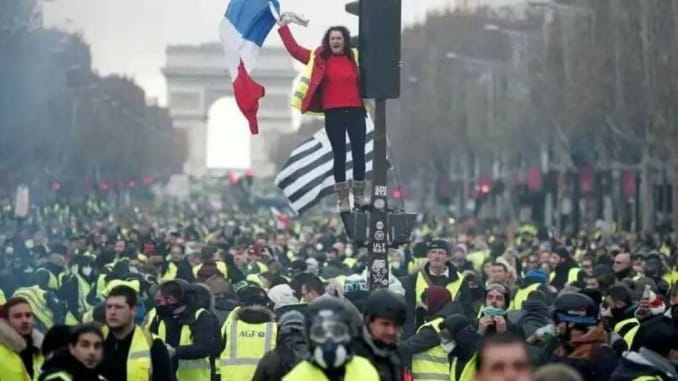 Since Nov. 17, France has seen almost daily actions by the spontaneous “yellow vest” (gilets jaunes) protesters. The media showed scenes of police in Paris attacking with tear gas, flash bombs and water canons. By Dec. 1, over 70 percent of the population in France were in support of the yellow vest uprising.

On Dec. 5, the French government decided to suspend a planned eco-tax on fuel, a tax that was one of the sparks of the protests. But the movement of the yellow vests has now turned into a broader revolt against inequality and President Emmanuel Macron’s neoliberal reforms.