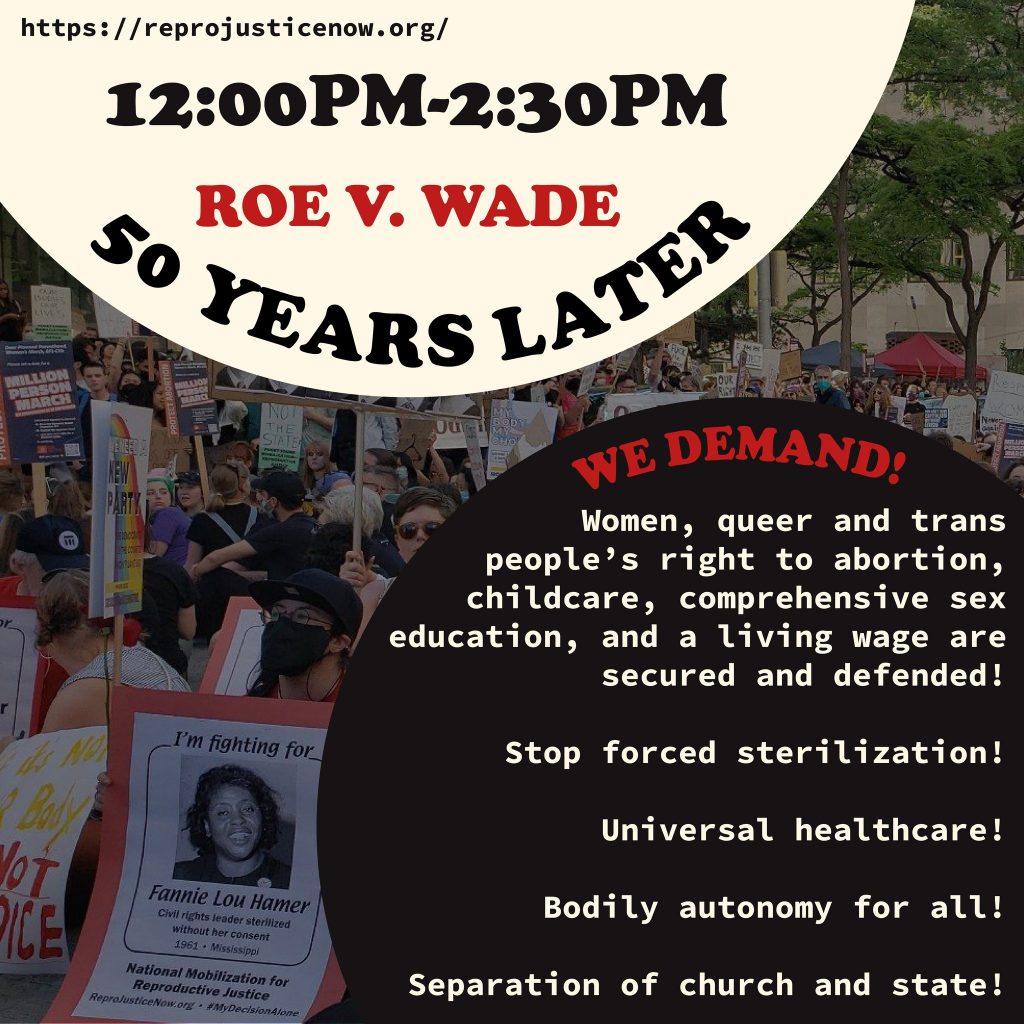 Not the Church, Not the State: Women, Queer, and Trans Folks Will Decide Our Fate!

On what would have been the 50th anniversary of Roe v Wade, St. Patrick’s Cathedral is hosting a Prayer Vigil Mass for Life – an anti-abortion event. In our continued fight back to restore Roe v Wade and expand reproductive justice, the NYC Mobilization for Reproductive Justice is calling for a counter-protest. Starting with a speak-out in front of the NYPD 17th Precinct at 167 E 51st St from 12 noon to 1 PM connecting the issues of reproductive justice and abortion access to police violence, followed by a march to St. Patrick’s Cathedral on 5th Avenue.

Since the overturn of Roe v Wade, the emboldened religious right wing has been relentless in their attacks on the reproductive rights of working class and poor women, queer and trans people, hurting mostly disabled people of color and the multiply oppressed. While abortion is still legal in New York State, the Catholic Church has stepped up its aggressive attacks at women’s health clinics around NYC and towards abortion clinic defenders. This is with the protection of Mayor Eric Adam’s Strategic Response police unit, which goes after protesters. We condemn the recent arrests of clinic defenders by this police unit and DEMAND the separation of Church and State.

We Demand!
*Women, queer, and trans people’s right to abortion, childcare, comprehensive sex education, and a living wage are secured and defended!
*Stop forced sterilization!
*Universal healthcare!
*Bodily autonomy for all!
*Separation of church and state!