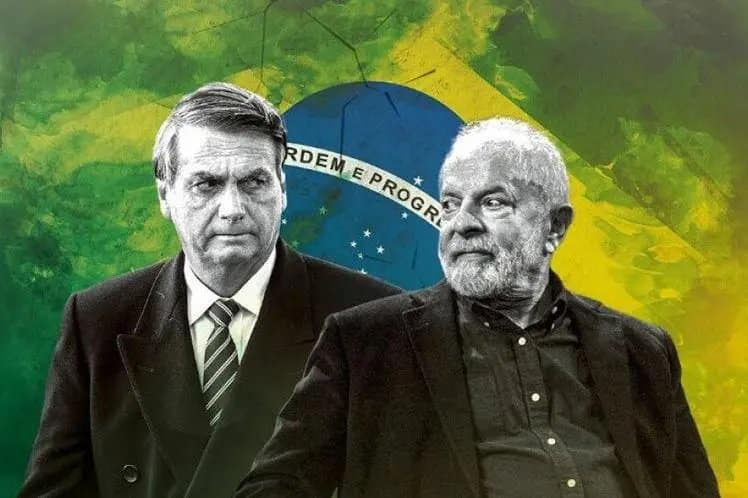 The second round of the Brazilian elections, on October 30, is probably the most important and bitter electoral confrontation in our America since the election of Hugo Chavez in 1998.  This election goes further than just deciding who will govern the South American giant for the next 5 years, the largest and most populated country with the most important economy in our region, eighth in the world in terms of GDP. Nor will it only decide who will rule the country between neoliberalism and anti-neoliberalism, since in Brazil the first thing at stake is the defense and reconquest of basic democratic rights, already greatly diminished social and labor rights by Temer and Bolsonaro, which the former military man threatens to overthrow together with the politicians, in order to satisfy the businessmen who support him. This election is also about – how much – whether the death blow will be dealt to what is left of the Amazon forest, the planet’s oxygen lung, as is the goal of Bolsonaro’s agribusiness capital partners. It is, at the same time, a key episode in the dispute for our America between democratic and progressive forces, which fight for national sovereignty, multipolarity, and the fight against inequality and hunger, and those who advocate surrendering everything to the market and financial capital.

Lula was enabled to compete electorally when the Brazilian Supreme Court acquitted him of the false charges brought against him by the venal judge Sergio Moro and his crony prosecutor Deltan Dallagnol.  But this could not erase the image of a corrupt governmental performance of Lulismo in government installed in wide layers of the population due to the huge campaign of lies unleashed by the Brazilian and international hegemonic media.  Together with the political advance of Bolsonarismo, Lula has had to create a great coalition that includes important sectors of the center-right that previously opposed him, but also his traditional allies of the center-left and the most combative social movements in Brazil, as a formula to ensure a convincing victory in the face of the serious anti-democratic threat of Bolsonarismo.

Sergio Moro and Dallkagnol are trained and part of the program of the US State Department to, under the pretext of fighting corruption, implement in our region the lawfare against candidates or officials who defend proposals contrary to neoliberalism and favorable to popular causes in order to liquidate them politically; a sort of civil death. All this in perfect conjunction with the work of disinformation and defamation of the overwhelming network of hegemonic media and new structures of digital networks at the service of the empire. Lawfare has also been applied against former presidents Manuel Zelaya, Fernando Lugo, Cristina Fernández, Rafael Correa, Evo Morales and several of their followers. In addition, it was the instrument to carry out the coup d’état against Dilma Rousseff and to disqualify Lula as presidential candidate when he was ahead in all polls and thus opened the way for Bolsonaro.

Although Bolsonaro’s eruption into the political arena after decades of gray and extremely corrupt performance as a congressman is not only due to that, he did remove the formidable obstacle that Lula had placed in his way. Today we know that two years earlier the former captain had received the green light from the then commander-in-chief of the army, General Villas Boas, to run for the presidency. At the same time, it is evident that the crisis of neoliberal policies and the success of the progressive and redistributive policies of the PT had exhausted the hegemony of the Brazilian elite, which needed an “outsider” like Bolsonaro: a sort of political lumpen, barely educated, but with unquestionable charisma, liveliness and the ability to connect with large sectors of Brazilian society characterized by their ignorance, obscurantism and religious fanaticism, or their links to organized crime – such as the famous militiamen -, or with retired military men full of ambitions of power and enrichment. About 6 thousand of these have been dispersed by Bolsonaro throughout the public administration, another problem that Lula would have to deal with.

Lula continues to put up a heroic fight in route to the second round in the face of very difficult forces and obstacles to overcome. One of them is how he would govern with a Bolsonarist and right-wing majority congress, which even has the votes to impeach him. His campaign has been such an outpouring of masses that it would seem to lead him directly to the Alborada Palace. Although after the errors of the polls in the first round, the 5 points of advantage that they assign him now open room for doubt. Again, I prefer to trust in the optimism of will than in the pessimism of reason.