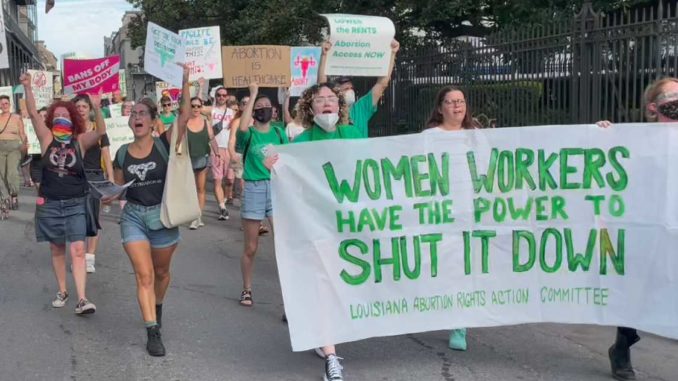 August 1 — Yesterday, 200 people took to the streets to fight for abortion rights, childcare, healthcare, and more. The streets rang with rage against racist, sexist, anti-worker Attorney General Jeff Landry who, in service to his millionaire backers, is heading a right-wing campaign to rip away the rights of women and all other gender-oppressed people capable of pregnancy.

This was the latest protest in the ongoing fightback against the Louisiana abortion ban. Recent protesters in Indiana and Georgia also engaged in militant action against the right wing, with the Indiana protesters shutting down the state legislature.

We need to keep the fight up! In order to win back abortion rights – and more – we have to build a movement like the one that won Roe v. Wade, to begin with. To be part of building this movement, contact us at Louisiana4AbortionRights@gmail.com. 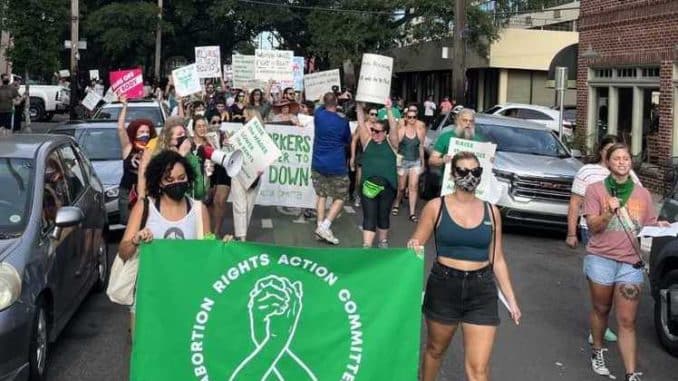 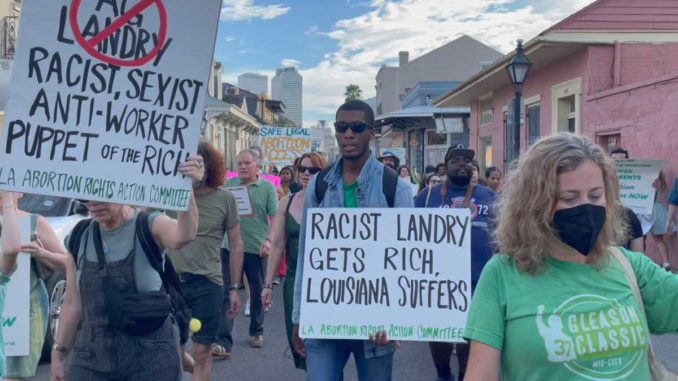 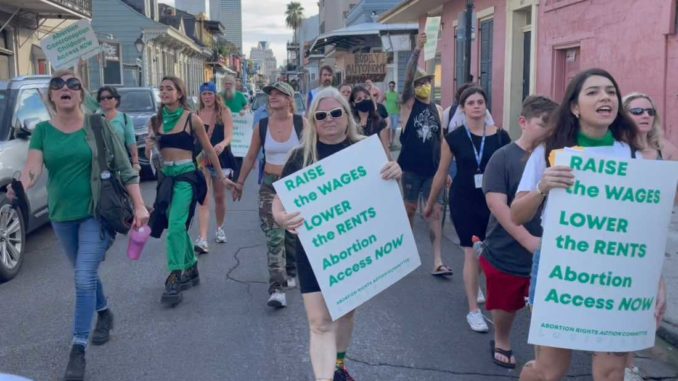