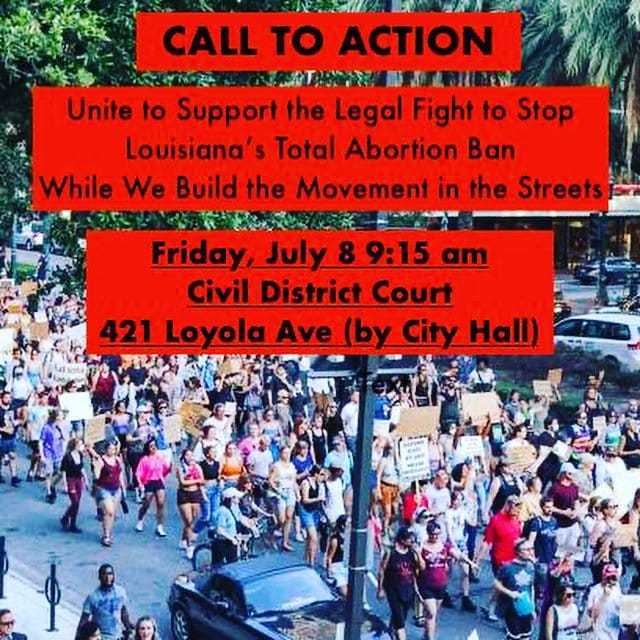 Yesterday a Shreveport abortion provider won a temporary injunction against the Louisiana trigger law to ban all abortions. It took immediate effect and they reopened their clinic.

On July 8 at 10 AM they will be arguing against the right-wing, racist Attorney General Landry’s office to seek a permanent injunction.

This bold move should be supported by all who can turn out in front of the court on July 8th. Even if a permanent injunction is granted based on the law being unconstitutionally vague, it will not stop the Louisiana legislature from redrafting the law. But every act of resistance can save lives and needs visible support as we continue to build an even bigger and more defiant mass movement to restore abortion rights and unite the many struggles necessary to push back the billionaire-funded right wing.