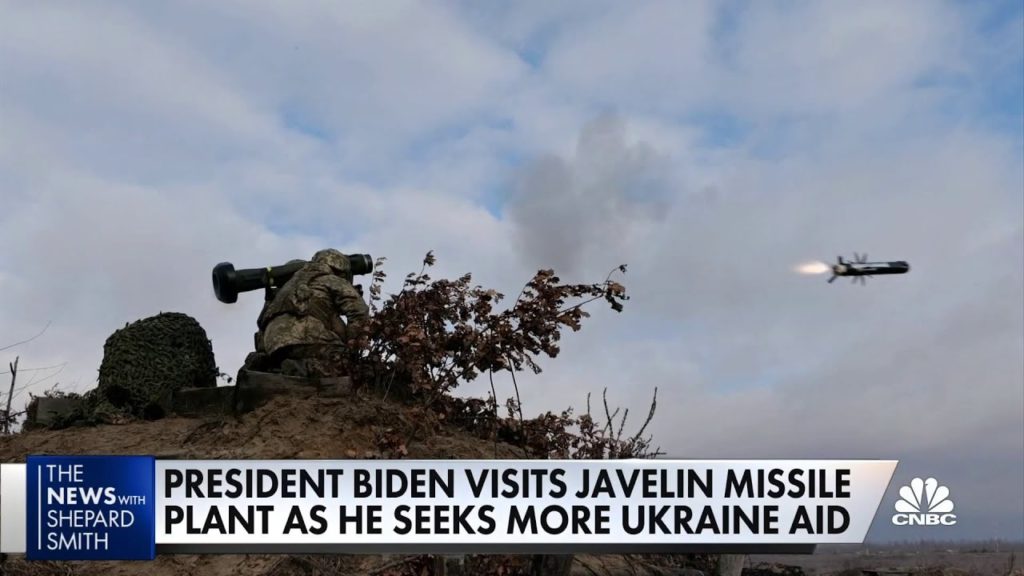 The world wants to see an end to the conflict in Ukraine. The NATO countries, however, want to prolong the conflict by increasing arms shipments to Ukraine and by declaring that they want to “weaken Russia.” The United States had already allocated $13.6 billion to arm Ukraine. Biden has just requested $33 billion more. By comparison, it would require $45 billion per year to end world hunger

Even if negotiations take place and the war ends, an actual peaceful solution will not likely be possible. Nothing leads us to believe that geopolitical tensions will decrease, since behind the conflict around Ukraine is an attempt by the West to halt the development of China, to break its links with Russia, and to end China’s strategic partnerships with the Global South.

In March, commanders of the U.S. Africa Command (General Stephen J. Townsend) and Southern Command (General Laura Richardson) warned the U.S. Senate about the perceived dangers of increased Chinese and Russian influence in Africa as well as Latin America and the Caribbean. The generals recommended that the United States weaken the influence of Moscow and Beijing in these regions. This policy is part of the 2018 national security doctrine of the United States, which frames China and Russia as its “central challenges.”

Latin America does not want a new cold war. The region has already suffered from decades of military rule and austerity politics justified based on the so-called “communist threat.” Tens of thousands of people lost their lives and many tens of thousands more were imprisoned, tortured, and exiled only because they wanted to create sovereign countries and decent societies. This violence was a product of the U.S.-imposed cold war on Latin America.

Latin America wants peace. Peace can only be built on regional unity, a process that began 20 years ago after a cycle of popular uprisings, driven by the tsunami of neoliberal austerity, led to the election of progressive governments: Venezuela (1999), Brazil (2002), Argentina (2003), Uruguay (2005), Bolivia (2005), Ecuador (2007), and Paraguay (2008). These countries, joined by Cuba and Nicaragua, created a set of regional organizations: the Bolivarian Alliance for the Peoples of Our America–Peoples’ Trade Treaty (ALBA-TCP) in 2004, the Union of South American Nations (UNASUR) in 2008, and the Community of Latin American and Caribbean States (CELAC) in 2011. These platforms were intended to increase regional trade and political integration. Their gains were met with increased aggression from Washington, which sought to undermine the process by attempting to overthrow the governments in many of the member countries and by dividing the regional blocs to suit Washington’s interests.

Because of its size and its political relevance, Brazil was a key player in these early organizations. In 2009, Brazil joined with Russia, India, China, and South Africa to form BRICS, a new alliance with the goal to rearrange the power relations of global trade and politics.

Brazil’s role did not please the White House, which—avoiding the crudeness of a military coup—staged a successful operation, in alliance with sectors of the Brazilian elite, that used the Brazilian legislature, judiciary system, and media to overthrow the government of President Dilma Rousseff in 2016 and to cause the arrest of President Lula in 2018 (who was then leading the polls in the presidential election). Both were accused of a corruption scheme involving the Brazilian state oil company, and an investigation by Brazil’s judiciary known as Operation Car Wash ensued. The participation of both the U.S. Department of Justice and the FBI in that investigation was revealed following a massive leak of the Telegram chats of Operation Car Wash’s lead prosecutor. However, before the U.S. interference was uncovered, the removal of Lula and Dilma from politics brought the right wing back to power in Brasília; Brazil no longer played a leading role in either the regional or the global projects that could weaken U.S. power. Brazil abandoned UNASUR and CELAC, and remains in BRICS only formally—as is also the case with India—weakening the perspective of strategic alliances of the Global South.

In recent years, Latin America has experienced a new wave of progressive governments. The idea of regional integration has returned to the table. After four years without a summit meeting, CELAC reconvened in September 2021 under the leadership of Mexican President Andrés Manuel López Obrador and Argentine President Alberto Fernández. Should Gustavo Petro win the Colombian presidential election in May 2022, and Lula win his campaign for reelection to Brazil’s presidency in October 2022, for the first time in decades, the four largest economies in Latin America (Brazil, Mexico, Argentina, and Colombia) would be governed by the center-left, notably supporters of Latin American and Caribbean integration. Lula has said that if he wins the presidency, Brazil will return to CELAC and will resume an active stance in BRICS.

The Global South might be prepared to reemerge by the end of the year and create space for itself within the world order. Evidence for this is in the lack of unanimity that greeted NATO’s attempt to create the largest coalition to sanction Russia. This NATO project has aroused a backlash around the Global South. Even governments that condemn the war (such as Argentina, Brazil, India, and South Africa) do not agree with NATO’s unilateral sanction policy and prefer to support negotiations for a peaceful solution. The idea of resuming a movement of the nonaligned — inspired by the initiative launched at the conference held in Bandung, Indonesia, in 1955 — has found resonance in numerous circles.

Their intention is correct. They seek to de-escalate global political tensions, which are a threat to the sovereignty of countries and tend to negatively impact the global economy. The spirit of nonconfrontation, and peace, of the Bandung Conference is urgent today.

But the Non-Aligned Movement emerged as a refusal by Third World countries to choose a side in the polarization between the United States and USSR during the Cold War. They were fighting for their sovereignty and the right to have relations with the countries of both systems, without their foreign policy being decided in Washington or Moscow.

This is not the current scenario. Only the Washington-Brussels axis (and allies) demand alignment with their so-called “rules-based international order.” Those who do not align suffer from sanctions applied against dozens of countries (devastating entire economies, such as those of Venezuela and Cuba), illegal confiscation of hundreds of billions of dollars in assets (as in the cases of Venezuela, Iran, Afghanistan, and Russia), invasions and interference resulting in genocidal wars (as in Iraq, Syria, Libya, and Afghanistan), and outside support for “color revolutions” (from Ukraine in 2014 to Brazil in 2016). The demand for alignment comes only from the West, not from China or Russia.

Humanity faces urgent challenges, such as inequality, hunger, the climate crisis, and the threat of new pandemics. To overcome them, regional alliances in the Global South must be able to institute a new multipolarity in global politics. But the usual suspects may have other plans for humanity.

This article was produced by the Morning Star and Globetrotter. Marco Fernandes is a researcher at Tricontinental: Institute for Social Research (a pillar of the International Peoples’ Assembly). He is a member of the No Cold War campaign and is a co-founder and co-editor of News on China (Dongsheng). He lives in Shanghai.