Statement from the John Parker for U.S. Senate Campaign

The history of labor in the U.S. is similar to the history of labor in South Korea in terms of how the capitalist ruling class always attempts to undermine the effective organization of workers. And they have two similar strategies: one is to deny any labor rights or rights to organize unions, and the other is to create phony unions and union leaders picked by the ruling class to weaken organized labor.

In both cases, eventually the rank-and-file workers are successful in making their demands – the demands of organized labor, the unemployed and poor, and even non-unionized workers – heard.

The history of the South Korean and U.S. labor movement is one of workers combating the sabotage of capitalist governments whose definition of economic success is contingent upon taking increasingly more from the workers, through longer work hours, wage cuts, austerity taking our social services, and especially now – global inflation that acts as a wage cut, exacerbated by the U.S.-led NATO proxy war in Ukraine threatening World War III.

As workers in the U.S. fight to make their unions fight, the Korean Confederation of Trade Unions (KCTU), which emerged as the answer to phony unions; which pushed greater unity amongst all workers – no matter their industry; and which bridged the international connections with workers abroad, remains a powerful example that cannot be stopped.

The answer to attacks on our unions and workers is to fight even harder and make our unions fight harder. The answer to the offshoring of jobs and decentralization and greater privatization is to build greater unity amongst all workers and build international solidarity.

And, like in the U.S., the pandemic has been bad for South Korean workers, but very good for private companies that employ them. Delivery workers in S. Korea – working 84 hours a week and dying as a result – see their employers making an 11% increase in profit due to the pandemic.

We face similar conditions, and although our labor organization pales in comparison to that of the militancy of the South Korean workers, we are learning and changing and our most oppressed workers are rising up in the Amazon shops from Alabama to New York, where the first Amazon union was established.

But there is also a weight around all of us, which holds us back. That is the shared condition of privatized production. The change to our conditions is limited as long as we do not control our workplaces, factories and other forces of production. We must be the ones making the decisions of what gets produced, how it gets produced, and most importantly, how the wealth we create as workers is shared equitably in society.

So as we fight to build strength through international solidarity, let’s keep our eyes on the prize:  a society where working and poor people decide the issues of economics, health care, wages and the elimination of war and poverty. 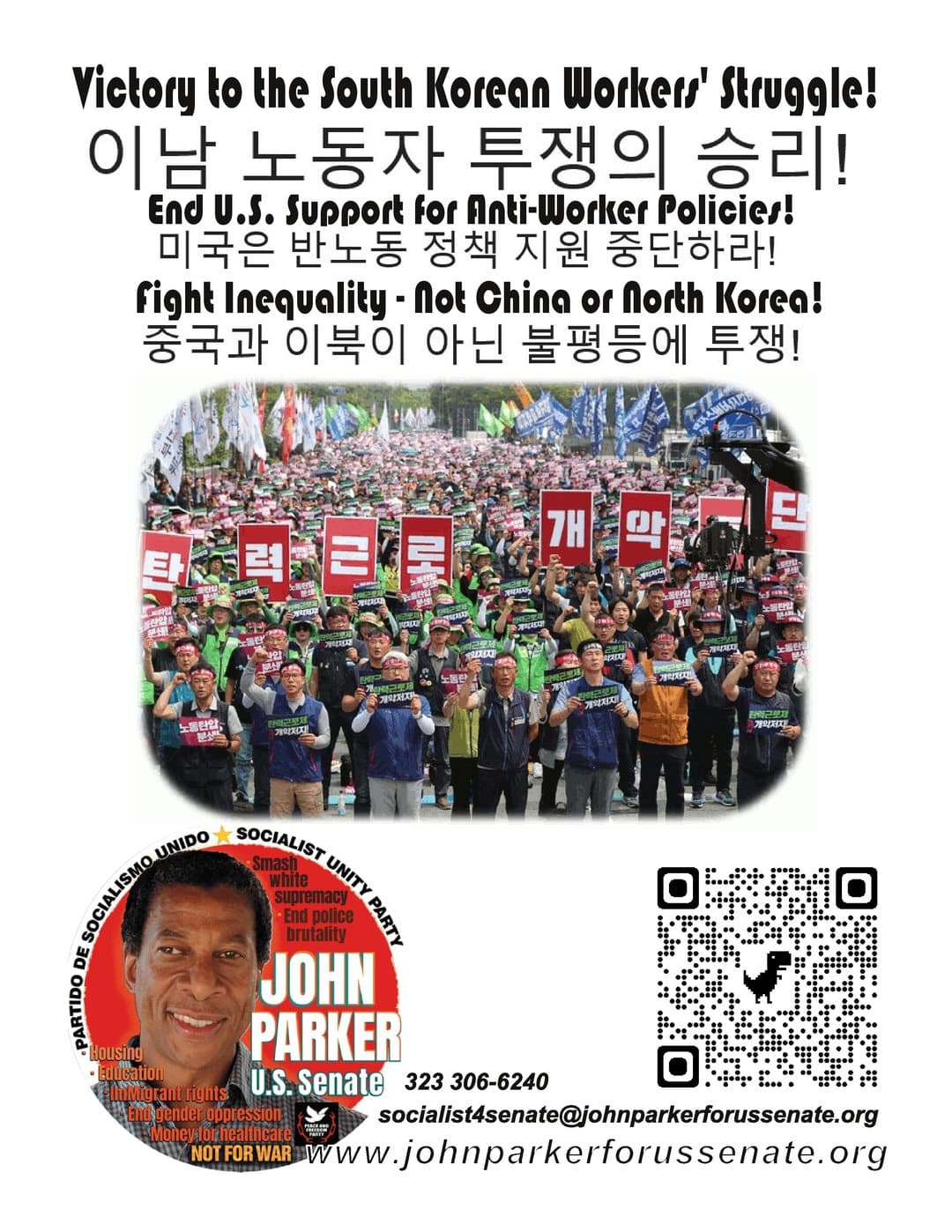