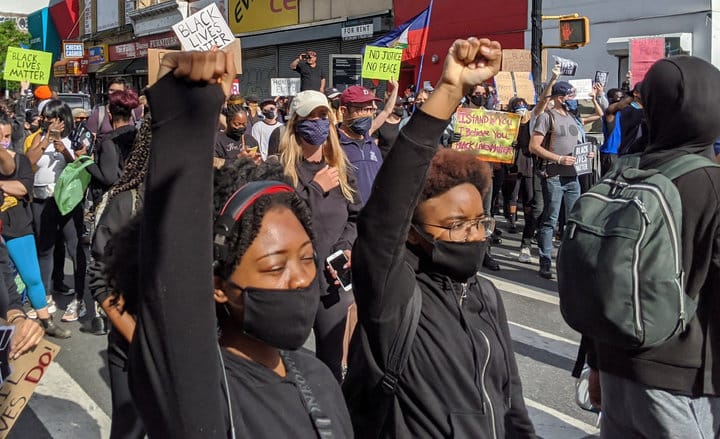 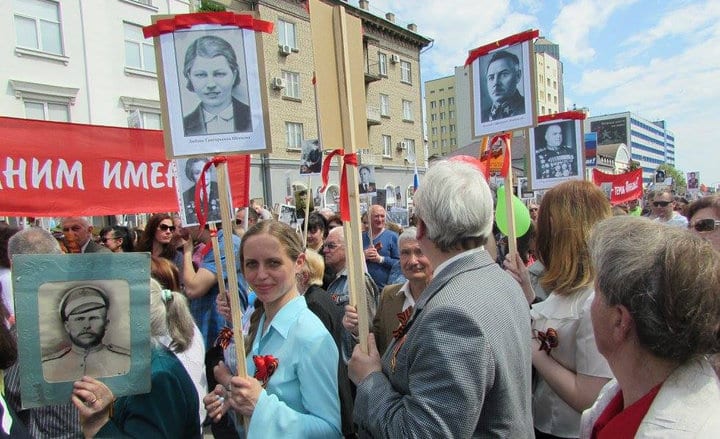 This May, as U.S. imperialism wages a criminal proxy war against Russia on the territory of Ukraine and the Donbass republics, the workers’ movement should take steps toward organizing to defeat imperialist war and fascism. Three days of fight-back give us an opportunity to begin that urgent work.

May 1 is International Workers’ Day, commemorating the 1886 Haymarket protest and deadly police repression in Chicago. The day of international working-class solidarity is celebrated around the world. In the United States, anti-communism and anti-Sovietism nearly wiped out May Day for decades, until it was revitalized by the struggle of undocumented immigrant workers in the early 2000s.

May 2 marks the anniversary of another massacre: in Odessa, Ukraine, in 2014, carried out by U.S.-backed neo-Nazis. At least 48 anti-fascist protesters were killed when supporters of the illegal Maidan coup set fire to the House of Trade Unions and slaughtered those who tried to escape the burning building. This massacre isn’t yet well known in the U.S. but should be, since it illuminates the ugly reality behind Washington’s “Stand with Ukraine” war propaganda.

May 9, meanwhile, is recognized in the former Soviet countries and much of the world as Victory Day – marking the final defeat of Nazi Germany in 1945. It’s no surprise that this day isn’t celebrated in the U.S., since it challenges the well-cultivated myth that the U.S. was the lynchpin in the defeat of the Third Reich. But in reality, the USSR and its partisan allies across Europe defeated German imperialism – at the cost of 27 million civilian and military lives and the destruction of much of the socialist country’s infrastructure.

In the Donbass people’s republics of Donetsk and Lugansk, in Russia, and until eight years ago in Ukraine itself, the period from May 1 through 9 is an important holiday time when people remember those who sacrificed so much to defeat the 20th century fascist menace.

Since 2014, it has gained new meaning in Donbass, as people also honor those family members and neighbors who’ve died defending the republics from Ukraine’s NATO-armed military – including the neo-Nazi battalions that form the backbone of the current Ukrainian state.

This May 1-2, it’s been announced that Odessa will be under day-long curfews to prevent any expression of working-class struggle or opposition to the Zelensky/NATO regime. Ukrainian President Zelensky recently appointed the leader of the fascist Aidar Battalion as governor of the Odessa region.

Victory Day commemorations have been banned in Ukraine since 2014. Elders who have taken to the streets in defiance of the Ukrainian regime to mark Victory Day have been arrested by police and beaten by neo-Nazis.

President Joe Biden has requested a $33-billion addition to the U.S. war budget to pump even more weapons into Ukraine to counter the Special Military Operation of the Donbass republics, Ukraine’s anti-fascist underground and the Russian Federation. The aim of the Special Military Operation is to denazify and disarm the NATO-controlled Ukrainian regime.

Given the eagerness of Democrats and Republicans alike to support the U.S. proxy war, there’s little doubt Biden’s request will be granted – if not more.

Along with the military-industrial complex, U.S. Big Oil and Big Banks will profit handsomely. A key motivation for launching a major European conflict was to cut off the supply of Russian fuel to Washington’s Western European allies, to ensure their money flows into U.S. coffers.

But the war drive is a disaster for working-class and oppressed people. While Washington pours a fortune into war, sacrificing the lives of Ukrainian and Donbass workers for Wall Street’s gain, people here are left holding the bag in the aftermath of the devastating pandemic.

Rents are skyrocketing and evictions alongside them. Inflation is slamming the lives of workers from the grocery store to the gas pump. Biden and the Democratic-controlled Congress have reneged on every promise they made to their voter base: protecting the right to organize, stopping police brutality, defending reproductive rights, LGBTQ2S rights and Black voters’ rights, canceling student debt, action to stop climate change, and on and on.

An even more devastating economic crisis looms. On April 28, it was announced that the U.S. economy shrank and the Gross Domestic Product fell 1.4%, the first contraction since the beginning of the COVID-19 pandemic.

Censorship and hate-crime propaganda have soared to new heights. The Biden administration and Big Tech have methodically censored workers’ access to factual information and alternative views on the conflict in Ukraine. Washington is setting up a “Disinformation Governance Board” under the Department of Homeland Security to deepen the war censorship.

At the same time, the recently announced buyout of Twitter by super-rich bigot Elon Musk with the backing of big banks indicates that, in tandem with the war censorship, the weak curbs introduced on social media fascists after Jan. 6, 2020, will be removed, giving white supremacists free reign to escalate their divide-and-conquer attacks that fuel violence against people of color, trans people and other oppressed sections of the working class.

“During a reactionary war a revolutionary class cannot but desire the defeat of its government,” wrote Marxist leader V.I. Lenin in 1915. “This is axiomatic, and disputed only by conscious partisans or helpless satellites of the social-chauvinists. The opponents of the defeat slogan are simply afraid of themselves when they refuse to recognize the very obvious fact of the inseparable link between revolutionary agitation against the government and helping bring about its defeat.”

Unfortunately, in 2022, many of the socialist, communist and other organizations that claim to represent the working class have forgotten this critical lesson. Many anti-war and left groups have bent to the intense pressure of imperialist propaganda and thrown their support behind the U.S. proxy war directly or indirectly. Others are keeping their heads down, afraid to take to the streets or go to the working class to refute Washington’s war lies.

But there are signs of hope. Of particular significance are the powerful union-organizing drives at Amazon and Starbucks, fueled by young workers, Black and Brown workers, women and queer workers, including the ground-breaking victory of the Amazon Labor Union in Staten Island, New York. In Oakland, California, teachers and longshore workers united to shut down the city’s schools and ports April 29 to fight racist gentrification. Grassroots movements are fighting tooth-and-nail to defend trans youth and people who need abortions from repressive laws in Texas, Florida and other Republican-dominated states.

Despite the grim conditions facing our class, we must remind ourselves that it has been less than two years since the George Floyd uprising against racist police terror shook the ruling class with the biggest movement for social change in the country’s history. Today’s right-wing offensive from the top is a reaction to that powerful struggle.

We know that millions of people can and will fight back. The job of the revolutionary left is to connect the dots of the many struggles, to help the workers overcome the divide-and-conquer politics of the capitalists by building solidarity with the most oppressed, and to show how the bosses’ war against workers here and U.S. wars around the world are one and the same.

Workers and oppressed peoples of the world unite – to defeat imperialist war and fascism!