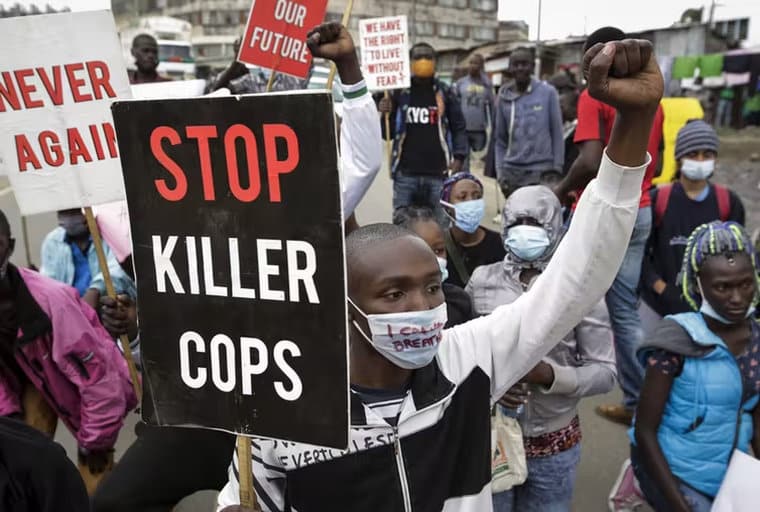 March 2, the day after President Joe Biden delivered the State of the Union speech, 12-year-old Thomas Siderio was shot and killed by Philadelphia police officers.

Investigators say that a bullet was fired into an unmarked police vehicle with four undercover police officers inside. Two officers got out of the car and fired at Siderio. One chased him, then shot him in the back while he was running away.

The Philadelphia police commissioner said the officer who killed Siderio will be fired at the end of his 30-day suspension due to violations of the “use of force policy” directive that prohibits shooting someone who is fleeing and not pointing a gun at the officer. The police say it is unknown who fired at the police car. News reports say the police suspect it was one of two young men they were following, not Siderio.

The Family and Friends of Siderio mourned the loss days after he was shot and killed by police. They are confused and looking for answers. Siderio’s former foster mom said, “I feel that I failed him, I admit it; we tried. I love him to death; and I will always miss him.”  His biological mom hired a high-powered law firm to take his case.

President Biden in his speech, recounted his recent visit to the New York City Police Department days after the funerals of two police officers.

He went on to claim that the Justice Department is assuring police accountability, requiring body cameras, banning the choke hold, and restricting no-knock warrants. That’s what they say. But most significantly, Biden nearly led a chant of “Fund the police, fund them, fund them.”

Biden added that the $350 billion tax provided under his “American Rescue Plan” is to be used for cities, states, and counties “to hire more police.”

This statement drew much applause and a standing ovation from the privileged audience present listening to Biden’s speech in Washington, D.C.  Vice President Kamala Harris and Speaker of the House Nancy Pelosi stood in full view behind Biden.

How do the workers in the U.S., who pay more than their fair share of taxes, react to Biden’s statement? Workers want to change policing by minimizing the presence and contact with armed, militarized police in our states, cities, counties and communities. Workers — employed and unemployed — in Black, Brown, and poor communities are calling for community control of policing. They want tax dollars to fund livable wages, childcare, schools, college education, housing, physical and mental health care, and action on climate change. They want a real response to the economic juggernaut resulting from the pandemic and the U.S. fueling war against Russia.

How did the workers respond when Biden said, “Let’s not abandon our streets and choose between safety and equal justice? Let’s come together.”

Coming together is what workers are doing. Employed and unemployed workers are fighting, protesting in the streets against violence and for equal justice, peacefully in solidarity. Yet, they are being met with armed police, tear gas, pellet bullets, dogs, horses, and armored police vans.

The movement for justice and against racist police violence has never been about causing harm or committing violent acts against police and the capitalists. Republicans and Democrats know this. It is about safety on both sides. It is not a competition to see who is killing more people — police or civilians.

The police must be placed at a higher standard because people expect the police to be there to protect and serve. The police, like an army, are trained professionals who should know the difference between a taser and a gun, who should have knowledge of the laws and abide by them, and should not be threatening if they must pull you over for a violation.

Many people at home or in public call 911 when they sense danger; some feel a bit safer when there is a police station or noticeable police officers patrolling the streets of their community. However, for many in Black and Brown communities the opposite is felt. Some seek police to handle stressful domestic disputes or ask the police for guidance when lost. Many in Black and Brown communities seek the police only when things have reached the point of extreme desperation, as they are unsure of the police response. And when the police fail them, they all realize that the police reflect the racist, oppressive, and violent system we live in.

Many people believe that individual police officers are good, but there are a few that poison the whole criminal justice system. Police brutality and the disrespectful, dehumanizing treatment of oppressed communities is a daily occurrence that’s not restricted to just a few. Even if it were only a few, the brutality and abuse is so prevalent that all police are aware of its occurrence but refuse to act to stop it or even report it. The few who have spoken out found themselves fired from the force. So the remaining police are complicit, whether they participate directly in the behavior or not.

George Zimmerman, the vigilante who killed 17-year-old Trayvon Martin, believed he was providing a needed service to his neighborhood. So did the two vigilantes, Gregory McMichael and Travis McMichael, who killed 25-year-old Ahmaud Albery while William Bryan recorded the fatal shooting. The McMichaels reported the murder; Bryan turned in the video footage and was sent home, no arrests made. Two months later a local attorney published Bryan’s video and it went viral. The McMichaels were arrested and Bryan was arrested shortly after. If this is the way it works for non-police, imagine what the racist police officers get away with daily. The frequency of police murders and the intense racist, corrupt criminal justice system makes it evident that the whole criminal justice system needs to go.

The greatest purveyor of violence

The words of Dr. Martin Luther King Jr. are as true today as they were when he said them 55 years ago: “The greatest purveyor of violence in the world today, my own government.”

The primary role of the police is to serve the rich and protect their private property. The hundreds of thousands participating in protests nationwide are working hard to change this. What the protesters must realize is that only a revolution will change this criminal justice system … a socialist revolution.

The solution to crime prevention is not to “fund, fund, fund” the police, but to abolish the police and let working people — especially those in the oppressed communities most targeted by police — be empowered to create their own methods of safety in their communities, that reject racism and respect the right to life and human dignity. A better solution would be to fund movements for racial justice, equality, and a world where human needs are valued more than the private property of the rich.

Every day younger activists are reading and studying socialism. This is a good thing.