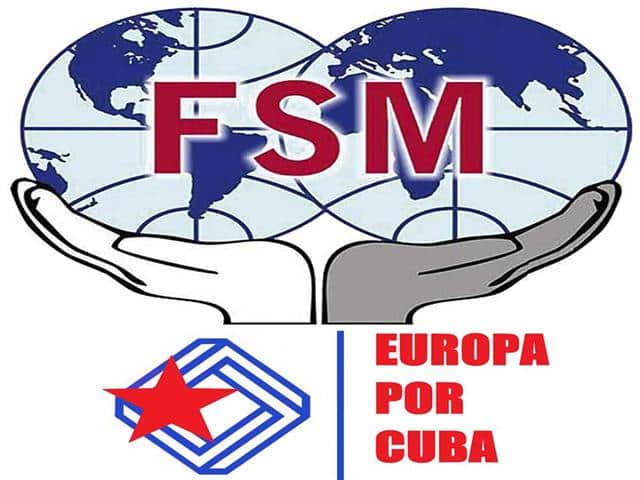 Paris, Feb 17 (Prensa Latina) — The World Federation of Trade Unions (WFTU) announced today its support to the media marathon called by the channel Europe for Cuba to denounce and condemn the blockade imposed by the United States on the island for more than 60 years.

The WFTU, the militant voice of more than 105 million workers worldwide, supports and participates in this initiative scheduled for April 2 and 3, said the organization’s Secretariat, in a communiqué shared with Prensa Latina by the European solidarity platform activated in October 2020.

In the document, the Federation recalled its traditional rejection of the economic, commercial and financial siege that Washington applies to the Caribbean country, a policy intensified in the midst of the Covid-19 pandemic.

Our union family denounced from the first moment the criminal blockade against Cuba, and through various militant actions organized throughout the planet, continues to demand its total lifting, it stressed.

The WFTU also repudiated the aggressions aimed at destabilizing the island, which it described as imperialist provocations.

On January 23, Europe for Cuba launched the call for 24 hours of uninterrupted broadcasts through social networks, radio, television and the written press against the U.S. blockade, starting on April 2 at 8:00 p.m. Central European Time.

The call consists of using all possible platforms to disseminate videos, interviews and testimonies on the siege imposed by Washington and its consequences.

According to the WFTU, the initiative is a also a good time to show its support and solidarity with the workers and people of Cuba, whom it congratulated for their achievements and resistance.

“Cuba is not alone,” the world organization concluded its communiqué.

In a statement to Prensa Latina, José Antonio Toledo — one of the coordinators of the channel — highlighted the progress made last month in responding to the call, which seeks to accompany the universal demand to put an end to the blockade against the largest of the Antilles.

We already have numerous channels, radio stations and written press that will join in on April 2 and 3, so that little by little the foundations are being laid for a world media marathon, he said.

Toledo insisted on the importance of the participation of the alternative media, many of them already confirmed, for their role against the prevailing information monopoly.