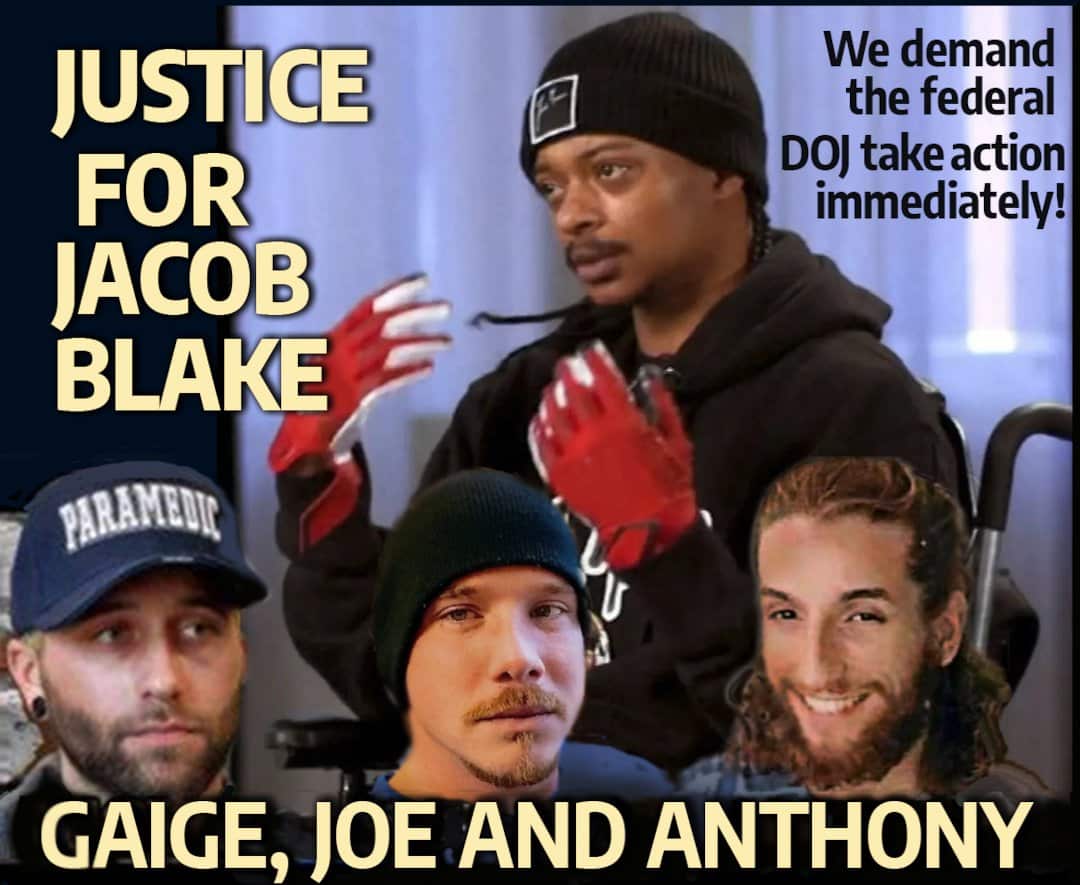 Nov. 19 — Another empowerment of white supremacy occurred today, and it was endorsed by President Joe Biden, who blessed the jury decision exonerating a racist killer.

Biden’s first public comment about the exoneration of Rittenhouse was: “The jury system works and we have to abide by it.”

That’s right: In Biden’s eyes, the jury system that usually exonerates cops and white supremacists terrorizing Black or Brown lives — even when the juries are 99% white — is working and above question.

The movement for social justice should take note of how comfortable Biden’s administration feels in dismissing the rage that is being felt by Black people and all progressive people at this moment.

What this verdict and the Biden administration are doing is actively empowering white supremacist, fascist forces: those who feel comfortable as Rep. Paul Gosar threatens to murder Alexandria Ocasio-Cortez and gets away with no criminal charges. Or with the killing of Ahmaud Arbery, a Black man in Georgia who was simply jogging.

Or the storming of the Capitol on Jan. 6, especially targeting Black and Brown Congress members for death with a hangman’s noose erected nearby, getting at most a slap on the wrist. Or basically deputizing fascists in Texas, who could get a $10,000 bounty for their part in abusing women and denying their right to an abortion.

When then-President Donald Trump implied that Rittenhouse was acting in self-defense, that empowered his beloved Proud Boys. When the police, during last year’s protests in Kenosha, offered water to this 17-year-old, who was actively inciting violence and illegally in possession of an AR-15 assault rifle, then allowed him to walk away after killing two protesters and wounding another, that empowered and encouraged white supremacist violence.

The inciting event in Kenosha that started this nightmare of racism and terror was the racist police shooting of Jacob Blake by Rusten Sheskey, a white cop. Sheskey shot Blake in the back four times, then an additional three times in the side, simply because Blake was trying to get into his own car.

This cop also received no punishment. In October, the U.S. Department of Justice said it would not bring charges against this racist cop, who can clearly be seen on video unnecessarily shooting and attempting to kill Blake in front of his children.

The justified outrage and protest by the community after Blake’s shooting was met with heavily-armed police using tear gas and lethal force, while these same cops did nothing to stop the openly racist militias organizing with assault weapons to attack the protesters. This undoubtedly made Rittenhouse feel above the law and righteous in his white supremacy.

Rittenhouse felt invincible when he aimed his weapon at protesters while walking around to taunt them. When the cops offered him water that night, he knew he was being encouraged in his “sacred mission” — one he shared with the Proud Boys he later posed with.

After making bail, Rittenhouse was photographed in a bar flashing a white supremacist hand sign while standing next to high-ranking members of that group. That photo was not allowed as evidence to show his intent. Neither was a video where he proclaimed his desire to shoot “shoplifters.”

Right to self-defense against racist killers

During the trial it was made clear that Rittenhouse went into a community that was not his own to provoke a confrontation. Rittenhouse was driven for more than half an hour, across state lines, from his home in Illinois to Kenosha, where he stood in illegal possession of a military-style assault rifle with murderous intent.

The first person he shot and killed was Joseph Rosenbaum, whom Rittenhouse admitted was unarmed. In fact, the prosecution presented evidence from an FBI surveillance plane showing Rittenhouse following and confronting Rosenbaum. After the initial shot that brought Rosenbaum down, Rittenhouse continued shooting until he was dead.

This is what led to Rittenhouse being chased by those who put their lives on the line to protect the protesters against an active shooter. Another anti-racist protester, Anthony Huber, who like Rosenbaum was white and concerned for the welfare of the mostly-Black participants at the rally, was also killed by Rittenhouse. Gaige Grosskreutz was shot and wounded.

Rosenbaum’s, Huber’s and Grosskreutz’s solidarity and courage demand justice, along with the community under siege by racist thugs and the police. But justice won’t come from Biden — who admitted he didn’t even care enough to watch the trial.

Justin Blake, uncle of Jacob Blake, said at a protest after the verdict: “This President Biden and Harris sold out our family, sold out the Floyds … and the Taylor family. They said they were going to do things to square up what was going on in the African American community and have not, so juries like this will continue to happen … this was a god-awful sight for the world to see, the racism and the underbelly of racism that runs throughout this country in every jurisdiction.”

Both Democratic and Republican administrations have sold out the victims of racism and police terror by design — the design of a system in decline, where more vital services are being cut while poverty, homelessness and sickness grow, sacrificed at the altar of profit for the ultra-rich ruling class. The people’s demands for healthcare and economic justice are met with repression to discourage activism.

Repression includes the use of shock troops or extrajudicial entities, which are given cover by court chambers like that of Judge Bruce Schroeder. After the exoneration of all charges, the judge said he “couldn’t have asked for a better jury.”

We need a better design of coordinated and unified activism, solidarity and unity, especially with the most oppressed Black, Brown and Indigenous communities. We need a design to build the type of actions outside of the courtrooms and legislative halls that shut down business as usual, unify our working class and people’s organizations like unions, support anti-racist and national liberation struggles, women’s struggles, LGBTQ2S movements, and provide defense from these emerging fascists empowered by racist judges and the white supremacist capitalist system.

The truth is that victories, like the conviction of George Floyd’s killer Derek Chauvin, are vital and important to move forward. But it must be remembered that this victory came from the militant protests demanding it. As we have just seen, that progress can be stolen as soon as the local, state and federal government feel the heat of militant street activism is off.

Not only is it necessary to keep up the heat, but also to better understand the necessity of bringing down this system that denies working people a voice in government; allows the use of all-white or nearly all-white juries; denies our demand that the profits we create be used for responsible, effective and universal healthcare that could have prevented most of the deaths from COVID-19 here in the U.S., instead of being used for imperialist war or racist police institutions that enable white supremacists.

That’s what socialism is all about — giving workers and poor and oppressed peoples the right to govern the profits they create for society, determine their own security forces, and eliminate those entities that protect and serve only the needs of the rich.

In the broad fight-back movement, we won’t all have the same opinion on the type of government we need or even if a revolution is necessary. But we can all agree today that action is needed to increase the heat on the Biden administration, to make it a lot less comfortable with its daily empowerment of the growing white supremacist, fascist danger.

John Parker is the West Coast coordinator of the Socialist Unity Party. 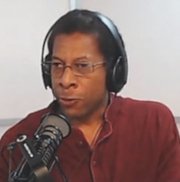