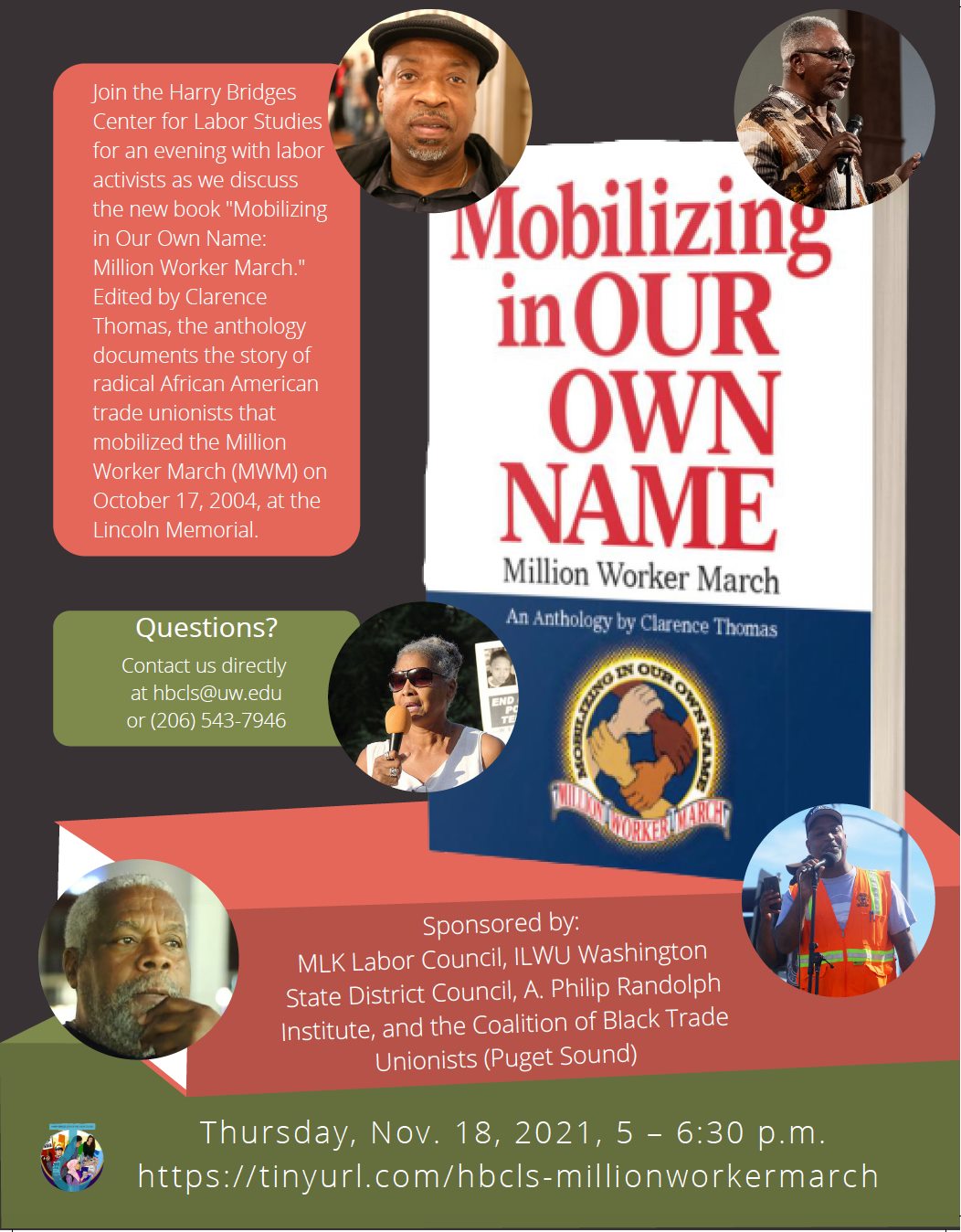 Join the Harry Bridges Center for Labor Studies for an evening with labor activists Gabriel Prawl, Chris Silvera, Clarence Thomas, Brenda Stokely, and Trent Willis, as we discuss the new book “Mobilizing in Our Own Name: Million Worker March.” The event will be moderated by Professor Peter Cole (Western Illinois University).

Edited by Clarence Thomas, “Mobilizing in Our Own Name” documents the story of radical African American trade unionists from one of the most renowned radical labor organizations in the world, the International Longshore and Warehouse Union (ILWU) Local 10, that defied the Democratic Party and the AFL-CIO and mobilized the Million Worker March (MWM) on October 17, 2004, at the Lincoln Memorial.

The MWM called for an independent mobilization of working people, with a workers’ agenda to address the unrestrained class warfare by the captains of capital. This historic event, which was viewed on C-Span, attracted thousands of workers (organized and unorganized), immigrant rights groups, anti-war activists, community organizations, social movements, youth, and trade unionists from around the world.

This anthology captures radical workers’ actions and struggles written by activists as those events were happening through news articles, interviews, photos, posters, leaflets, and video transcripts.

For more information about the book, visit https://millionworkermarch.com