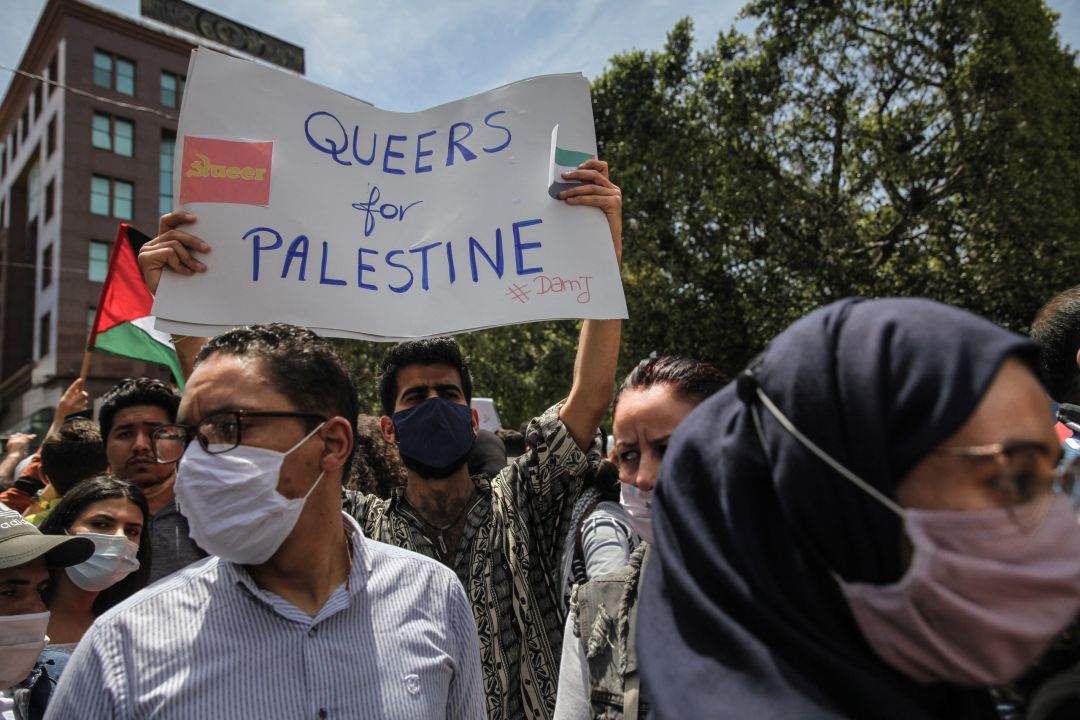 The Socialist Unity Party/Partido por el Socialismo Unido stands in solidarity with the Lesbian/Gay/Bi/Trans/Queer/Two-Spirit (LGBTQ2S) community, not only as we celebrate Pride Month, but also as queer people continue to fight back against the systemic oppression imposed on us by capitalism.

We are encouraged by the growing number of Pride marches around the country now demanding that police not be allowed to participate due to continued arrests and harrassment of the queer community.

The clarion call to reclaim Pride has been heard in all corners of the country. It reminds people that Stonewall was a rebellion sparked by the frustration of repeated humiliation and violence by the New York Police Department.

That three-day rebellion grew into a movement of resistance — not just against police terror, but one that opened up the fight for respect for the queer community. It demanded an end to discriminatory firings and being kicked out of apartments, as well as out of families. The movement worked hard to show the world that “Gay is Good.”

Over the past year, the queer community has come out in large numbers as part of the Black Lives Matter movement, calling for justice for the many Black and Latinx people who have been murdered by police. There is a natural link between these communities, as both movements began as rebellions against police brutality and killings. It is well known that oppression breeds resistance.

This natural alliance defies the wishes of the capitalist class, which only seeks to break down the mutual support and solidarity which strengthens these two working-class movements.

Liberation for Palestine and LGBTQ2S

Today the fightback against repression is strongest in those communities that have come under tremendous attack. Just as the Stonewall Rebellion was a community united against years of beatings and disrespect, so too are our Palestinian siblings united as they continue their decades-long resistance to Israeli occupation and life under apartheid conditions.

We condemn the recent U.S.-armed-and-funded Israeli bombings in Gaza that killed at least 260 Palestinians and left thousands homeless. We condemn the actions of racist Israeli settlers evicting residents who have lived for decades in the East Jerusalem area of Sheik Jarrah. This ethnic cleansing is deplorable and a crime against humanity.

We call on the queer community to resist the attempts at “pinkwashing” by the state of Israel, which tries to paint itself as the perfect tourist destination. This only uses the queer community as a pawn as the U.S. and Israel try to justify the theft of Palestinian land.

We have nothing to gain in supporting Israeli atrocities committed against our Palestinian siblings.

We stand with the Reclaim Pride Coalition marchers and other queer activists who were brutally attacked by the NYPD during the past year. It’s said that a leopard never changes its spots. While it is good that police have been banned from the NYC Heritage of Pride march, that event continues to pander to corporate interests.

The Queer Liberation March, which is also held on the last Sunday of June, lifts up the original, radical politics of the movement that began that summer night in 1969 — for those who have forgotten or are so young they may not have been aware.

Although many gains have been won over the 52 years since Stonewall, the struggle is not over.

The right wing continues to use our rights as a galvanizing tool at election time. Same-sex marriage rights are constantly under attack. There is still not a federal law prohibiting discrimination in employment, housing and public accommodations.

Trump is gone, but his followers in legislatures around the country have introduced one bill after another trying to undo the gains we have made. The right-wing packed U.S. Supreme Court has agreed to hear cases that may grant the right to discriminate based on religious beliefs, as well denying same-sex couples the right to be foster parents or to adopt.

The most vulnerable segment of the queer community — transgender individuals — live with day-to-day fear of physical as well as political attacks. The number of transwomen murdered so far this year has already surpassed last year’s number. The right wing is strongly pressing for laws that deny gender-affirming healthcare to youth and allow legal molestation of transgirls in school sports by checking to see which genitals they have.

We reject these attempts to misgender and repress our transgender sisters. We assert that transwomen are women.

Capitalism has only misery to offer the queer community. It will take the socialist reorganization of society to ensure that LGBTQ2S people are able to live in dignity.

Stonewall still means fightback — for our liberation, and for the entire working class!