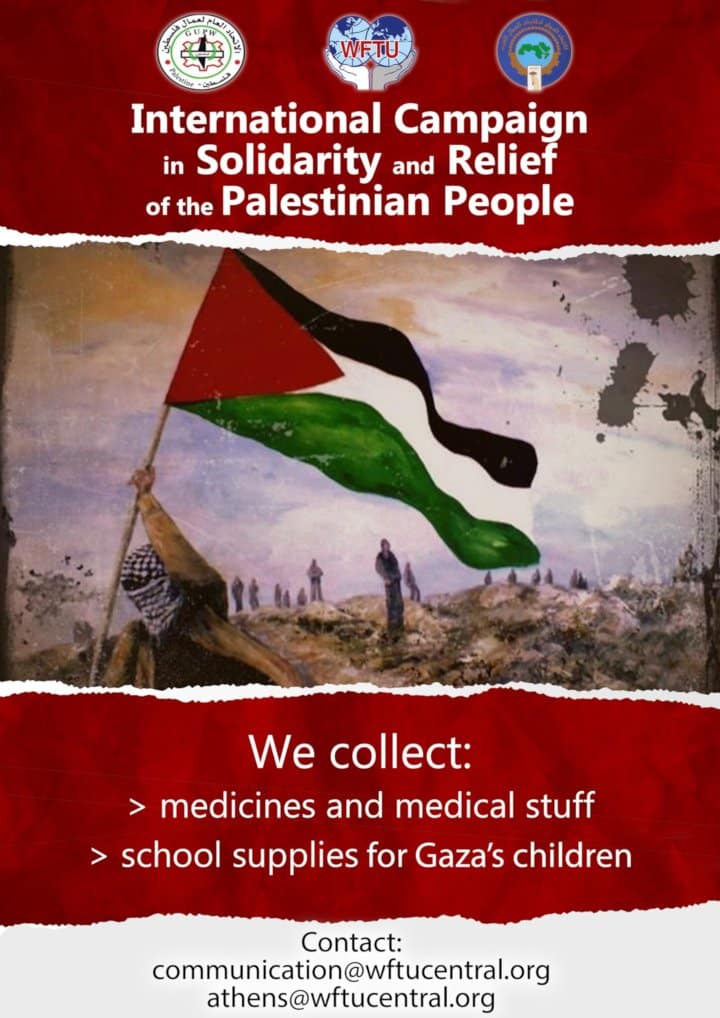 On May 18, the World Federation of Trade Unions (WFTU) held an emergency international zoom conference in support of the Palestinian people. Present on this call were progressive labor activists from over 150 countries, including Venezuela, South Africa, Iran, the Deomcratic People’s Republic of Korea, Greece and Palestine itself.

George Mavrikos, WFTY General Secretary, gave the keynote address. Mavrikos made clear that not only does WFTU denounce the current Israeli occupation and bombing campaign in Palestine, but also condemns Israel’s existence.

The message of the inspiring WFTU call was clear: All unionists and workers must fight to liberate Palestine now!