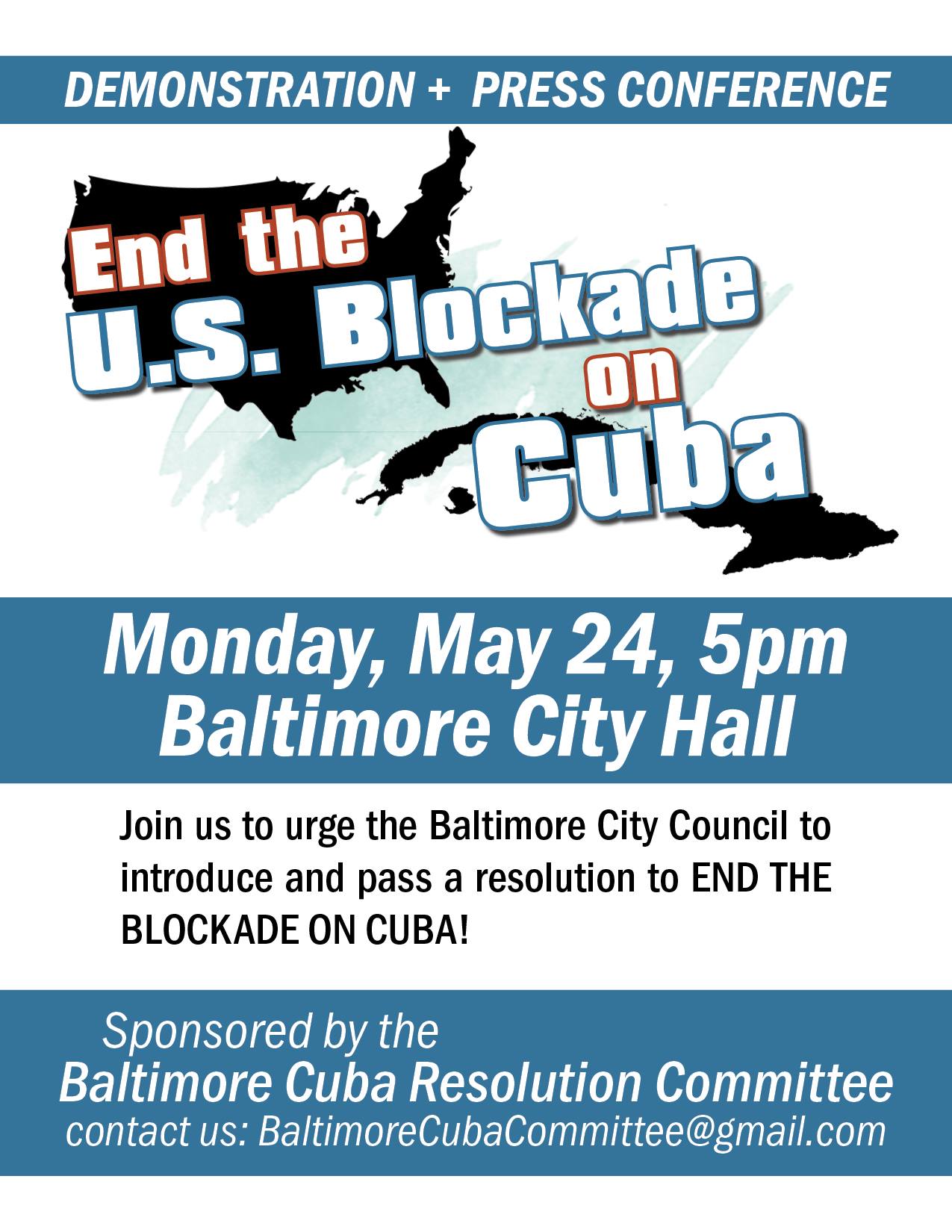 Since 2019, over 40 city and state governments, union labor councils, and school boards have passed resolutions condemning the decades-old U.S. embargo on Cuba. Baltimore City activists, many of whom have visited Cuba, have also been asking the Baltimore City Council to pass the same resolution.

After almost a year of requests, meetings, and follow-up phone calls without positive movement, the Baltimore Cuba Resolution Committee has decided to take their campaign to the public. The end of the embargo would yield not only a variety of incredible benefits to the United States, but also for Baltimore City specifically. But more importantly, the embargo creates a humanitarian crisis for the people of Cuba.

WHAT:
Press conference and demonstration to support a Baltimore City Council resolution to end the embargo on Cuba.