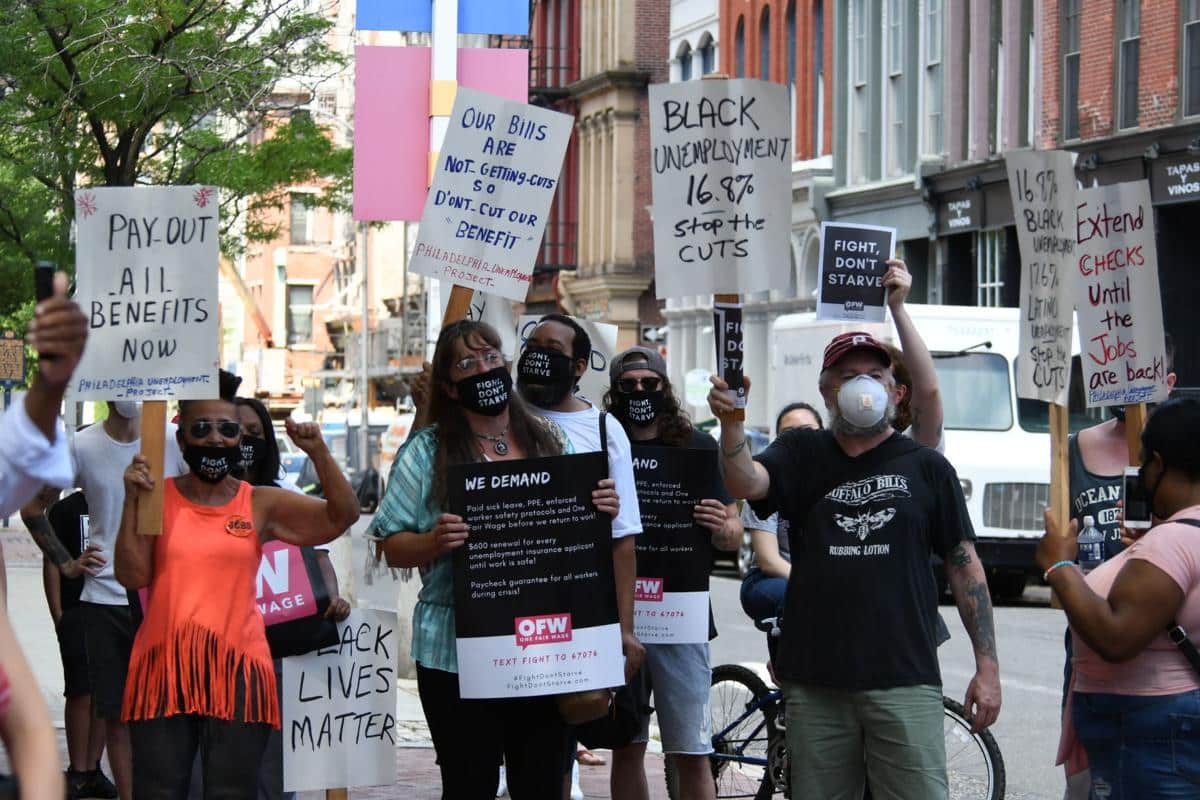 The New York Times has called the Biden presidency “an echo of Franklin Roosevelt.” Today, support for labor unions is broader and more widespread than at any time in the last five decades, including support from Trump Republicans.

“Anyone collecting unemployment who is offered a suitable job must take the job,” Biden said. That’s what happens with prisoners — forced to take any job offered — but shouldn’t happen in a free labor market.

Unemployment benefits are owed to every worker. The benefits come out of unpaid wages. The unemployment insurance program is financed through a tax that is taken indirectly from workers’ wages. Every cent that the unemployed collect is owed to the workers.

Unemployment is rising because of capitalist economic instability, not because any worker might pass on taking the low-wage, no-benefits jobs being offered.