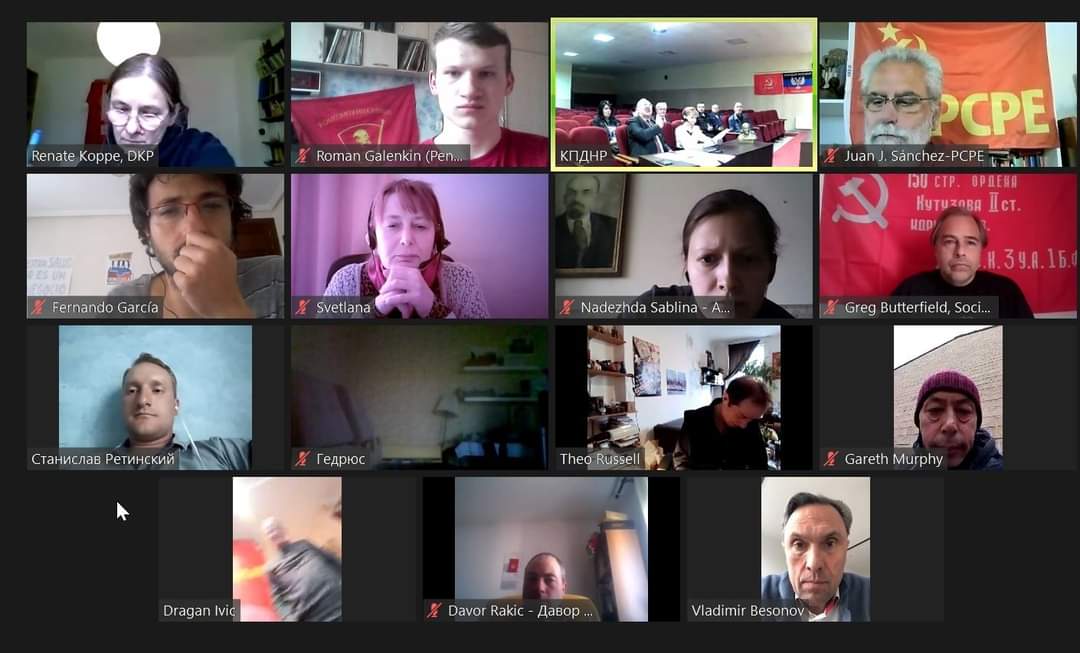 Resolution of the International Anti-Fascist Forum, May 8, 2021, Donetsk:

In February 2014, a coup d’état took place in Ukraine. Nationalist forces came to power, for whom fascism became their state ideology.

The residents of the Donetsk and Lugansk regions of Ukraine did not recognize the new government and its ideology.

On April 7, 2014, a congress of representatives of territorial communities, political parties and public organizations of the Donetsk region proclaimed the Act on the establishment of the Donetsk People’s Republic and adopted the Declaration of Sovereignty.

On April 14, 2014, the illegitimate Kiev regime launched a full-scale war against the people of Donbass, who had chosen the path of self-determination. The war led to thousands of civilian casualties in the region and large-scale destruction of production facilities and infrastructure.

The people’s republics of Donbass have been living in incessant hostilities for seven years already. Systematic violations of the truce by the Ukrainian side indicate that Kiev and the Western imperialists behind it are not interested in a peaceful resolution of the conflict.

With the aggravation of the general crisis of capitalism in the world, the bourgeoisie applies the most stringent measures in the struggle against the working people, up to and including the use of fascist methods. Denying the masses even the minimum legal guarantees of protest against capitalist exploitation, the workers’ right to fight for their economic and political interests, the bourgeoisie proceeds to openly suppress the protest movement by armed force.

It is necessary to resist all attempts to rehabilitate fascism, it is also necessary to prevent its political and ideological revenge in the modern world!

Only together will we, the working people of the whole world, be able to counter the fascist threat.

The participants in the Anti-Fascist Forum call upon the workers of all countries:

— to strengthen international solidarity in the fight against all forms of fascism;

— for all progressive forces of the world to cooperate in support of the Donetsk and Lugansk People’s Republics;

— for the recognition of the will of the people of Donbass to create peaceable People’s Republics;

— for the creation of an international tribunal to bring to justice the military and political criminals of Ukraine.

We, the participants in the Anti-Fascist Forum, demand:

— from the Ukrainian authorities – to stop the war in Donbass, to begin negotiations with the Donetsk and Lugansk People’s Republics on the establishment of peaceful relations;

—  from the European Union and the United States – to stop funding the military spending of the Ukrainian government and supplying arms to it;

—  from the governments and parliaments of all states – to recognize the Donetsk and Lugansk People’s Republics as sovereign states, being guided by the UN Charter, the basic principles of international law, the peoples’ right to self-determination, respecting the will of the people of Donbass confirmed in a national referendum; to establish a peaceful, friendly and mutually beneficial relationship with them.

No to the war in Donbass!

Yes to the self-determination of the DPR and the LPR!

Signatures of the participants in the action: