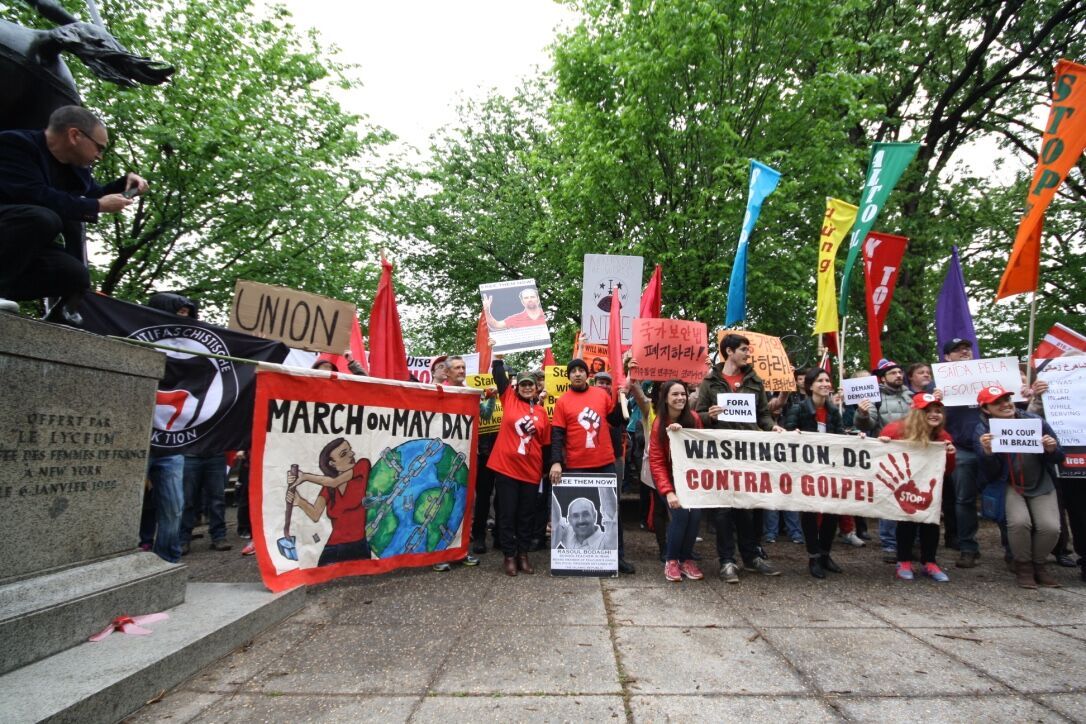 On May 1, 2021 we will join with millions of workers from every continent and country for a May Day March in an expression of international solidarity.

May Day is an international working class holiday. It is a day on which the international working class reviews its forces as it prepares to do battle with the capitalist class. For the last hundred years, the US bosses have tried to separate workers in this country from their brothers and sisters around the world by celebrating Labor Day in September. The time has come to end this division. Join us as workers across the globe unite on May Day.

May Day has a long history. It began as a commemoration of the Haymarket Massacre. In 1886, a general strike was called by the unions in Chicago as part of the fight for the eight hour working day. As a part of the day’s activities, a rally was held at Haymarket Square. The police attacked the rally and several workers were killed as well as some police. As a result, criminal charges were brought against the leadership of the unions in Chicago and several of them were hung.

In the 1930’s, workers marched on May Day to fight the rise of fascism and to stop lynching in the US. On Mayday, 1945, the red flag of revolution was raised over the Reichstag in Berlin by soldiers signifying the defeat of fascism and the end of World War II in Europe. In the late 1980’s millions of workers in South Africa marched on Mayday to help bring down the apartheid regime there. Today we march against the growing fascist movement emboldened by former President Trump and his allies.

To Smash Racism– Racism divides the working class and hurts all workers.

To Stop Mass Deportations – In 2020, over 400,000 people were deported from the United States. Workers have no borders.

To End Mass Incarceration- Over 2.3 million people are in jail in the United States. This is the highest incarceration rate in the world. We must end the war on drugs which is being used to incarcerate people of color and deny them jobs.

To Smash the Imperialist War- End the war in Afghanistan and stay out of Syria, Iran, the Crimea and Venezuela.

To Fight Sexism – the attack on women’s rights.

Health Care for All – Obamacare is a fraud. Health care is a human right.

Cancel Rents and Stop All Evictions and Foreclosures. Housing is a human right

But above all else we march for communist revolution to end the system of capitalism which thrives on racism and sexism.

We call upon all workers, students, and soldiers to join the May Day March.