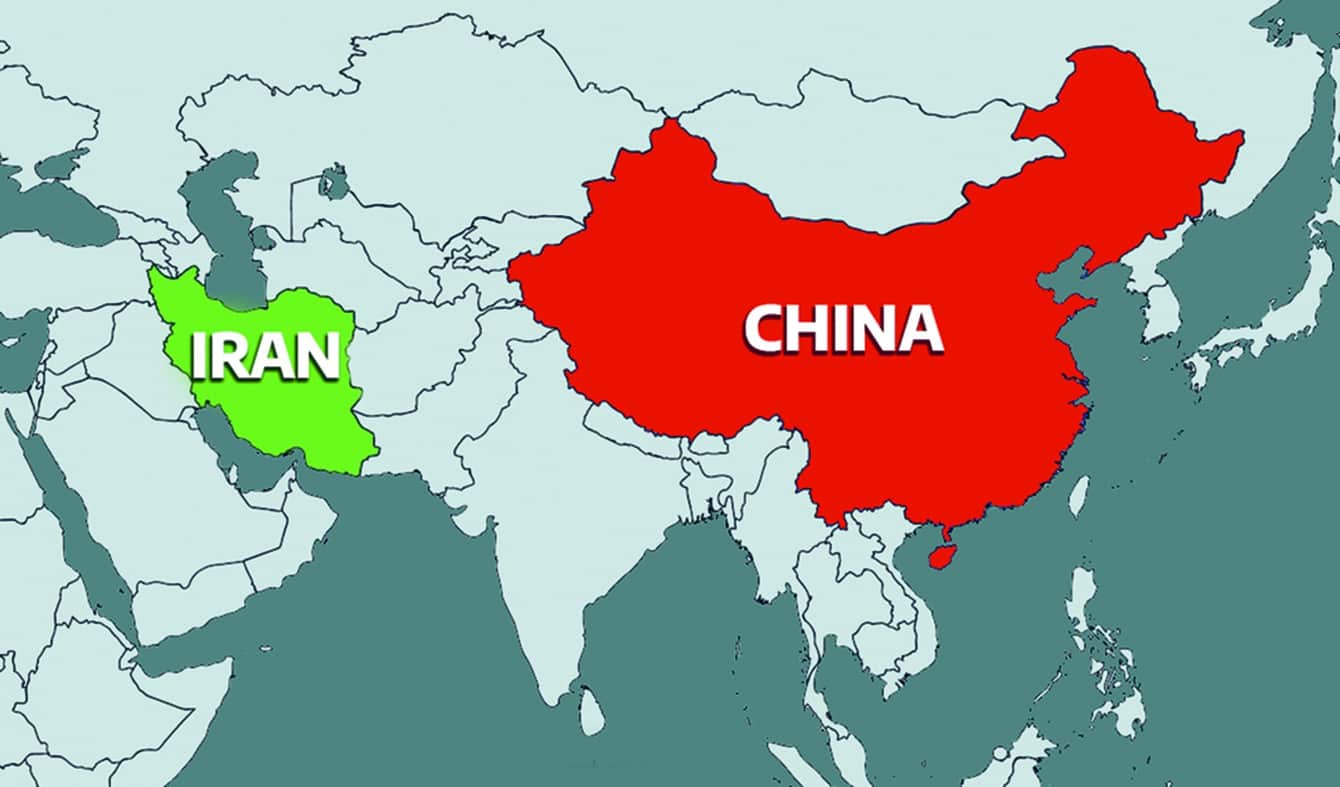 The People’s Republic of China and Iran have announced an agreement that is a direct challenge to the punishing U.S. sanctions against Iran and strikes back against the economic war on China.

China will invest $400 billion in Iran over 25 years for infrastructure and other purposes. Iran will supply China with oil for its growing economy. Both countries have been targeted by U.S. economic sanctions, and this is an agreement to forcefully bust the sanctions.

The Biden White House has carried forward a reactionary and punishing “foreign policy” from previous administrations. Sanctions that cause starvation and deprivation in targeted countries have become a favored weapon for U.S. imperialism, and were responsible for more than 1 million deaths in Iraq after the 1991 Gulf War.

Slander campaigns and gunboat diplomacy have become stock in trade for the White House and the Pentagon. Now Iran and China are drawing their own line in the sand.

The sanctions against Iran were increased when the Trump administration pulled out of a deal struck between the U.S. and Iran during the Obama administration. Iran had been developing a nuclear energy program to alleviate the domestic burden on petroleum reserves and free up petroleum for export. As part of its ongoing aggression and slander, the U.S. government accused Iran of building a nuclear weapons program.

The Obama administration negotiated a deal with Iran that it said was to limit the processing of uranium to levels that couldn’t be used for nuclear weapons. In reality, the agreement also limited low-level processing of uranium. What the U.S. was targeting was in fact Iran’s attempt to ease the economic suffering caused by the sanctions by selling petroleum on the world market.

In return for these nuclear limitations, Washington was supposed to ease the sanctions. The additional sanctions imposed when Trump broke the agreement are far worse than anything in the 40 years of U.S. animosity toward the Iranian Revolution, and are actually causing hunger and shortages of medicine and other vital supplies.

The Biden administration says that it wants to reinstate the nuclear agreement, but is insisting that Iran comply with all the restrictions first. In the meantime, none of the 240 sanctions imposed by Trump have been reversed. Iran, with China’s support, is demanding that the sanctions be eased first, to finally get some relief for the people.

The 1979 Iranian Revolution threw out the U.S.-backed monarch, Shah Mohammad Reza Pahlavi. The shah was a butcher whose feared Savak agents terrorized the Iranian people and murdered tens of thousands during the 25 years that the U.S. supported him.

The shah was installed via one of the earliest major CIA actions in 1953. The U.S. orchestrated the overthrow of President Mohammad Mossadegh, a popular and progressive leader who had nationalized U.S. and British oilfields.

The 1979 revolution in Iran is still a thorn in the side of U.S. imperialism. Iran has remained at the core of anti-imperialist resistance in West Asia and North Africa. For more than four decades, Iran has rejected every carrot offered or stick wielded by the U.S. or other imperialist countries.

Iran is aligned with the Palestinian struggle against Israeli apartheid. It has provided military aid and political support as the people of Yemen continue to fight back against a brutal war by Saudi Arabia that has blocked food and caused widespread starvation. Saudi Arabia is armed with advanced U.S. weapons.

Iran also stood by the Syrian people as the U.S., its allies and mercenaries attempted to throw out Syrian President Bashar al-Assad. Iran’s alliance with the Hezbollah movement in Lebanon has also been a crucial part of Syria’s resistance.

People’s China, though in a much stronger position relative to U.S. imperialism than Iran, is also increasingly a target of imperialist threats.

As part of the “Pivot to Asia” that began under the Obama administration and has continued since, imperialist strategists have militarily threatened and sought to isolate China in every way possible. U.S. warships steam around China as a matter of routine.

The U.S. has forged an alliance called the Quad, consisting of India, the United States, Japan and Australia, with the sole purpose of isolating and attacking China economically, diplomatically and — in the hopes and dreams of imperialist strategists — militarily.

The South China Sea is about 8,000 miles from U.S. territorial waters. Imagine if China’s warships were in the Gulf of Mexico!

Biden’s administration has continued the campaign of aggression and threats against China in its entirety. Since the earthshaking 1949 Chinese Revolution, under the leadership of the Communist Party, China has lifted more than 800 million people out of deep poverty, and in recent decades has become a global industrial powerhouse.

Moreover, China’s scientific achievements in many areas have surpassed the Western capitalist powers. China’s great success in containing the deadly COVID-19 virus demonstrated the superiority of socialist planning to the entire world.

Not only is it a rival for the giant capitalist corporations that Biden answers to, but China is also an example of what socialism can accomplish as capitalism languishes in crisis after crisis. This double threat is what underlies the hostility, aggression and slanders that emanate from every succeeding U.S. administration.

The significance of the growing relationship between Iran and China can’t be overstated. More than a trade deal, it reflects the anti-imperialist defiance of millions and millions of people.

Iranian and Chinese leaders know well that the reaction of U.S. imperialism may be dangerous. The U.S. has seized oil tankers in the past to try to enforce the terrible sanctions. No one can predict how far the U.S. will go to continue the pressure on Iran and China.

But the two countries have confidence that together they can defend their people and break the back of the sanctions regime. Anti-imperialist supporters around the world must be on the alert against U.S. aggression, and ready to defend China and Iran.