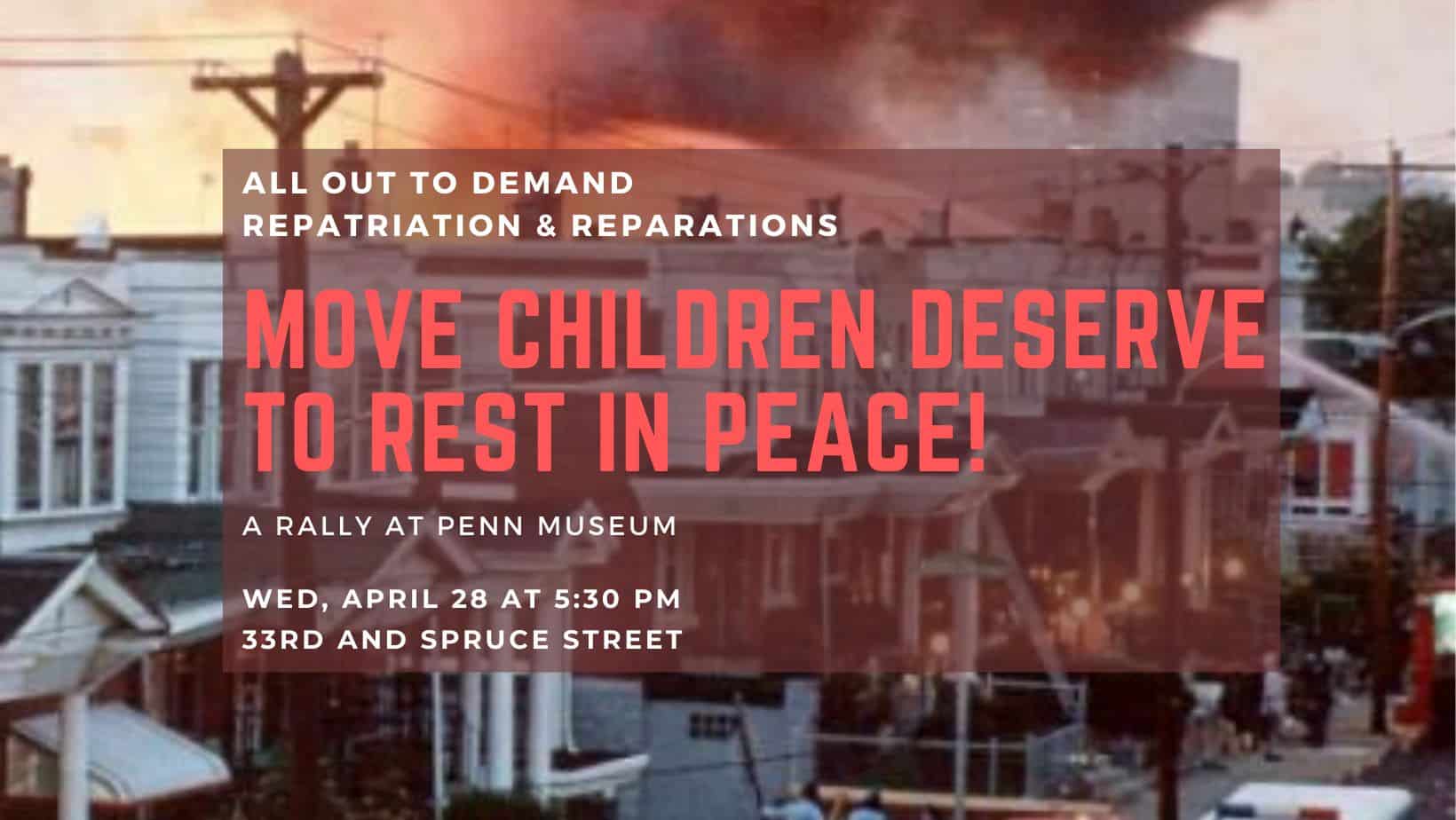 For decades, Penn Museum at University of Pennsylvania unethically held hostage the remains of Delisha Africa and Tree Africa, two children killed in the May 13, 1985 bombing of MOVE by the city of Philadelphia.

They did so without the knowledge and consent of their living family members, who believed they were buried in 1985.

This means that not only were MOVE children abused and mistreated, bombed and burned by the police, now we find out that they have not been allowed to rest in peace.

We demand answers, the return of the remains of Delisha and Tree Africa, and justice for MOVE.

The demands are:
1-immediate return of remains of Delisha and Tree Africa
2-full investigation of Penn and Princeton’s role in the unethical possession of their remains
3-fire Penn faculty and curator Janet Monge
4-a formal apology from Princeton and Penn
5-reparations for these atrocities