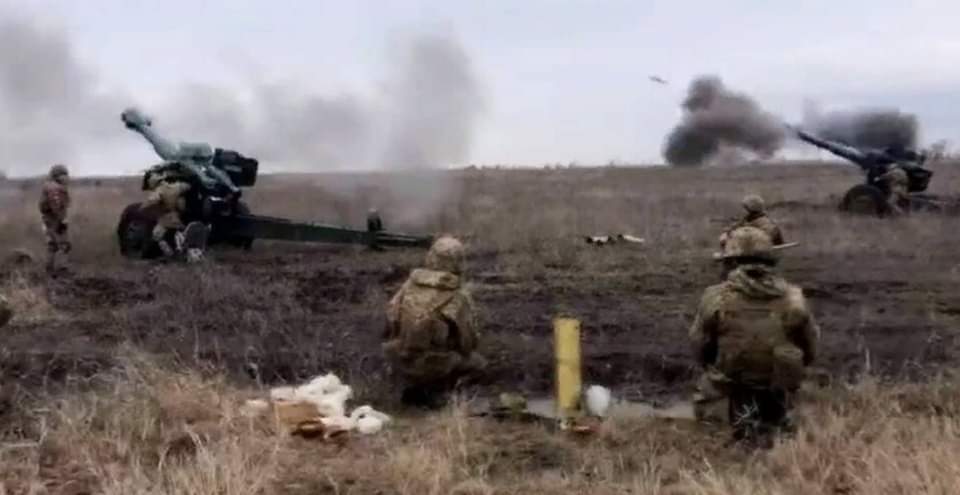 The right-wing government of Ukraine, supported by the U.S., has been at war with the people of the independent Donetsk and Lugansk republics in the Donbass region of eastern Europe for 7 years. 14,000 people have been killed, according to the United Nations. The people of Donetsk and Lugansk live under a blockade by Ukraine and its Western allies. Workers in Ukraine suffer repression, joblessness and price hikes while their government sells off the country to Wall Street.

On April 3, a Ukrainian military drone strike killed 5-year-old Vladik Shikhov and wounded his 66-year-old grandmother in Aleksandrovskoye, Donetsk. On April 4, another Ukrainian drone strike wounded a civilian in Nikolaevka, Lugansk. On March 22, a 71-year-old pensioner was killed by sniper fire near the capital of Donetsk. Many members of the anti-fascist People’s Militia have also been killed while defending residents.

Since January, Ukraine has been building up its military forces on the front line of the conflict. It uses prohibited weapons, targets civilians, schools and homes in violation of international law and regional ceasefire agreements. Battalions of troops affiliated with neo-Nazi groups have been sent to the region, replacing regular Ukrainian Army troops. But the Ukrainian and U.S. governments and mainstream media blame Donetsk and Lugansk for taking steps to defend themselves, and threaten Russia for pledging to protect the people there if Ukraine invades.

Both the Trump and Biden administrations desperately want to stop the Nord Stream 2 pipeline project that would allow Germany and other Western European countries to purchase Russian gas. Children, elders and other civilians in Donetsk and Lugansk are considered expendable targets by Kiev and Washington as they try to provoke a crisis to give them an excuse to further NATO military expansion and punish Russia.

In recent days, the U.S. and NATO have been warning of a Russian military build-up near the Ukrainian border, but never mention that one of the largest U.S. Army-led military exercises in decades has begun and will run until June: Defender Europe 2021, with 28,000 troops from 27 countries operating in a dozen countries from the Balkans to the Black Sea. This is where the real danger of war is coming from.

We say no! People in the U.S. don’t want war with Russia to protect the profits of Big Oil and U.S. banks. We don’t want the U.S. proxy regime in Ukraine to kill our sisters and brothers in Donetsk and Lugansk. We don’t want U.S. troops to be sent to fight and die in another needless conflict. We need an end to racist police brutality and anti-Asian violence. We need money for jobs, housing, healthcare and schools, not war.

End U.S. aid to the Kiev regime! End all U.S. wars and sanctions! Shut down NATO and bring the troops home!

Initiated by Solidarity with Novorossiya & Antifascist in Ukraine

To endorse or for more info, contact:
solidarityukraineantifa [at] gmail [dot] com