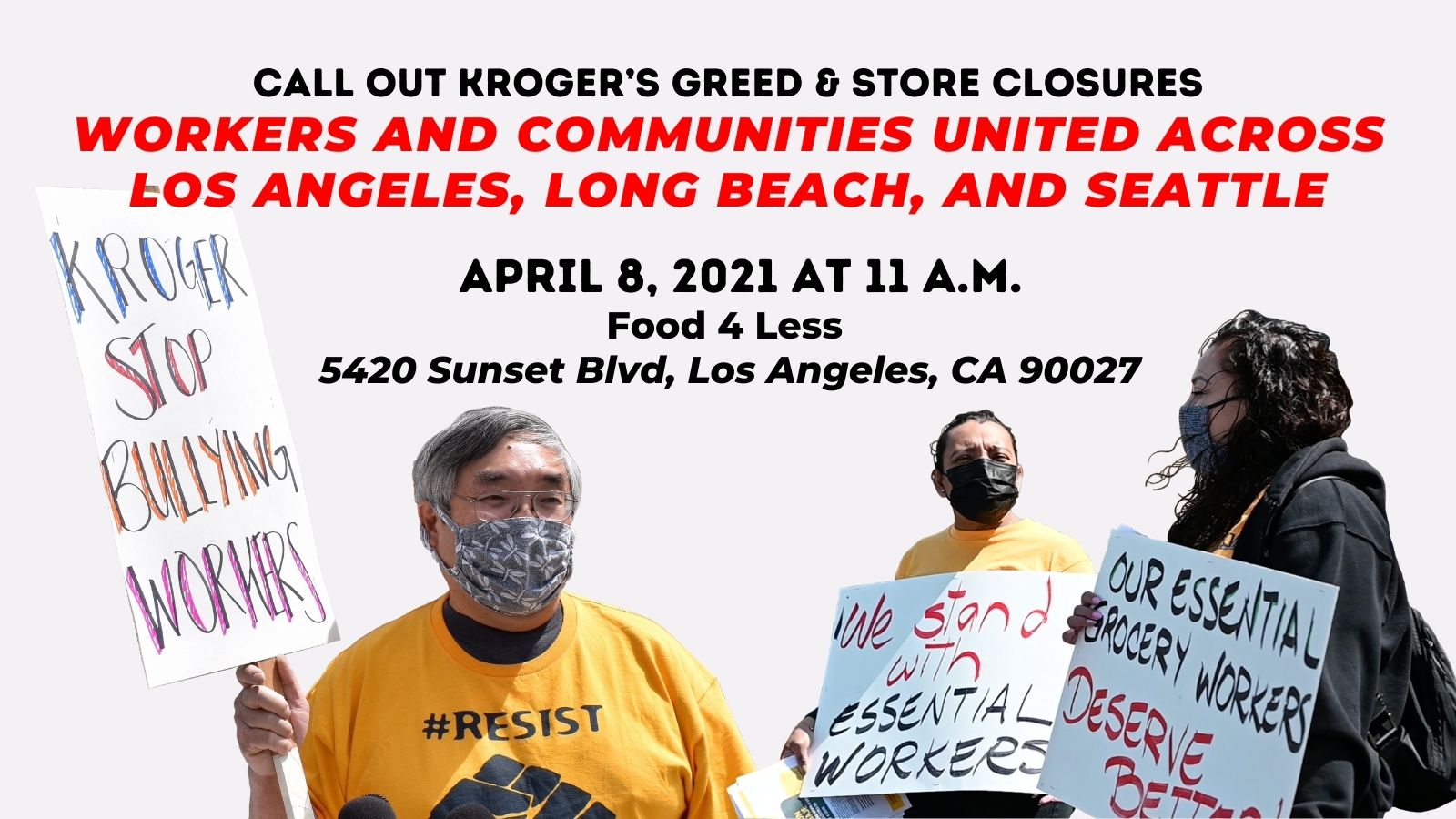 On April 8th, UFCW Locals 21, 324 and 770 are mobilizing to call out Kroger’s greed, and protest the closure of 7 stores. These demonstrations will take place simultaneously in Seattle, Long Beach, and Los Angeles where the participants will collect pennies as a symbolic donation to shame Kroger’s CEO, Rodney McMullen and expose the company’s attack on workers’ livelihoods and neighborhood supermarkets.

An oversized McMullen character will ask shoppers to drop pennies in a collective piggy bank to help the CEO out so that he can pay workers hazard pay wages.

Kroger is the largest supermarket chain in the nation. In 2020, the company pocketed a net profit of $2.6 billion while hundreds of grocery employees got infected and many even died from Covid.

As grocery employees continue to risk their lives while serving their communities, Kroger announced stores closures almost immediately after hazard pay ordinances were passed – 2 stores in Seattle, 2 in Long Beach, and 3 more stores in the LA-area.

Kroger owns the California Ralphs and Food 4 Less stores and Washington QFC stores set to shut down. The corporation falsely claims that these supermarkets are closing as a result of hazard pay, when in reality it was a clear effort to intimidate workers, the community and elected officials in an attempt to discourage any additional hazard pay ordinances from passing.

Join Ralphs, Food 4 Less, and QFC workers and their communities in their fight to stop worker layoffs and displacement. Defend the community’s right to fresh and affordable food in underserved neighborhoods!!