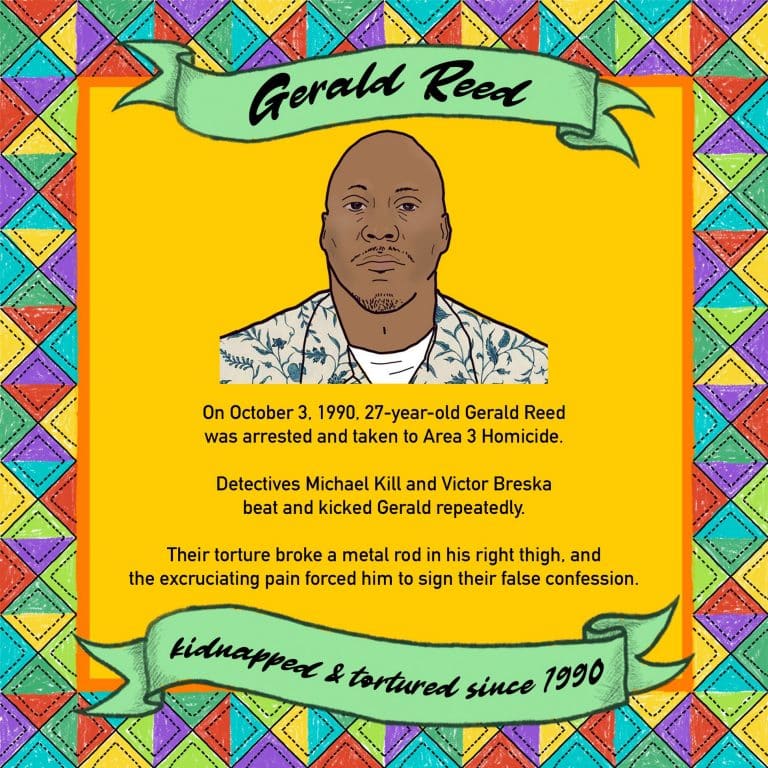 Statement from the Chicago Alliance Against Racist and Political Repression.

The Chicago Alliance Against Racist and Political Repression (CAARPR) greets the commutation of Gerald Reed’s life sentence today by Governor J. B. Pritzker as a courageous act to set right a terrible crime against a Black man committed 31 years ago. Now we need to finish the job of freeing all survivors of police torture who were convicted by confessions coerced by police and dismantling the prison industrial complex as a whole.

Reed was convicted of a double murder in 1990 after he was tortured by detectives working under the notorious Jon Burge and falsely confessed. He won a new trial after his case was referred to the court for review by the Torture Inquiry and Relief Commission (TIRC), only to have another judge in the same court resentence him to life in prison without a trial.

Led by Gerald’s mother, Armanda Schackelford, the Alliance and many organizations have been campaigning for clemency for Reed for years. The campaign took off when Jennifer Soble of the Illinois Prison Project and Sheila Bedi of the Community Justice clinic at the Northwestern Pritzker School of Law filed an emergency petition last year in the face of the COVID-19 pandemic that is raging through Illinois prisons. Reed is confined to a wheelchair, has suffered a heart attack, and has other serious medical issues resulting from the torture he endured, which broke his thigh and a steel rod that had been put in his leg.

The Campaign to Free Incarcerated Survivors of Police Torture (CFIST), initiated by the Alliance, is urging Governor Pritzker to grant mass pardons to all those that have been found to have credible cases of police torture by the TIRC as the first step toward freeing all police torture survivors and wrongfully convicted. CFIST will continue fighting until we see all our loved ones home.

Finally, Gerald Reed’s case and the terrible injustice he has had to endure at the hands of the Chicago Police Department show only too clearly why the Alliance has helped form the broadest and most representative coalition in the city pushing for a People’s Ordinance – the Empowering Communities for Public Safety ordinance – to give communities in Chicago the voice they deserve in police accountability and make sure cases like Gerald’s never happen again.