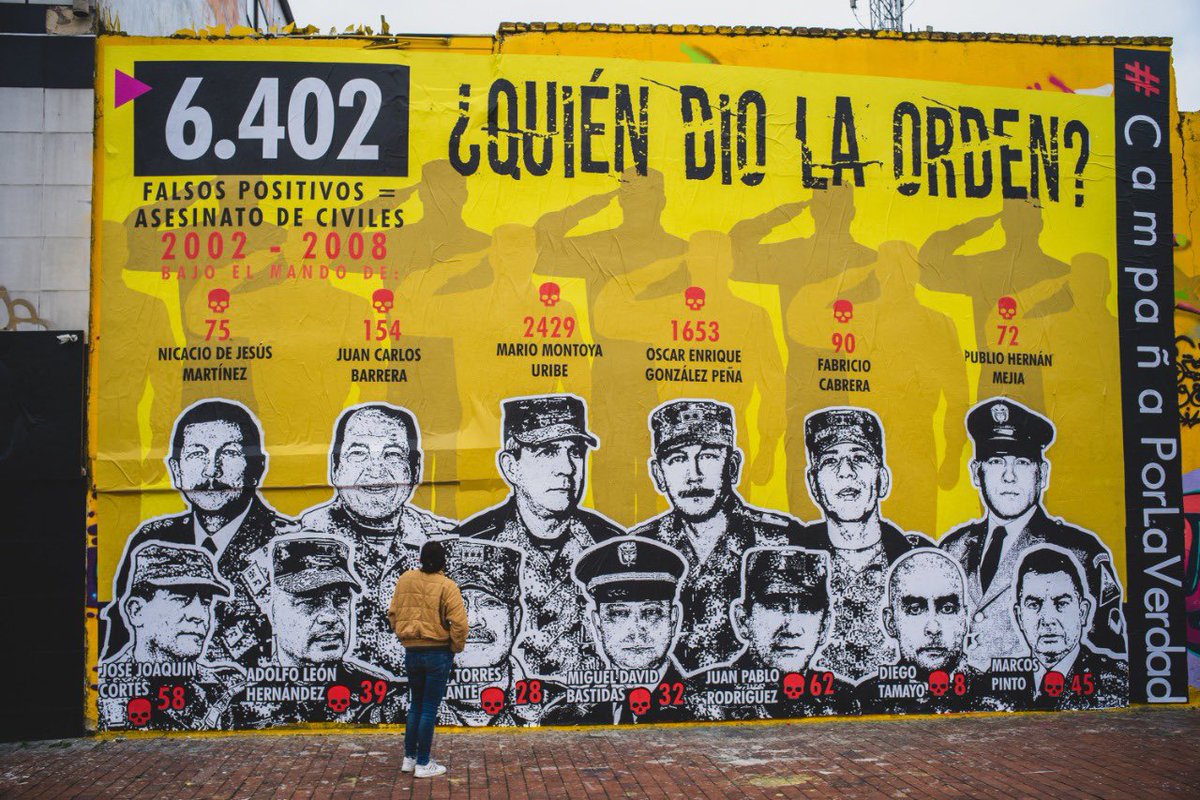 Colombia has historically been of great importance as an ally of the United States. It could perhaps even be said that it has been the empire’s most constant and unfaltering ally in the region since at least World War II.

Today, under President Biden, Colombia is still of great importance for the U.S. and its geopolitical goals of hemispheric control. Colombia is part of the large SOUTHCOM (United States Southern Command) area of control. The country’s abundance of natural resources and cheap labor, proximity to the Panama Canal and Venezuela, and its access to both the Atlantic and Pacific oceans make it a key partner in the region.

Consequently, 11.6 billion U.S. dollars have been poured into the country since the start of Plan Colombia in the year 2000, with the majority of that money going to the military forces. In the beginning stages of Plan Colombia, the country was the highest recipient of U.S. military and police assistance in the world aside from Egypt and Israel; receiving more military aid than all of Latin America and the Caribbean combined.

This trend continues in 2021 as Colombia is still the largest military aid recipient in all of Latin America and the Caribbean.

Biden has long been involved in Colombian affairs. As a senator, he championed a hard line strategy for Plan Colombia, advocating the militarization of the country in order to strengthen “counternarcotic” strategies. The importance of the country in U.S. hemispheric control has made it so that any “concern” of the human rights violations by the military be ignored.

Billions of dollars have been poured into a military that committed over 6,402 extrajudicial executions from 2002 to 2008, not to mention the complicity between the military and paramilitary death squads that committed massacres and forced displacements all over the nation during this time.

Although the “original goal” of Plan Colombia was to eradicate cocaine production and its exportation, after 21 years and billions of dollars, the plan has miserably failed. However, the underlying goal of geopolitical control of the country is on track. Human rights defenders, peace advocates, ex-guerrilla combatants demobilized with the peace deal, union leaders, anti-capitalist leaders, and many more seeking a radical change in the nation are currently being killed, quelling any dissent that may lead to a change in the status quo.

One must not forget that it was the U.S. government that recommended the creation of paramilitary forces in Colombia in 1962 after a U.S. Army Warfare Special team visited the country. The explicit goal of the paramilitaries was to “carry out sabotage and terrorist attacks against communist proponents” – which in the language of the Cold War meant anyone challenging U.S. hegemony. The plan also called for training civilians in military tactics to be used in clandestine operations. Since that time, it has been clear to the U.S. government that hemispheric control means keeping Colombia in line.

In today’s political climate, given the proximity to Venezuela, a militarized Colombia is of key importance to the imperialist goals of the United States. The newly created “elite military force” of 7,000 members, the Command against Drug Trafficking and Transnational Threats (CONAT), can only be interpreted as another project to cement hemispheric control for the North. It is of utmost importance for the U.S. and its imperialist goals to keep Colombia in its back pocket if they are to keep control of the region.

Given these factors, the Biden administration will not signify any positive change for Colombia. In an article written for El Tiempo he stated that relations between the U.S. and Colombia during his presidency would bring “prosperity and security”. However, what they will bring is more militarization, greater hemispheric control by the U.S., and a deeper dependency of Colombia to the Northern empire.