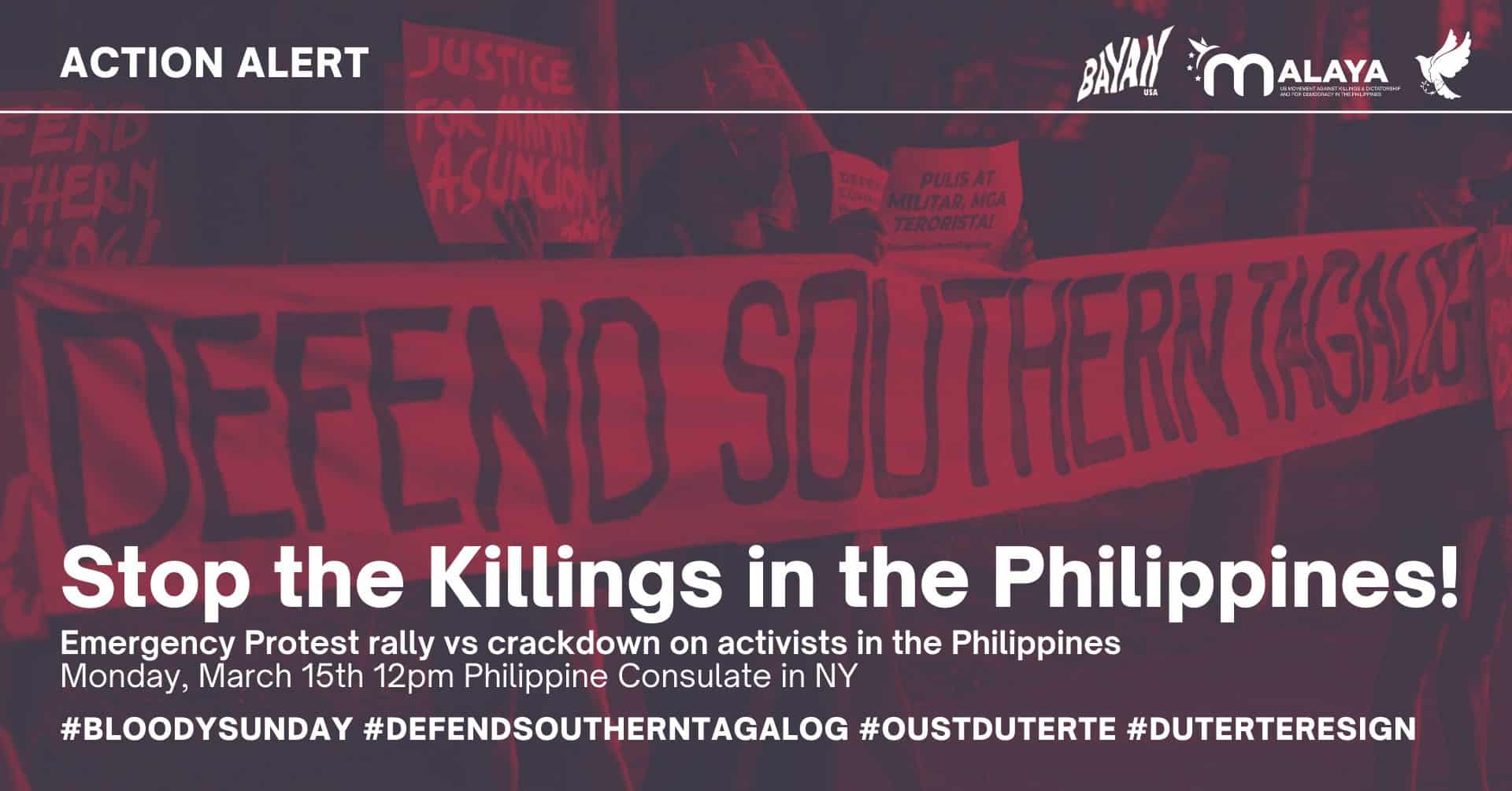 STOP THE KILLINGS IN THE PH! Emergency protest rally vs crackdown on activists in the Philippines!

Join us in front of the Philippine Consulate General of New York this Monday, March 15, 12pm onwards for an emergency protest against crackdown on activists in the Philippines.

On March 5, Duterte was quoted saying “kill them all” and “disregard human rights.” This was an order to the Philippine National Police and the Armed Forces of the Philippines to kill “communist terrorist groups,” a term the Duterte government uses to label all critics, cause oriented groups and human rights defenders.

On March 6, Philippine Ambassador to the United States confirmed that the Philippines will be receiving additional aid from the U.S. government. That same day, the Philippine National Police and the Armed Forces of the Philippines launched a synchronized raid across the Cavite, Laguna, Batangas and Rizal against activists leaving 9 activists dead and 6 arrested.
We call on everyone to join us in demanding an end to the killings against Filipino activists. Join us in demanding an end to U.S. support for the Duterte government.

Join us for a planning meeting this Wednesday, March 10, 7:30pm. Register here: www.tinyurl.com/stk-ne-planning