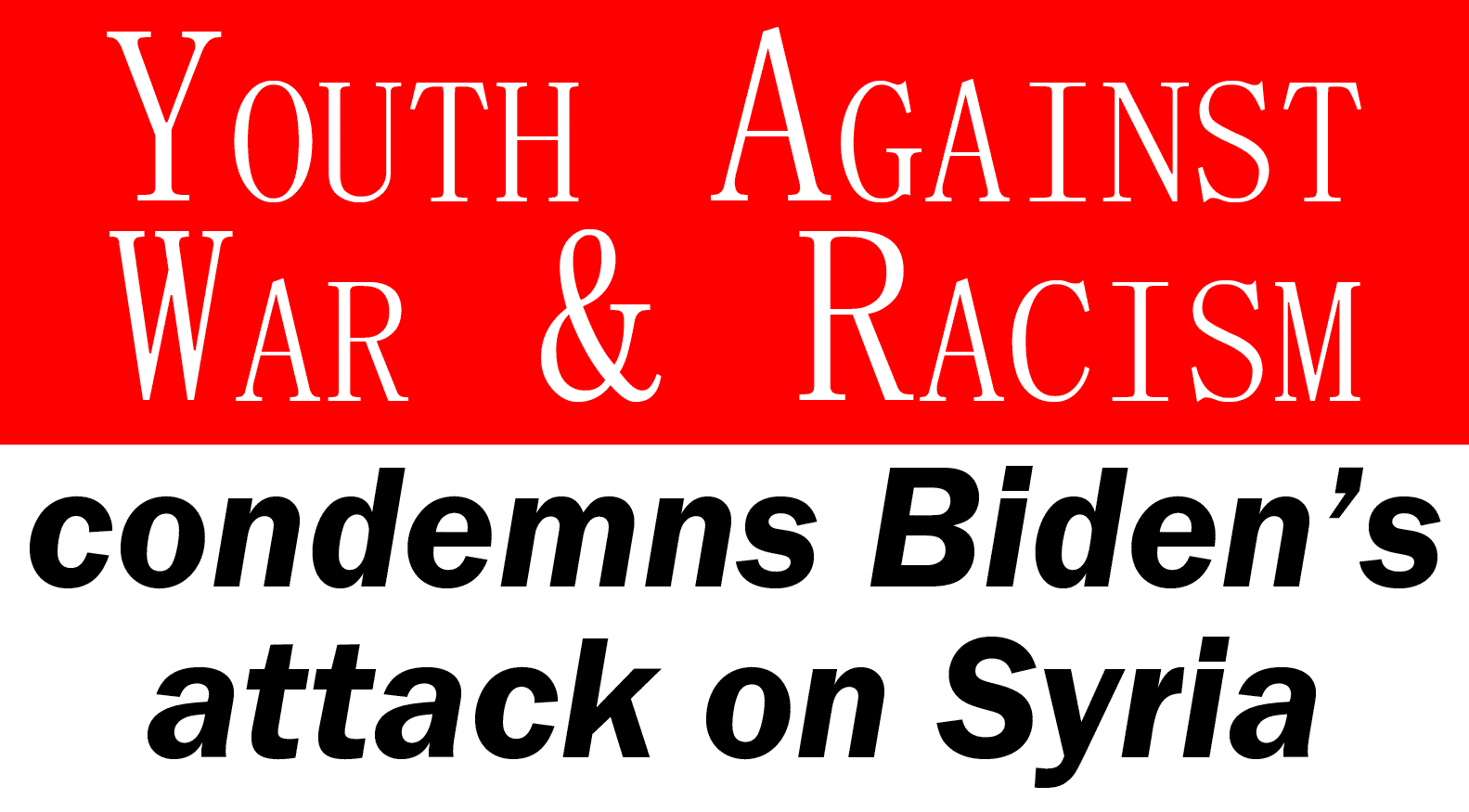 Youth Against War & Racism condemns without qualification the Biden-ordered airstrike that murdered 22 people in Syria. While millions of people in the United States are unemployed, sick, dying, short on food, and awaiting relief payments and vaccines, the Biden Administration, in the first month of its reign, decided it was more important to establish military dominance.

The Biden Administration claims the bombing was in self-defense, or a response to attacks on the US Embassy in Iraq which killed American mercenaries. Of course, US military forces remain in Iraq despite the Iraqi parliament voting to expel them in January 2020.

One of Biden’s campaign promises was to make America the greatest country in the world again. He means to re-establish American military dominance by death and destruction, and he is starting here.

U.S. hands off Syria, Iran, and Iraq!
Shut down the US military bases!
Defund the Pentagon!