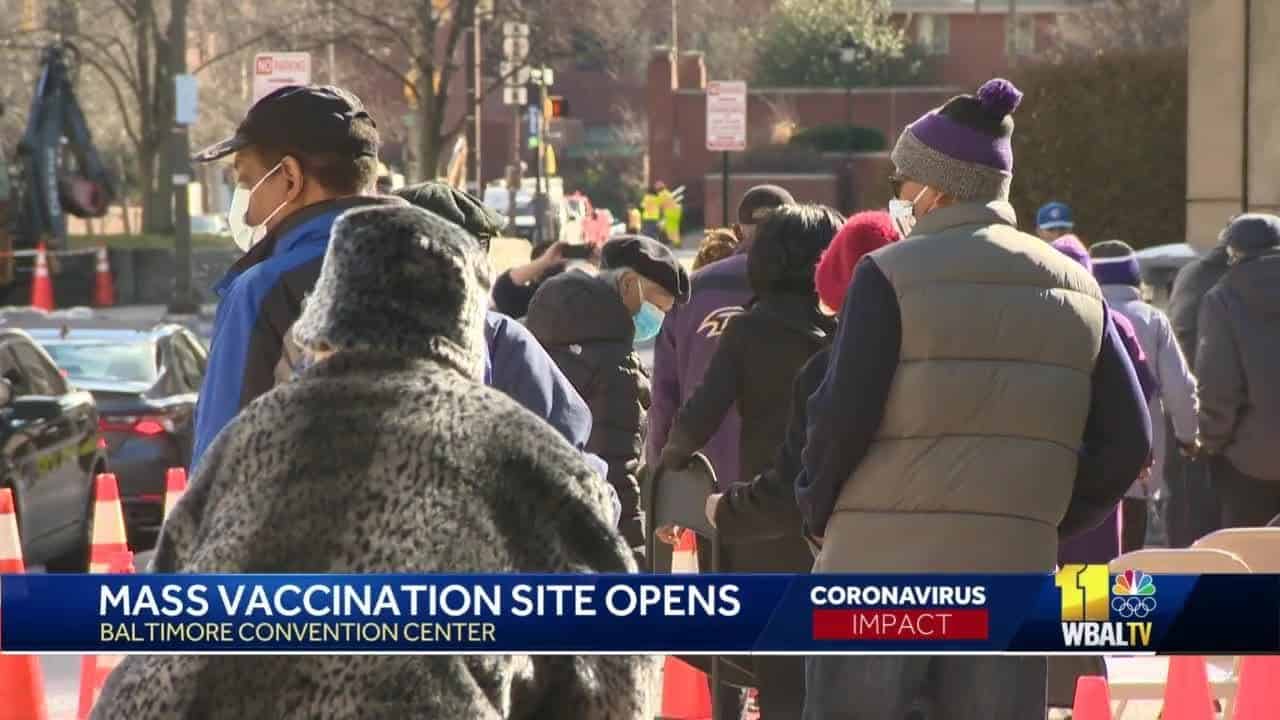 This is what it’s like in the United States: people desperately competing with each other to get jabbed with a needle. Of course, it’s not just any needle, it’s a potentially life saving vaccine.

I live in Baltimore city, and since day one when I became eligible, over a month ago, I began the impossible, painstaking process of trying to get a vaccine. Early in the morning and later at night when I wanted to be asleep, I hunted. I signed up every single day. But no vaccine.

Eventually, a friend sent me a spreadsheet showing how to work the system — not about jumping it, but how to use the internet portals more successfully — and a Facebook group called “Maryland Vaccine Hunters.” I lost myself in reading the posts and finally broke down in tears.

Post after post told the same story. “My husband has cancer, please help me get him a vaccine.” “I’m 80 years old, can anyone help me.” “My grandma needs a vaccine.” “My mom’s too old to get to the site, she needs a ride.” You get the picture.

It was no longer about me personally; besides I said to myself, I’m tough.

The issue became about, why in a country with as much wealth, resources and technology, can we not simply vaccinate people.

The U.S. military and Pentagon can spend millions on jet fighters and manage to keep over 500 unwanted military bases equipped and functioning around the world, but can’t seem to prioritize the logistics of making, transporting and giving vaccines.

What happens to my neighbors, the older ones, who I used to bring extra food to from the People’s Power Assembly food distributions, or even the younger workers on my block who work at Amazon or one of the hospitals? These are the people I see in the morning and in the evening when I walk, that I love and hold dear.

The complete inhumanity of watching people compete to get life-saving vaccines; to watch people despair and simply give up is unbearable. Or to know full well that this system deems most of us as unnecessary if we are older, or less than human in the case of Black, Indigenous and Latinx people, or for that matter workers who can be expendable, is criminal.

Capitalism has workers globally competing against each other for jobs and over wages; and now we are competing to live during a pandemic. Frankly, dogs have it better than humans under capitalism.

If the lack of vaccines, the terrible inequality and decentralized way in which they are being distributed isn’t enough to make you want to scream, look at Baltimore.

Emergent BioSolutions, a Big Pharma transnational corporation, set up a manufacturing plant on the edge of East Baltimore. I live in East Baltimore. Their plant, located next door to the Black and Latinx community hit hard by COVID-19 deaths, is set to produce Johnson & Johnson’s new vaccine.

They say they will be producing 400 million doses, 100 million of which are set aside for the federal government and who knows where the other 300 million are slated to go.

Baltimore Mayor Brandon Scott has asked — maybe he is pleading — that just a small amount be distributed to Baltimore and its underfunded Baltimore Health Department. He’s gotten no answer, “crickets” from Emergent BioSolutions. In our city only 5% of those qualified have been vaccinated.

I have friends that I met in Cuba when I attended the International Che Brigade; I don’t know how I could explain this to them. I remember it was so hard for some of the Cubans to comprehend homelessness; they were incredulous that it could exist in the wealthy U.S.

It’s not only that health care is free in Cuba; it’s about human dignity. At the present, Cuba has four vaccines. You won’t hear too much of this in the big business media. Three are ending their trials. Public health is a priority in Cuba.

If you want to see for yourself watch the film “Cuba & COVID 19: Public Health, Science & Solidarity.”

I will bet my entire but meager Social Security check with anyone who wants to wager with me, that Cuba has its entire population vaccinated in a month. Take my bet, I need the money.

Public health has not been cut like it is here. There is no ridiculous patchwork of lucrative giveaways to private companies like CVS, Walgreens, Rite Aid, Giant Pharmacy, Walmart, etc., whose confusing websites have been impossible to navigate.

Cuba’s health teams will go to where the people are.

I wish this was just my story, just the story of Baltimore, but it isn’t. The same can be said of every poor and oppressed community in the United States. In Indigenous communities and on reservations where COVID-19 deaths have ravaged in what amounts to genocide. The same can be said for Black, Brown and Latinx communities. And we cannot forget the poorer countries that cannot afford to buy vaccines from the capitalist world.

“Don’t starve, fight!” was the battle cry of workers during the Great Depression. I think the new battle cry for our time should be “Fight, don’t die!” I’m going to fight, and I’m going to organize every old person, young person, worker and friend to do the same!