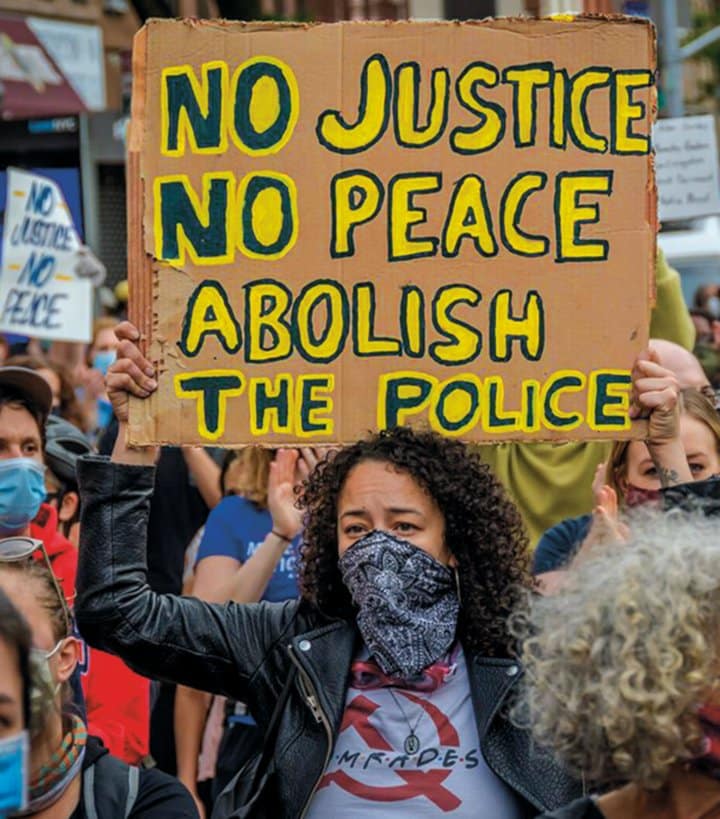 For the second time, Donald Trump has been acquitted in an impeachment trial that was doomed from the beginning.

Both the Democratic Party elite and the Republicans refused to call witnesses during the Feb. 9-13 Senate trial, which would have, at a bare minimum, partially revealed the extent of the Jan. 6 crisis.

Rather than invoke the 14th Amendment or jail Trump and his accomplices for treason, the Democratic Party instead took the impeachment route, which guaranteed Trump an acquittal.

They spent many hours and wasted time engaged in this overblown charade rather than get down to the needed business of quickly mandating major relief for the people.

Immediately after his inauguration, at a time when most of the reactionary elements of the House and Senate seemed to be in disarray, President Joe Biden could have used his powers to push through measures that would have strengthened the condition of the working-class.

The impeachment process ultimately obscured the extent and depth of the white supremacist, anti-working-class coup attempt, orchestrated primarily to overturn the election results.

What was most needed and is still needed is an independent “people’s inquiry” to thoroughly unravel the extent of what really took place, not only on Jan. 6, but also before those events.

Why were National Guard units blocked from securing the Capitol? To what extent were elements of the military involved? Who gave the “reconnaissance tours” of the building?

There is enough evidence to show that the FBI and other surveillance agencies knew that there were plans to try to stop the certification of the election by force. How then could the Capitol Police, FBI, Homeland Security, Pentagon and so many others be so unprepared?

The working class must play a leading role in an investigation aimed at weeding out all of the white supremacist, fascist elements from top to bottom in every part of the state. This includes all police agencies, from federal to local, as well as the military and all of the politicians who were complicit or participated.

Biden and the Democratic Party could have easily used this opportunity to get every Klansman, Proud Boy, Oath Keeper, etc., out of police forces and government positions by decree. Such a mandate would have had the support of the masses, especially the most oppressed.

While such an act would not eradicate the role of the repressive apparatus of the capitalist state in general, it would have been a concrete measure to set back the more organized fascist forces. Who could have argued against it?

Without a thorough and public accounting, coupled with action and the intervention of the working class, the threat of the kind of fascist movement that was seen on Jan. 6 will continue to grow.

The major media continually rings with the hollow phrase “transfer of power,” referring to Trump and Biden. But it is false. There has been no actual transfer of power. The same class of billionaire bankers and bosses, what is referred to as the capitalist ruling class, still holds the reins of power.

Karl Marx and Frederick Engels, characterizing the state in the Communist Manifesto, explained, “The executive of the modern state is but a committee for managing the common affairs of the whole bourgeoisie.”

There may be differences among various factions of the ruling class, sometimes approaching violent rancor. These differences reflect the continual internecine wars and competition that are a characteristic of the capitalist system itself. But ultimately what they look for in a head of state is someone who will preferably represent them all.

While Trump represented the gas, oil and fracking industries, which are in desperate crisis, it should be noted that he also had support from many who later dumped him and still others in the capitalist class who may not have appeared on board.

While Trump was in office, there was much support when he delivered the multi-trillion-dollar tax cuts for the rich, destroyed key environmental regulations that stood in the way of profits, and passed a $4-trillion COVID bailout of the wealthiest, overseen by Goldman Sachs.

The Republican Party does not want to extricate itself from Trump’s base, which may prove useful for them and the ruling class at a later date. The Democratic Party leadership does not want to unleash the working class against the fascists, since doing so could considerably strengthen the movement to demand free health care, cancel rents and mortgages, raise wages, end the obscene war budget and so much more.

The capitalist system continually erodes its own bourgeois democracy — and it will continue to do so, just as the parasitic apparatus of violent repression grows.

The one thing that must be made clear about the Jan. 6 putsch is that it was aimed not at overturning the colossal power of the state; in fact, its aim was to reinforce the capitalist state.

It had not one thing to do with the working class, regardless of who the white supremacist, fascist movement was capable of dragging into it.

They did not want to democratize government for the millions of Black, Brown, Indigenous and Latinx people, or even poor people in general. Instead, they wanted to steal the election from largely Black cities like Philadelphia, Atlanta and Detroit.

The mob was intent on disenfranchising the most oppressed.

In all of U.S. history, the Reconstruction period following the Civil War and the abolition of slavery was the most democratic, sweeping in major reforms, including universal public education and the election of representatives from the emancipated Black population. It was soon drowned in blood.

This unfinished revolution, as Reconstruction is called, continues to be fought today. Its most recent manifestation was the uprising against racist police terror that brought out millions in the streets here and around the world in the summer of 2020. The Jan. 6 mob at the Capitol was a counter-revolutionary force aimed at preserving white supremacy.

As Black Panther leader Fred Hampton said, “Nothing is more important than stopping fascism, because fascism is gonna stop us all.”

Socialism, which rests itself on the rule of the working class, will usher in genuine democracy for the majority of the people. Socialism is the antidote to fascism.