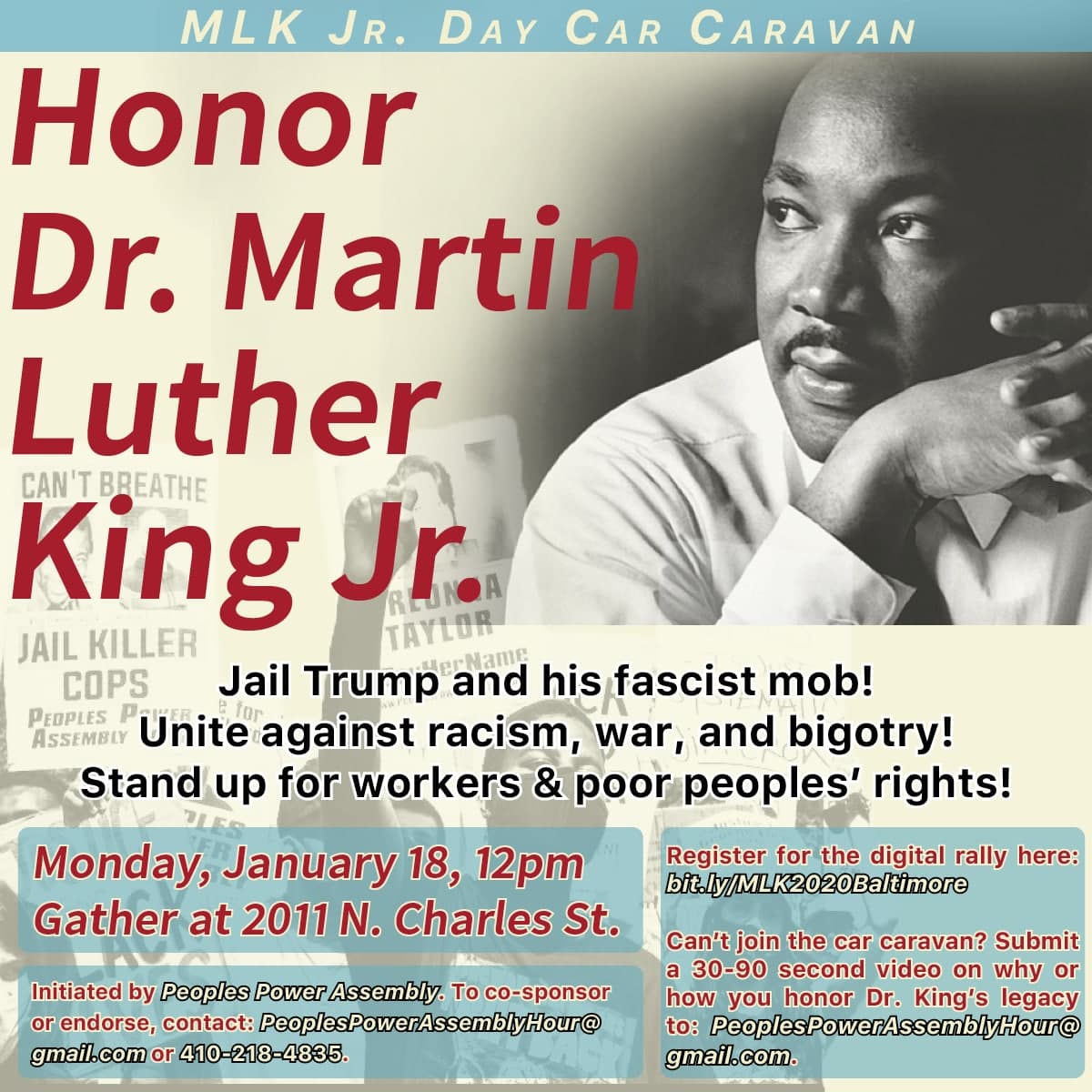 The Peoples Power Assembly will hold a rally and car caravan on Monday, January 18, 12 noon, gathering at 2011 N. Charles Street, Baltimore, MD 21218 (car caravan will leave at 1 pm sharp) and travel to Jessup Correctional Institute and ICE detention center to demand justice for those behind bars.

We will also hold a virtual speak out before the caravan and at different intervals during the day.  If you would like to be a part of the speak out please email us at PeoplesPowerAssemblyHour@gmail.com or call 410-218-4835 so that we can record your statement.  We will play as many as possible on January 18.

Please donate to make this weekend a success:
DONATE HERE
or Venmo@SolidarityCenter

The ugly and vicious racist coup attempt by Trump and his fascist followers, is not over.  Many of these same groups are planning actions at local state capitols and again in Washington D.C. on January 17, on the Dr. King Jr. holiday weekend, leading up to the January 20 Inauguration.

Trump’s fascist movement is a threat to all workers and is particularly aimed at overturning the movement against racism and police terror.  It is critical that we mobilize on Dr. King Jr. weekend, in whatever way is possible — car caravans, socially distancing protests, sick outs, strikes —  in our cities and towns.  We must send a clear message that the majority of workers and poor are deeply and actively opposed to the confederate flag waving mob that seeks to turn history back.

Do not let them define this weekend.  Let’s build a massive car caravan.