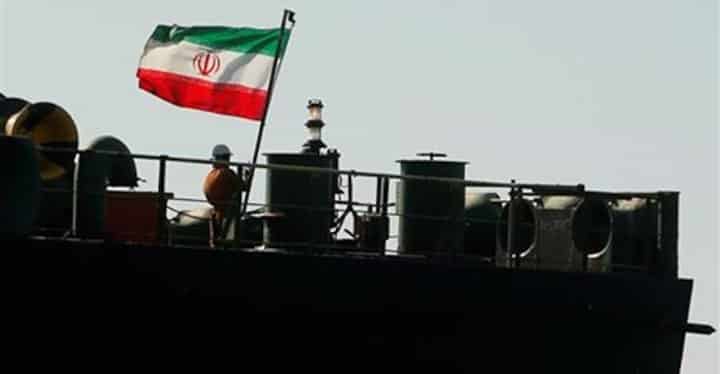 U.S. President Donald Trump’s pursuit of confrontation with Iran is about keeping its oil and gas off the market for the benefit of U.S. oil corporations, an American political analyst has said.

Bill Dores, a writer for Struggle-La Lucha and longtime antiwar activist, made the remarks in an interview with Press TV on Thursday while commenting on the statement of EU foreign policy chief Josep Borrell who said the United States needs to rejoin the Joint Comprehensive Plan of Action (JCPOA).

The European official also called for Iran to resume its full compliance with the nuclear accord.

“We need to find a way for the U.S. to rejoin the Iran nuclear deal, and for Iran to come back into full compliance. The nuclear deal is still assessed as a landmark of successful diplomacy … We are proud of it as the biggest success of our diplomatic capacity,” Borrell told a GLOBSEC webinar on Tuesday.

“First of all, the Trump regime’s opposition to the JCPOA, and its pursuit of confrontation with Iran, is not about Iran’s peaceful nuclear energy program, which everyone knows is peaceful. It’s about keeping Iran’s oil and gas off the market for the benefit of U.S. oil corporations, monopolies, in particular the fracking interests in the United States who are behind the Trump regime. They are desperate for confrontation, even war with Iran,” Dores said.

“From the point of view of Europe that would be a disaster. The United States has long used its control of the energy resources of West Asia and North Africa and its ability to use war to disrupt the flow of energy as leverage over Europe. And most of the West European countries or EU countries don’t have oil. They don’t have gas. They want oil and gas at the cheapest prices. And they need trade. They don’t want to be at the mercy of U.S. oil monopolies anymore,” he added.

“And so this creates a conflict of interest in the U.S. corporate establishment as well. It will be a conflict of interest in the incoming Biden administration. There are different factions, those who may benefit at the moment from relaxing sanctions, and those who, like the Trump regime are working with Israel to not only keep sanctions in place but actually escalate to war, as we can see with the murder of Dr. Fakhrizadeh,” he stated.

In May 2018, Trump withdrew Washington from the JCPOA, and since then, he has been piling sanctions on Iran as part of his administration’s so-called maximum pressure campaign.

In response to the U.S.’s unilateral move and Europe’s failure to help Iran take advantage of economic benefits of the deal, Tehran rowed back on its nuclear commitments five times in compliance with Articles 26 and 36 of the JCPOA.

As the Europeans continued to fail to put their verbal support for the deal into action, the Iranian Parliament (Majlis) passed a law last week to protect Iran’s interests against the Western sanctions.

Under the law, the Tehran administration is required to halt UN inspections of its nuclear sites and step up uranium enrichment beyond the limit set under Tehran’s 2015 nuclear deal if sanctions are not eased in two months.

The Islamic Republic has, however, stressed that its retaliatory measures will be reversible as soon as Europe finds practical ways to shield the mutual trade from the U.S. sanctions or if the U.S. decides to return to the JCPOA unconditionally and compensate for the economic losses Tehran suffered due to its abrupt pullout.