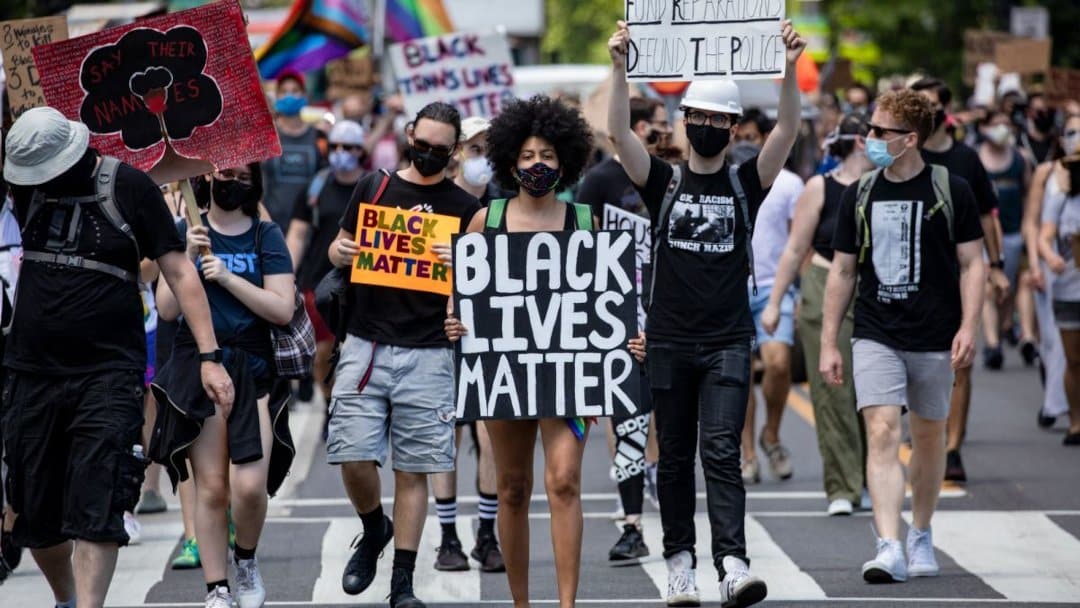 Talk given at “Demand a People’s Mandate” rally in New York on Nov. 4, organized by the N.Y. Alliance Against Racist and Political Repression.

As expected, Donald Trump declared himself the winner of the presidential election even before many votes have been counted.

If another country held elections under these conditions, especially a country on U.S. imperialism’s hit list, there would be immediate calls from Washington for military intervention, sanctions and to rerun the vote. But because both the Republican and Democratic parties are loyal to the imperialist system, we don’t hear a peep.

Millions of workers are unemployed, hungry, facing eviction from their homes, in danger of losing health care. Women’s reproductive rights and queer rights are on the chopping block. The danger of war grows daily.

More than 233,000 people are dead in the U.S. from COVID-19, a disproportionate number of them Black and Brown people. Winter is looming and the virus is spreading uncontrolled throughout the U.S. How many more people — families, co-workers and community members, prisoners and migrant detainees — will die because of Trump’s criminal negligence?

We can’t rely on the “official” opposition, the Democrats. The people have tried playing by their rules. The Democratic leaders sabotaged the progressive Bernie Sanders campaign again. Here in New York and all over the country, they backtracked on promises to defund the police and make serious reforms to curb racist police violence. They told the people to hold their noses and vote for Joe Biden.

They couldn’t meet the challenge of their own rigged electoral system, the months of voter suppression by Trump and his allies, the threats of the fascist gangs, the sabotage of the Postal Service.

Biden has no solutions

Even if Biden does end up in the White House, he has no solutions to offer poor and working people for the crisis we’re facing.

It’s time to organize, to go to every workplace, union, school, church and mosque, with this message. It’s time to stop begging for crumbs and take the whole damn pie.

The Minneapolis uprising and nationwide protests against racist police killings showed the power that the people have when they are fed up and ready to fight back. Now we need to build on that experience to create an organized, united, national fightback to overturn the Trump regime, push back the fascist gangs and the police, defend Black lives and win a People’s Mandate!

Occupy the streets! Shut it down! Only the people can overthrow Trump and the system that spawned him.