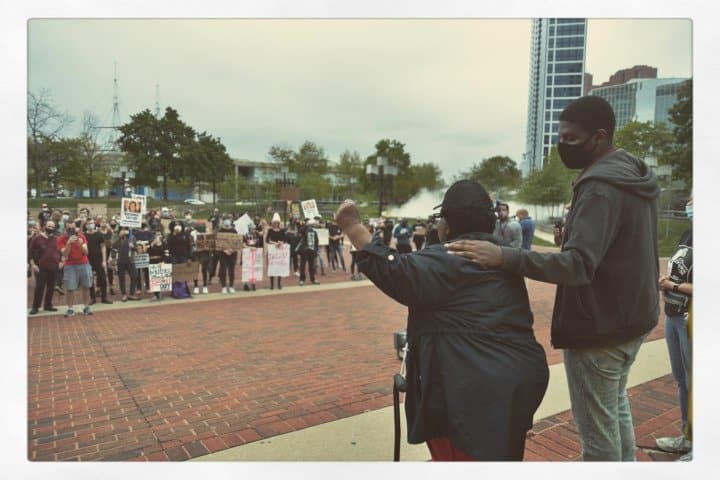 On Sept. 26, hundreds of people and dozens of cars took to the streets of Baltimore to demand justice for Breonna Taylor and the end of the racist U.S. police state. The march and caravan were called by the Peoples Power Assembly and the Ujima People’s Progress Party.

The demonstration came in response to a Louisville, Ky., grand jury’s decision to charge only one of the cops who participated in the March 13 attack where Breonna Taylor was murdered inside her own home. Adding insult to injury, the charges against the officer did not include murder or manslaughter.

At the time of her death, Taylor was serving her community as an emergency medical technician. She was a frontline worker in the fight against COVID-19.

Taylor’s family immediately denounced the decision as disrespectful to Breonna’s memory. The family’s attorney, Ben Crump, condemned the decision and demanded a new special prosecutor be appointed to the case.

In many ways, it was reminiscent of a Ferguson, Mo., grand jury’s decision not to indict Darren Wilson, the racist police officer who murdered Michael Brown in cold blood after Brown had raised his arms to indicate surrender.

For these reasons, the people of Baltimore took to the streets in solidarity with Breonna Taylor, her family, the people of Louisville and all the victims of racist police murder.

The march began at the Harriet Tubman Solidarity Center and proceeded first to the Baltimore City Jail. At the jail, the Rev. Annie Chambers spoke directly to prisoners through a sound system. She told the prisoners that the people would continue to fight for their freedom and against the racist criminal justice system.

From the prison, the march and caravan proceeded east past Latrobe Homes, a historic Baltimore public housing development. The demonstration ended at McKeldin Square, in downtown Baltimore, where a rally was held.

Rev. Chambers opened the rally with an impassioned speech calling for a revolution against the racist capitalist system of the U.S. She insisted that she and her brothers and sisters in the struggle would not rest until that revolution was complete.

She was followed by Andrew Mayton, representing the local chapter of the Malaya Movement, and Arnette Johnson, a local activist who fights for the rights of women veterans.

Peoples Power Assembly organizer Sharon Black thanked the crowd for their dedication on the long march and for staying in the struggle. She then provided a much needed analysis of the upcoming presidential election and the state of the movement.

Black asserted that now more than ever, the movement must defend the victories of the Black Lives Matter struggle in recent months. She argued that the current BLM movement is the continuation of the unfinished revolution of Reconstruction.

The message of the march and rally was clear: The only way to stop Trump’s white supremacist wave, and the decades-old racist police war on oppressed communities, is for the poor and working-class people to take to the streets and continue to demand a better world. 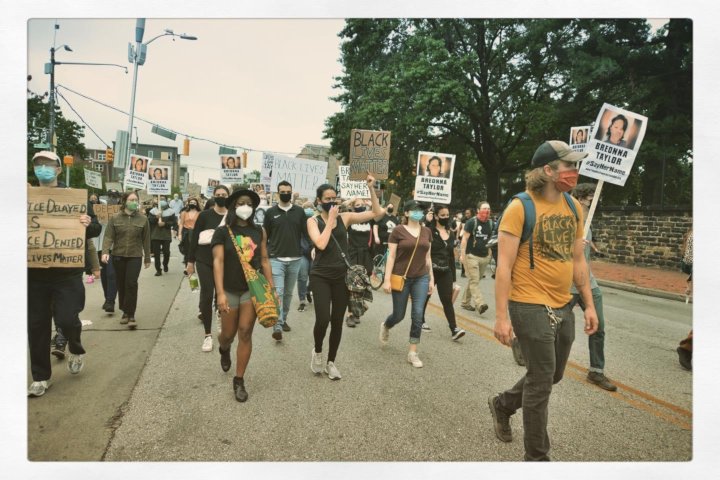