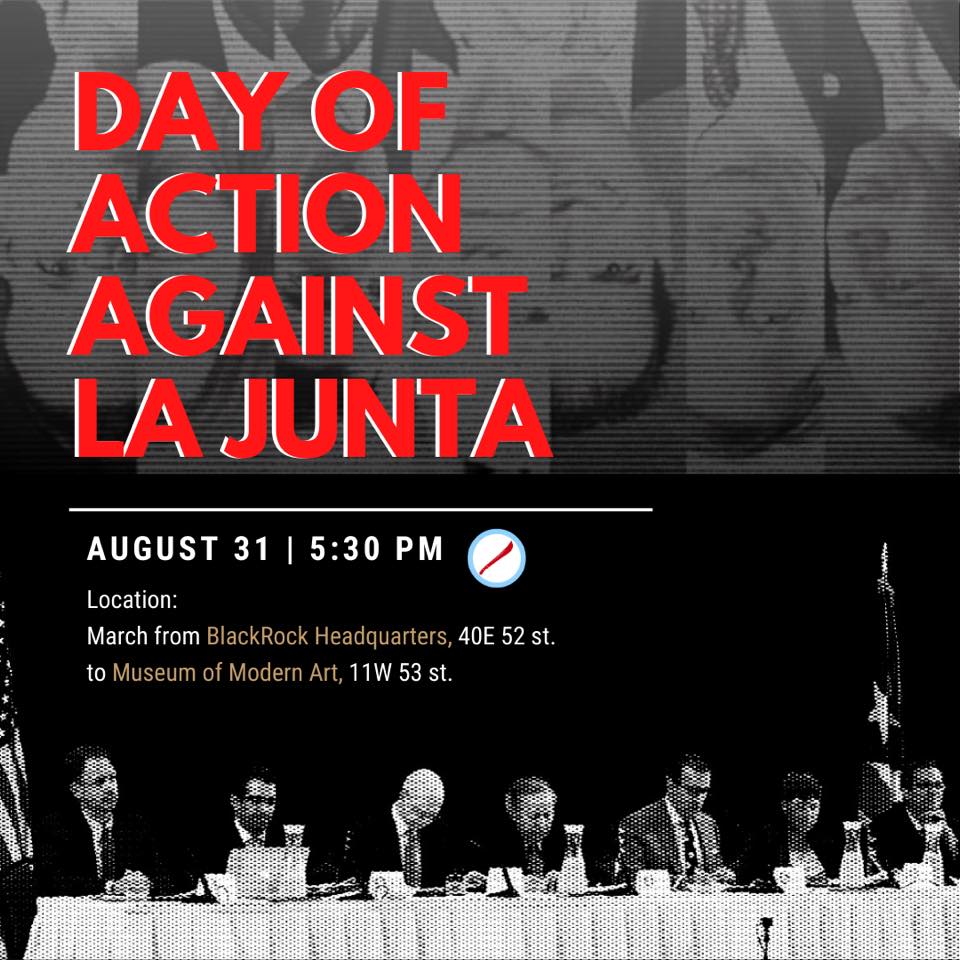 As Puerto Rico goes into another shutdown over COVID spikes, and as 22,000 NYC workers face potential layoffs, and thousands more face potential evictions— Billionaires, like those that have been profiting off of Puerto Rico’s illegal debt, continue to get richer- and many of them live right here in New York and profit off of our labor here as well!

Abbott and Roche, two of the major corporations producing COVID tests and PPE have been benefiting off of tax breaks in PR for years. Yet most people in Puerto Rico still cannot access accurate testing. BlackRock, one of the largest investment firms in the world, owns not only much of the general obligation bond debt of PR, but also the most shares of Abbott. BlackRock’s CEO is Larry Fink who sits on the board at the MoMA. Steven Tannenbaum, the founder of GoldenTree Assets; which made some of the most profit off of Hurricane Maria, also sits on the board at the MoMA. We demand that they both be removed from their positions, that the debt and la Junta be abolished, and that US profiteering off of the colonial status of Puerto Rico be ended now, which is only possible through the complete and total liberation of Puerto Rico.

August 31 marks the four year anniversary of the appointment of the fiscal control board. With the chairman and another board member resigning— two spots are now open for Trump to appoint his cronies.

Earlier this day, comrades in Puerto Rico will be mobilizing against the charges and vile surveillance against 5 students of the Universiry of Puerto Rico, who were charged for protesting the austerity measures of the public university system. We must also amplify that call!

Currently, New York State is investigating some of the bond holders due to alleged insider trading.
But we don’t just want part of the debt declared illegal, we demand an abolishment of the fiscal control board, of the whole illegal debt, and of US imperialism and intervention in Puerto Rico.

Bring your pots and pans and come join us on August 31 to say No to la Junta and No to Billionaires profiting off of disaster capitalism! Please wear masks and adhere to social distancing! We will also have masks available for those who don’t have.