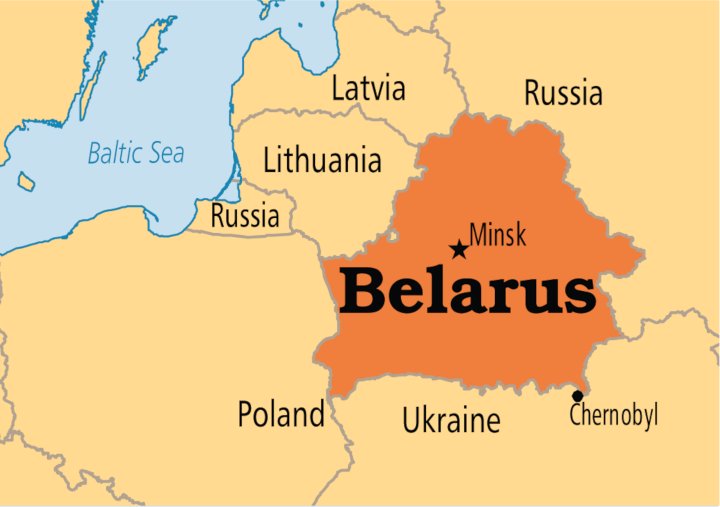 Six years after the U.S. government helped to engineer a right-wing takeover of Ukraine using mass protests, another former Soviet republic — Belarus — is now in the gunsights of Washington and the European Union.

It is urgent for the anti-war movement here to raise the demand: U.S.-NATO hands off Belarus!

On Aug. 9, presidential elections were held in Belarus. According to the central election commission, incumbent President Alexander Lukashenko won with 80.1 percent of the vote, easily avoiding a second-round runoff. Opposition candidate Svetlana Tsikhanouskaya, his nearest competitor, won just over 10 percent of the vote. No other candidate received more than 2 percent.

Tsikhanouskaya claimed to have gotten 60 percent of the vote and accused the government of fraud. She immediately left the country for neighboring NATO country Lithuania, which is ruled by a far-right government that persecutes communists, bans Soviet-era symbols and uplifts Nazi collaborators.

Other opposition candidates fled to the West and charged fraud as well. At first, they called for a recount; but that was soon dropped in favor of demanding new elections.

The Organization for Security and Cooperation in Europe (OSCE), aligned with the European Union, was invited to send election observers but declined, blaming “the lack of a timely invitation.”

In Vilnius, the Lithuanian capital, Tsikhanouskaya announced the formation of a “Power Transfer Coordination Council” to implement the removal of Lukashenko. She suggested that she may declare herself the legitimate president. On Aug. 24, she met with the second-highest-ranking U.S. diplomat, Deputy Secretary of State Stephen Bigan.

These actions caused some commentators in the former Soviet countries to label Tsikhanouskaya “the Belarusian Juan Guaidó,” comparing her to the self-declared “president” of Venezuela, with the backing of the U.S. and European countries, against democratically elected President Nicolás Maduro.

On Aug. 20, during the presentation of an award to Belarus Ambassador Oleg Paferov in Caracas, Venezuelan Foreign Minister Jorge Arreaza said, “Belarus and Venezuela are facing similar attacks that repeat the same scenario.”

Opposition groups protested the election results. State forces clamped down hard on the protests, arresting many. There were reports of police brutality.

Afterward, most protesters were freed and the police backed off, apologizing for the harsh response and permitting protests to continue.

Since then, there have been large demonstrations for and against Lukashenko’s re-election in the capital, Minsk, and around the country.

At the same time, NATO military forces have reportedly engaged in provocative movements near Belarus’ borders with Poland and Lithuania. The Belarusian government accused them of trying to destabilize the situation in western Belarus, particularly the city of Grodno, and rushed additional troops to the area to defend the country’s territorial integrity.

Both Lukashenko and independent observers say the actions of the U.S. and other NATO powers, and of Tsikhanouskaya and other opposition leaders, reflect the well-worn strategy of “color revolutions” used to overthrow governments considered inadequately subservient to Western imperialist powers and Big Capital, including Yugoslavia, Libya and Ukraine.

Why Belarus is a target

Belarus is a country of 9.5 million people in eastern Europe. It is bordered by NATO members Latvia, Lithuania and Poland to the north and west; NATO-aligned Ukraine to the south; and Russia to the east.

Although relations between Belarus and Russia have been strained recently, the two countries are members of a Union State established in 1996 with strong bonds of economic cooperation and mutual defense.

Belarus is also the last “buffer state” between Russia and NATO since the neoliberal/fascist takeover of Ukraine in 2014. The coup in Ukraine, backed up with anti-communist, pro-privatization and ultranationalist opposition protests called “Maidan,” succeeded with the cooperation of leading U.S. politicians like the late Republican Sen. John McCain and Democrats Joe Biden (then vice president) and John Kerry (then secretary of state), and Western-funded nongovernmental organizations.

For almost 30 years, since the breakup of the Soviet Union in the early 1990s, a major U.S. strategic goal under both Republican and Democratic administrations has been to surround and carve up the Russian Federation. Belarus is the final “domino” that has to fall for NATO to militarily dominate all the countries on Russia’s western border.

Belarus is also a key link in the world’s longest oil pipeline, the Druzhba or Friendship Pipeline, which runs between Russia and Western Europe. Big Oil and fracking interests that are among the Trump administration’s strongest backers have an immediate profit interest in disrupting this relationship, just as they are determined to prevent a pipeline through Lebanon and Syria that would make Iranian oil more accessible to the world.

There is still another factor that accounts for U.S.-NATO targeting of Belarus, one of great importance to the workers of that country.

Unlike other former Soviet republics, Belarus has not been subjected to the wrenching privatization of large factories and farms that wreaked economic and social havoc on countries like Russia and Ukraine.

Although Belarus is today a capitalist country, it practices a form of state capitalism that has left more of the gains of the Soviet era intact, especially when it comes to social protections for the working class. This is why President Lukashenko has maintained a high level of support since he first took office in 1994.

Ironically, it has been recent moves by the government to enact “contract work” and raise the retirement age — modest when compared to “reforms” in other former Soviet countries — that have helped to put wind in the sails of the opposition, even though Tsikhanouskaya and other opposition leaders stand for speeding up privatization, imposing austerity on the workers and making the country a vassal of the Western powers.

But appeals by anti-Lukashenko forces to workers at major state enterprises to organize a national strike have so far fallen flat, reflecting the disconnect between the concerns of the workers and the program of the opposition over privatization and austerity.

Andriy Manchuk, a Ukrainian Marxist and editor of Liva.com.ua, exposed the “Resuscitation Reform Package“ promoted by opposition groups earlier this year. It was officially sponsored by the European Union, the U.S. Agency for International Development, Pact, the European Fund for Democracy and the International Renaissance Fund.

“The coalition that promotes it is a clone of the Ukrainian ‘Resuscitation Reform Package’ — they haven’t even bothered to change the name —” Manchuk wrote, “… which was formed in 2014 and supplies the Ukrainian government with neoliberal reformers and experts, with an emphasis on privatization, denationalization of the economy, and promotion of the interests of international financial organizations and transnational corporations.”

Belarus, not West, will decide

Communists and socialists in Belarus who seek to represent the interests of the workers and oppose imperialist intervention are working out the best tactics to use in this difficult situation. They understand the frustrations and fears of the working class and the need to counter the ways that the pro-Western opposition tries to mislead them.

In Russia as well as in the West, there are powerful capitalist interests eager to see the privatization of Belarusian industry and agriculture. Although the present protest movement may subside for a time, the pressure on Lukashenko’s government to dismantle workers’ rights will continue to grow, as will NATO’s military pressure.

The best guarantee for Belarus’ continued independence and access to jobs, education and health care is the growth of a working-class movement rooted in the fight against imperialism and for the restoration of socialism.

Here in the U.S., we must fight against every manifestation of military, political and economic intervention by Washington and its NATO allies. Building the movement against war and racism, and organizing workers and oppressed peoples to fight for socialism here, is the best way to assist the Belarusian people’s struggle to defend their sovereignty.