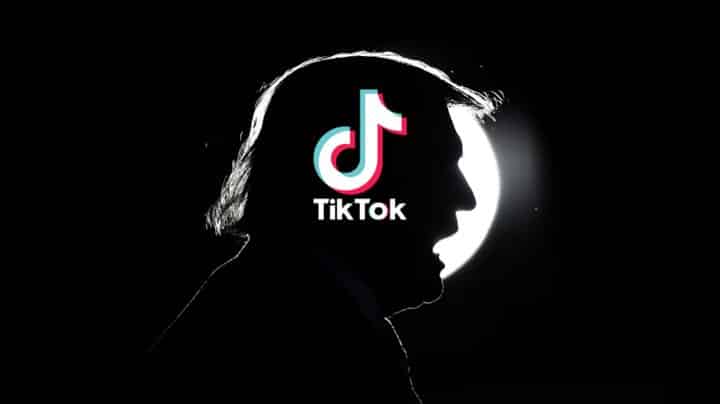 On Aug. 5, President Donald Trump announced that he’s planning on banning TikTok due to “security risks” and the fact that the app collects data of the users. There are lots of people happy (mostly right-wing Trump supporters) about this decision due to the fact they’re not okay with the idea of their information being collected by someone in China.

Despite the fact that TikTok, like many other websites and apps, has a terms-of-service in which it explains that “by agreeing you accept our privacy policy.” This privacy policy explicitly explains the information they collect. The irony of all this being that before TikTok was even available on the app store, websites and apps like Google, Facebook, Twitter, Instagram, YouTube, Snapchat, WhatsApp, Amazon and so many more were already collecting users data. It’s evident that this has nothing to do with security and everything to do with the anti-China sentiment that Trump loves to promote.

While many people aren’t self-aware enough to recognize the irony of wanting to ban the app; most TikTok users see the hypocrisy in banning one app for collecting the user’s personal information but not the other apps. It’s obvious that Trump and his supporter’s only issue is that this is someone from China is collecting this information.

Not once has Trump ever mentioned banning Facebook or Amazon for their collection of data information. An alternative to the ban is for ByteDance, the company that owns TikTok, to give up ownership to companies like Microsoft. Even if Microsoft were to buy TikTok, Trump said a fee would have to be paid to the U.S. Treasury. This isn’t just among Trump and the right. This anti-China propaganda is common among liberals and Democrats. Sen. Chuck Schumer said that he was the one that had first “exposed” TikTok’s links to China and is in full support of this ban.

Another factor that may have played into this was the sabotage of Trump’s Tulsa rally. TikTok users had shared videos on how to get free tickets for Trump’s June 20 rally in Tulsa, Okla. He went on Twitter to say, “Almost One Million people requested tickets for the Saturday Night Rally in Tulsa, Oklahoma!” despite bragging about getting one million RSVPs, fewer than 6 thousand turned out. Trump couldn’t fill his 19,000-person capacity arena.

I’m not defending any of the companies, but it’s obvious that this is Trump and his supporters being very anti-China. This is also his way of retaliating against the sabotaging of his rally. Many supporters of his are pro-free speech but they don’t realize (or make him accountable) that Trump is against free speech.