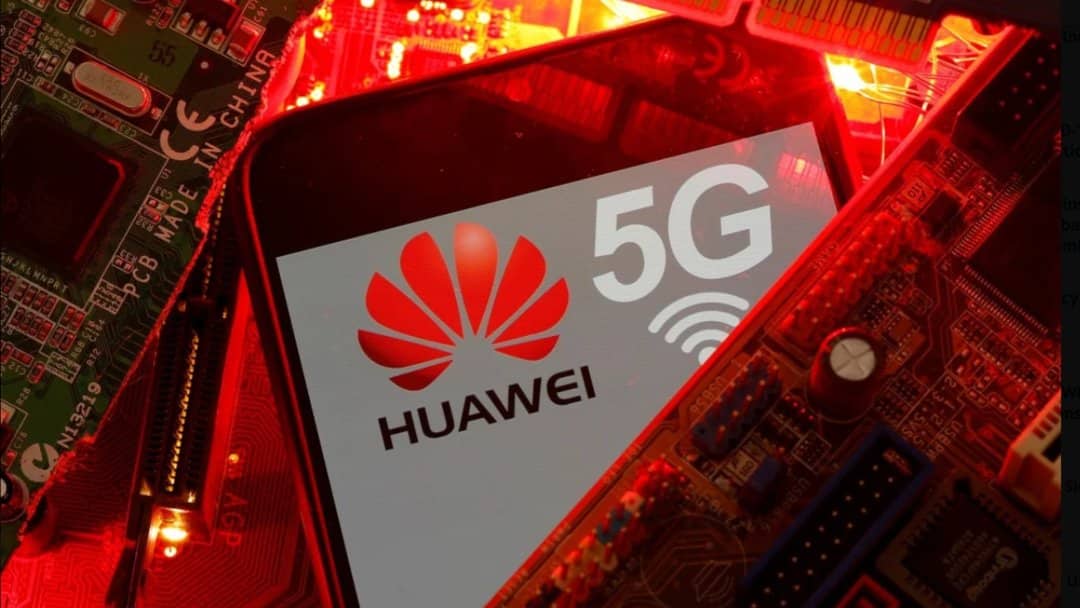 The U.S. tech war on China continues, banning Chinese equipment from its network, and asking its 5-Eyes partners and North Atlantic Treaty Organization [NATO] allies to follow suit. It is a market and a technology denial regime that seeks to win back the market that the U.S. and European countries have lost to China.

International trade assumed that goods and equipment could be sourced from any part of the world. The first breach in this scheme was the earlier round of U.S. sanctions on Huawei last year, that any company that used 25% or more of U.S. content had to obey U.S. sanction rules. This meant U.S. software, and chips based on U.S. designs, could not be exported to Huawei. The latest round of U.S. sanctions in May this year, stretched the reach of U.S. sanctions to cover any goods produced with U.S. equipment, extending its sovereignty well beyond its borders.

The new trade sanction that the U.S. has imposed is in violation of the World Trade Organization’s rules. It invokes national security, the nuclear option in WTO, on matters that are clearly trade-related. Why the U.S. has gutted the WTO refusing to agree to any new nominations to the Dispute Settlement Tribunal now becomes clear. China cannot bring the illegal U.S. sanctions to WTO for a dispute settlement, as the dispute settlement body itself has been made virtually defunct by the U.S.

The battle over 5G and Huawei has become the ground on which the U.S. -China tech war is being fought. The 5G network market itself is expected to reach 48 billion dollars by 2027, but it will drive trillions of dollars of economic output over the installed 5G networks. Any company or country that controls the 5G technology will then have an advantage over others in this economic and technology space.

The internet is the foundation on which almost all future digital technologies will be deployed. 5G networks will boost wireless internet speeds by a factor of 10 to 40. For the consumers, slow internet speed is the bottleneck for applications, such as video conferencing, multiplayer online gaming, where both upload and download speeds need to be high. This is unlike consuming videos over the internet, like Netflix, where only download speeds are important. 5G networks will also allow such high-speed internet to be deployed over a much larger area, and on our mobile devices.

The two other areas that would benefit from 5G are driverless cars and the Internet of Things (IoT), in which all our gadgets will talk to each other over the wireless internet. While driverless cars are still some distance away, IoT could be much more important, e.g, in improving efficiency and maintaining the physical infrastructure of electricity, traffic lights, water and sewage systems in future ‘smart cities’.

The G in telecom networks refer to generations, and each generation of technology in wireless communications means increasing the amount of information the radio waves carry. The 5G networks are much faster than the equivalent 4G networks, and support a much higher number of devices in a given area. The price is that unlike the current 3G and 4G, 5G cannot travel long distances, and needs a number of repeater hops, or cells and antennas, to travel the same distance. A 5G network can provide the same speeds that a fiber optic cable network provides, without the large cost of physical cabling. It can, therefore, reach less dense population centers including rural areas with high-speed internet at much lower costs.

Who are the other players in the 5G space? The other major players apart from Huawei are Samsung (South Korea), Nokia (Finland), Ericsson (Sweden), and ZTE (China). While the U.S. has no major player at the network equipment level, it has Qualcomm that manufactures wireless components and chipsets, and Apple that is the market leader in smartphones.

The U.S. sanctions had earlier attacked Huawei using its dominant position on software. Google’s Android powers most of China’s mobile phones, as it does most other non-Apple mobile phones. In semiconductor chips, ARM processors have a leading position in the embedded systems and mobile market, with most companies that require advanced processors switching over from Intel to ARM. ARM, a UK-based company but owned by SoftBank of Japan, does not manufacture chips themselves, but provides designs for cores that go into processors. These are licensed to companies like Huawei, Qualcomm, Samsung and Apple, who design their processors based on 2,4, or 8 ARM cores and get them fabricated in silicon foundries. These processors power mobile network equipment, mobile phones or laptops of different manufacturers.

The silicon foundries that fabricate the actual processors using ARM cores from the designs of Huawei, Samsung or Apple, are companies like Taiwan Silicon Manufacturing Company (TSMC). TSMC is the largest silicon foundry in the world, with 48% of the global market. Samsung also has high capacity silicon foundry with another 20% of the global market. It uses its captive facility for its internal needs, but also for other manufacturers. China has the fifth largest silicon foundry in the world, Semiconductor Manufacturing International Corporation (SMIC), but it is only one-tenth the size of TSMC. TSMC and Samsung have 7 nanometer technology (7 nanometer transistor size in the chips), while SMIC currently has 14 nanometer technology.

The earlier U.S. attack on Huawei and China banning U.S. software from Huawei systems, meant that Huawei had to change over from Google’s Android mobile operating system and various apps that rode on top of the Android system in Google’s app store (Play Store). It had anticipated this attack and created its own operating system, HarmonyOS, and its own app store. It is also using an open source version of Android and its app store—App Gallery—as a replacement for Google Play Store. How its users would cope without the Google app store, remains to be seen. It would depend on whether the app developers would switch to Huawei in large enough numbers, and the quality of Chinese app makers who have already proven themselves in the Chinese market.

It was initially thought that ARM processors would not be available for Huawei in the future. This raised a question mark over Huawei’s equipment, as it is critically dependent on the ARM processors for networking equipment, mobile phones, and laptops. ARM initially suspended all future sales of its processors to Huawei, as the U.S. had claimed that it has more than 25 percent U.S. content and therefore fell within U.S. sanctions regime. Subsequently, ARM has come to the conclusion that its U.S. content is less than 25 percent and therefore not subject to the U.S. sanctions.

This is what precipitated the new sanctions that the U.S. has imposed. In these sanctions, if any equipment of U.S. origin is used to produce components or systems for Huawei, then those components and sanctions also come within its sanctions regime. TSMC uses U.S. origin machines for its manufacture of chips, and has stopped taking Huawei orders. Samsung has a mix of U.S. , and non-U.S. machines for its fabrication lines and could, if it wanted, switch at least some of these lines to use only non-U.S. machines for its fabrication. This leaves a window for Huawei to beat the U.S. sanctions. Huawei has still some cards to play, one of which is ceding the high-end mobile phone market to Samsung for access to its chip fabrication facilities.

If Huawei has to depend on only domestic sources, it is going to take a hit on its future production. It has a stockpile of possibly 12-18 months of fabricated chips, so this is the time window it has for a new supplier, or use a less dense—10 or 14 nanometer—technology using its domestic supplier SMIC.

For the 5G market, the 7 nanometer fabrication may not be the only deciding factor. Huawei has a significant lead in radios and antennas that are the key components in the 5G network. The 5G networks depend on what are called Massive Multi-input Multi-output (MIMO) antennas, where Huawei is streets ahead of others. This, more than processor size, may decide the technical advantage of Huawei’s offerings. Nokia and Ericsson are using Intel chips for their base stations which are no match for ARM processors. And with Huawei’s support, China’s SMIC in Shanghai may be able to switch to a 10 nanometer technology quickly, shortening the gap between its processors and that of others.

Huawei can provide a complete 5G solution—from networks to 5G mobile phones—and install it much faster than others. Its home market is bigger than all other 5G markets in the world, with which it can power its growth.

It is certainly not game over for Huawei, as many tech analysts are concluding. They have already pronounced the game over twice, once over Google’s Android system denial, later on ARM processor ban. With this new set of sanctions, the U.S. has secured some temporary advantage for other Western players, but has also created an incentive for manufacturers outside the U.S. to move away from U.S. equipment. Such bans are always double-edged weapons.