Simón Trinidad is languishing in the Florence, Colorado Supermax prison after a bogus extradition to the United States in 2004, convicted on trumped-up charges, and sentenced to 60 years. The Colombian revolutionary and political prisoner of the U.S. empire will have his 70th birthday in solitary confinement in a federal Supermax prison.

Organizers are asking people to email their birthday greetings for Simón to simontrinidadlibre@gmail.com before his birthday on July 30. On his birthday, the group is calling for a Twitterstorm, in Spanish a Twitazo, that will then post the greetings on their Twitter account @SimonTrinidadLi and ask people to use this Tweet format: #FreeSimonTrinidad @realDonaldTrump 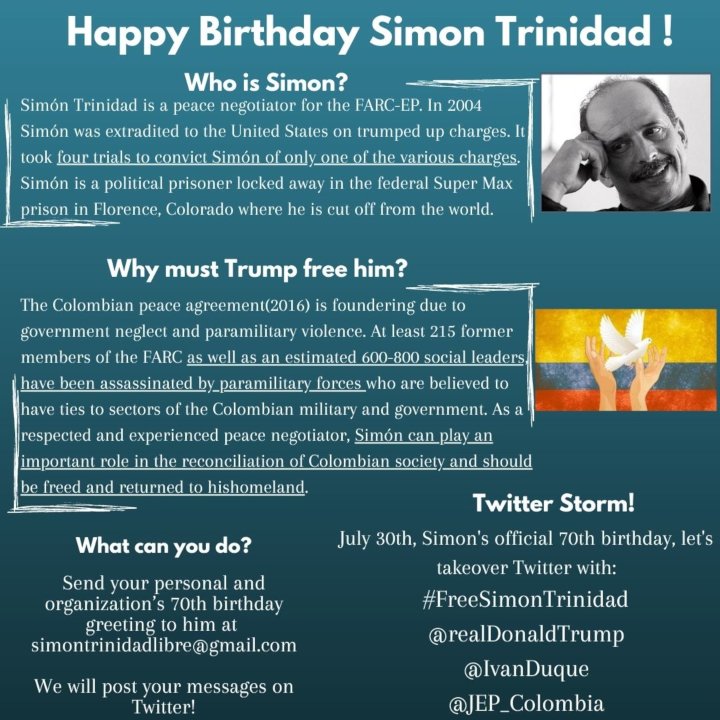 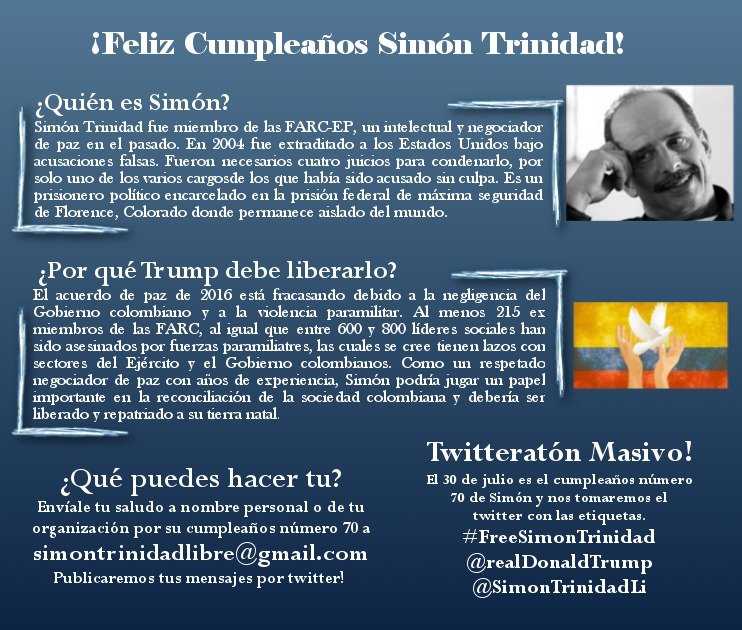