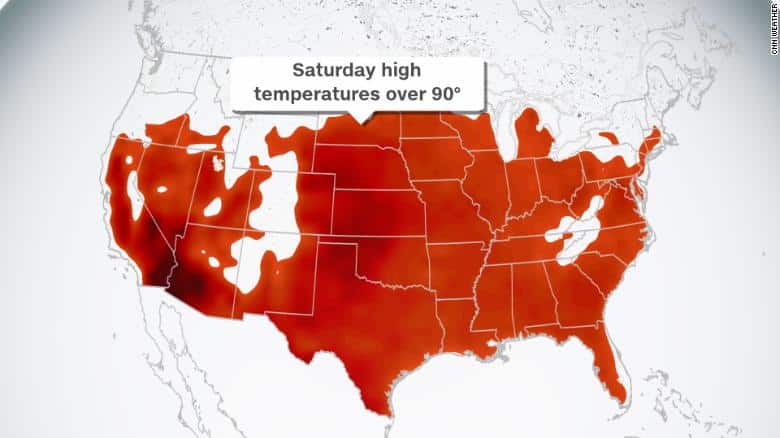 As COVID-19 continues to kill hundreds of people every day in the United States, a summer heat wave will also be a big killer.

Twenty-five years ago, at least 739 people died in Chicago during a heat wave in July 1995. Nobody had to die even though the temperature reached 106 degrees Fahrenheit. People perished because they or their families couldn’t afford air conditioning.

Like the current coronavirus pandemic, the heat wave wasn’t an equal opportunity killer. Deaths were concentrated in Chicago’s Black and Latinx communities.

Chicago’s mayor, Richard M. Daley, doubted that the sharp increase of deaths could be caused by the heat, as shown in the graphic documentary about the 1995 heat wave called “Cooked: Survival by Zip Code.”

Heat kills more people than tornadoes and hurricanes combined. Every year, 12,000 people in the U.S. may die from extreme heat.

Big cities are the greatest heat traps. The late Puerto Rican communist Milton Vera explained to this writer how large buildings store and shed heat, raising the urban temperature. So does the asphalt and concrete on streets and sidewalks.

The current year may be one of the five hottest in recorded history according to the National Oceanic and Atmospheric Administration. Capitalist climate change is cooking the earth.

Workplaces are also dangerous. Between 1992 and 2016, some 783 workers died from heat exposure and over 69,000 workers suffered serious injuries from it, according to the Bureau of Labor Statistics. These figures are underestimates.

Among those who died was the California farmworker Asunción Valdivia. He had been picking grapes for 10 hours straight when he collapsed in the 105 degree Fahrenheit heat.

Amazon owner Jeff Bezos is the richest person on earth with a pile worth $171 billion. That’s more than the yearly income of 3 million four-person households with the median income of about $60,000 in the U.S.

But Bezos is absolutely stingy when it comes to protecting Amazon workers, who produce all his wealth. During a 2011 heat wave, Amazon workers were forced to work overtime in the company’s big Allentown, Pa., warehouse.

Instead of shutting down the warehouse for a few days — or installing better ventilation — Amazon thoughtfully stationed ambulances at the gates. Any employees who suffered heat stroke could be whisked to a hospital. Meanwhile, the conveyor belts and forklifts would continue to operate.

Air conditioning is a necessity

New York Mayor Bill de Blasio announced on May 15 that the city will provide 74,000 air conditioners to low income seniors. Twenty-two thousand would be installed in housing projects. Cooling centers will be set up.

De Blasio also said that the city was asking the state’s Public Service Commission to subsidize electric bills for 450,000 people so they can afford to run the air conditioners.

That’s mighty kind, Mr. Mayor. But the $127 million that was allocated is barely 2 percent of the $6 billion police department budget.

It’s also about 2 percent of the nearly $6 billion in tax breaks given to the Hudson Yards luxury development on Manhattan’s West Side. The cheapest one bedroom apartment at Hudson Yards goes for over $1 million.

Extreme heat and extreme cold are dire health emergencies, just like the coronavirus. Don’t expect the Trump regime or any other U.S. capitalist government to help.

To survive the heat wave the people have to mobilize. The Black Lives Matter movement has shown us how. Here’s what we need:

Poor and working people can win these demands just like we won Social Security, Medicare and Medicaid. The people united will never be defeated!