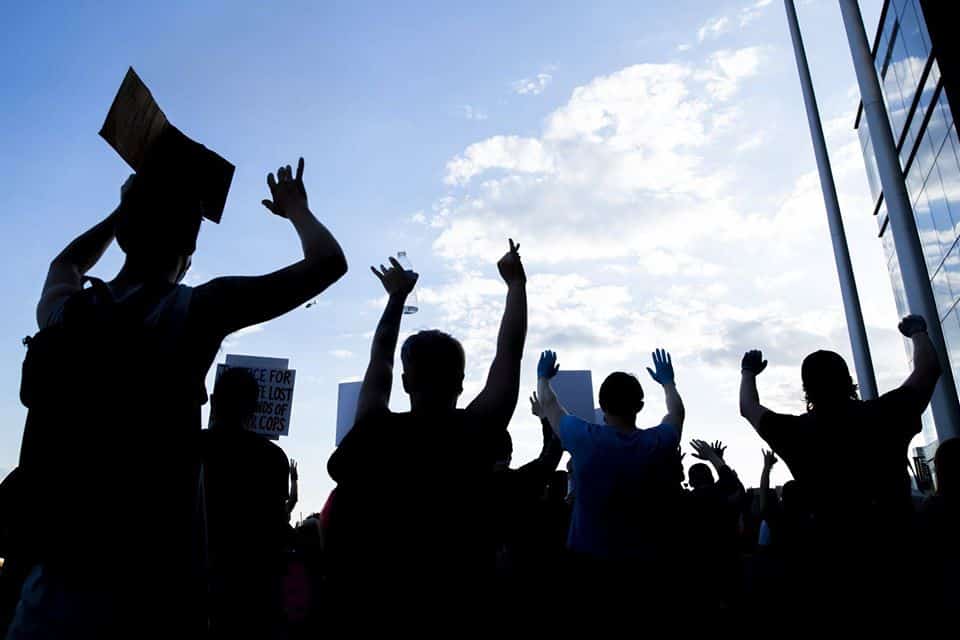 We are calling a national day of protest in what has now been a double-edged sword of crisis, with the pandemic on the one edge, and the horrific racist injustices against Black people on the other.

The fact that we have entered a new era of rebellion unprecedented in the annals of US history is now recognized by the powers that be, as well as the hucksters in the mass media, and all strands of the people’s movement.

We are issuing this call for a national day of protest not only in a moment of outrage, but also in the greatest crisis this country has seen.

What is at stake? The lives of our people are daily stolen by the ravages of Covid-19—particularly in the Deep South where our population is concentrated—and also the unabated crimes of murder and assault against our people by the police in virtually every major city in the United States.

We must place the demand for community control of the police at the center of the struggle to end police crimes and tyranny over our people.

The highest principle in the struggle is for us to assert our inalienable democratic right to determine who polices our communities and how our communities are policed. To avoid going down the blind alleys of piecemeal reforms, this must be our rock bottom demand.

Yes, defund the police. Yes, demilitarize the police. To make this happen people must be in control of the policing. So we are calling on all the various strands of the people’s movement—workers and all oppressed people—to join us on July 18th for a national day of protest demanding community control of the police, and continuing to demand depopulation of prisons, jails and detention centers which are death traps of the people confined in these institutions.

We also demand the freedom of Mumia Abu-Jamal, Sundiatta Acoli, Jalil Muntaquim, Veroza Bowers, Romaine “Chip” Fitzgerald, and all political prisoners who were in the Black Panther Party, many of whom have been locked down for over four decades, and also all those wrongfully convicted as a result of racist frame-ups as well as the survivors of torture like Gerald Reed, Tamon Russell who still languish in prison decades after they were wrongfully convicted. We must continue to relentlessly fight for justice for George Floyd, Breonna Taylor, Ahmaud Arbery and all those wantonly murdered by the police.

By being organized we are prepared to help the masses of our people to raise and fight for the demands in this call to end racist genocidal policies and practices of the police, and to stand in united struggle with all the democratic forces agitated into action by the present rebellion. WE HAVE MADE THE DEMANDS OF THE PEOPLE THE DEMANDS OF OUR MOVEMENT! JOIN US JULY 18TH IN UNITED PROTEST THROUGHOUT THE COUNTRY!