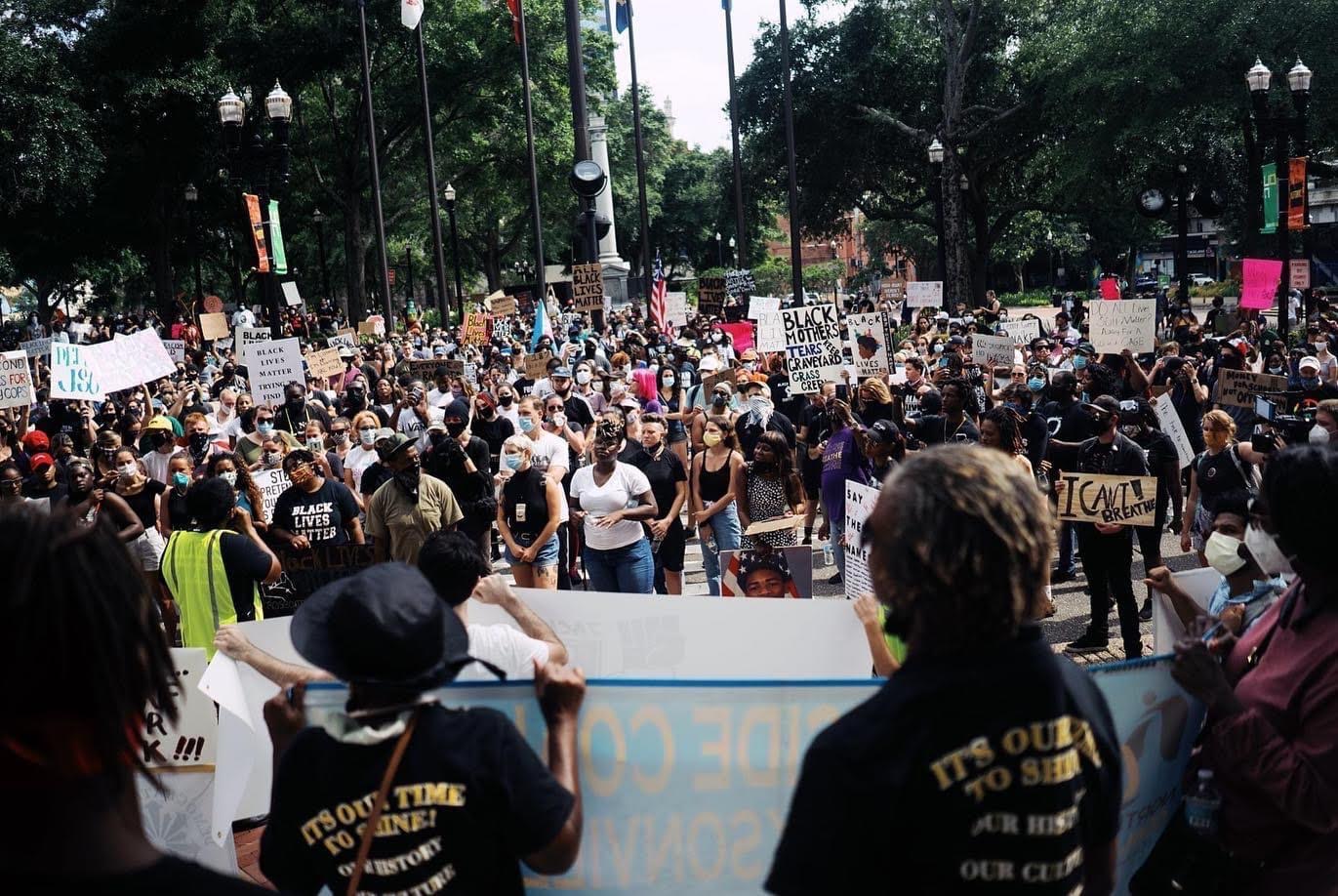 Members of the Coalition to March on the RNC have applied for permits from the City of Jacksonville to hold a rally and march opposed to Donald Trump and the Republican National Convention. The Coalition itself is a national formation of community organizations and activists that seek to defeat Donald Trump and stop his backwards agenda. The rally and march will take place on August 27, 2020 on the day Donald Trump gives his acceptance speech at Vystar Veterans Memorial Arena in downtown, Jacksonville.

Members of the Coalition to March on the RNC organized large protests against previous RNCs in 2008 (Minneapolis), 2012 (Tampa), and 2016 (Cleveland). The Coalition expects thousands or more to participate in the historic rally and march from all around the United States. The event will consist of a rally with prominent speakers near the Duval County Clerk of Courts and include a broad march through downtown Jacksonville passing within sight and sound of the Vystar Veterans Memorial Arena.

The main slogan of the event will be “We Can’t Breathe – Defeat Donald Trump.” The Coalition to March on the RNC will seek to emphasize the Black-led struggle against police brutality under the past four years of Trump in office. The Coalition also stands for a people’s agenda – money for living wage jobs, education, universal healthcare, peace and equality.

On August 27, 2020, millions around the world will have eyes on Jacksonville. The people opposed to Donald Trump and his wretched policies must speak out against injustice and struggle to build a movement capable of defeating his agenda.

For more information, please email the Coalition to March on the RNC at MarchOnRNCJAX@gmail.com

More Details to be added soon!