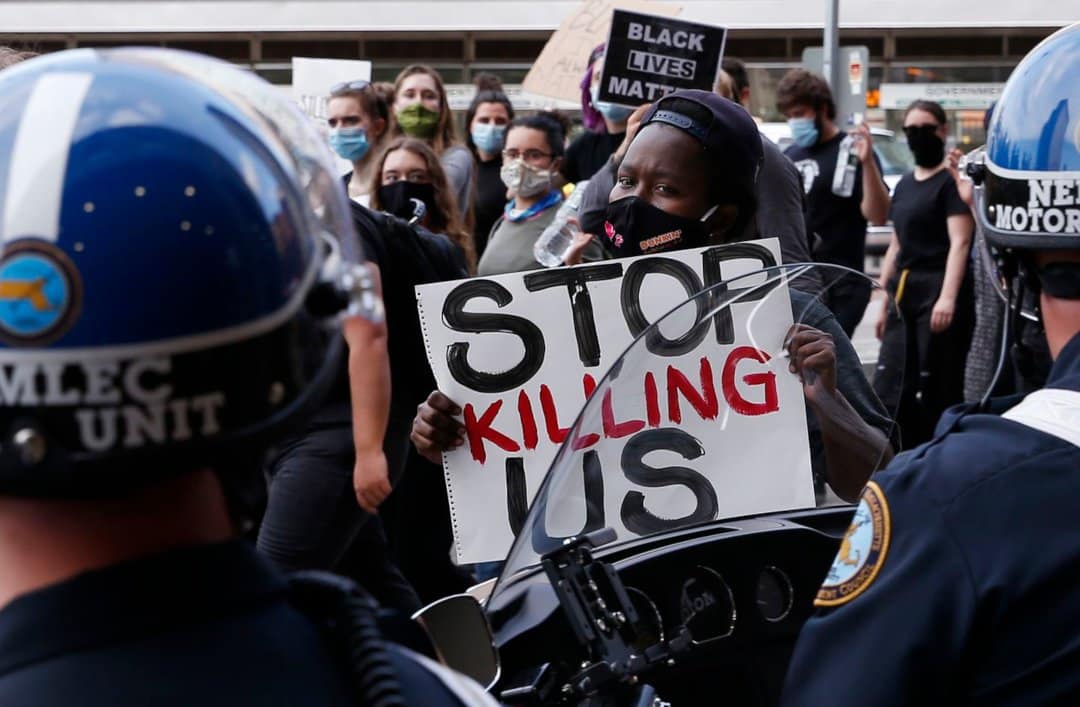 The following editorial appeared on the front page of the June 3 edition of Workers’ Daily, newspaper of the Nepal Workers and Peasants Party. NWPP provided Struggle-La Lucha with an English translation, which has been edited for clarity.

The U.S. government never tires of proclaiming itself the global policeman and protector of human rights. But to its dismay, today the U.S. is on fire. Today, people in the U.S., enraged by state oppression, are demonstrating in the streets.

In Minneapolis, a white police officer inhumanly and illegally murdered an African American citizen, George Floyd, on May 25. The ruling class in the U.S. turned their faces from punishing the murdering police officers. So enraged people came out on the street, ignoring lockdown decrees issued by the state. Demonstrations spread like wildfire throughout the U.S. and beyond. More than 20 U.S. states have issued curfews to control the angry demonstrations. People have been killed by the police and National Guard and many were injured during demonstrations last week. Thousands of demonstrators were arrested.

After the killing of George Floyd, the spread of mass demonstrations all over the U.S. beyond Minneapolis has exposed the age-old social and economic disparity and repression embedded in U.S. society. In the U.S., the killing and brutalizing of African Americans, Latinx people and immigrants from other countries by government officials and police officers, including wealthy white people, is not a new matter. Guilty officers in many such incidents do not even receive mandatory legal punishment.

African Americans are the descendants of people who were brought to the U.S. as slaves from Africa. White supremacists behave toward them today even as they did to their ancestors. Racism is still prominent in the U.S. ruling class.

Against the frequent and ongoing illegal killings and brutalizing of Black people, the Black Lives Matter movement started several years ago. Many demonstrations were organized under that banner. But no radical changes have been made yet. After the election of Donald Trump — a staunch racist and rightwing leader — as president of the U.S., the number of racist, xenophobic and anti-immigrant offenses increased exponentially. The demonstrations now seen in the streets are an outburst of anger against the age-old oppression on the vast majority of U.S. people. But U.S. chieftain Trump is pointing his finger at Antifa, a left movement he blames for the ongoing demonstrations. He labeled it a terrorist organization.

Large numbers of people have died of the coronavirus pandemic in the U.S., largely because of the reluctant efforts and negligence of the Trump administration. People in the U.S. are thus angry with the Trump administration. A country which claims itself the authority on human rights and justice fails to deliver “the right to breathe” and “right to live” to its own citizens. Therefore it is unfitting to proclaim itself the world power. It indicates the coming downfall of the U.S. Empire in the world order.