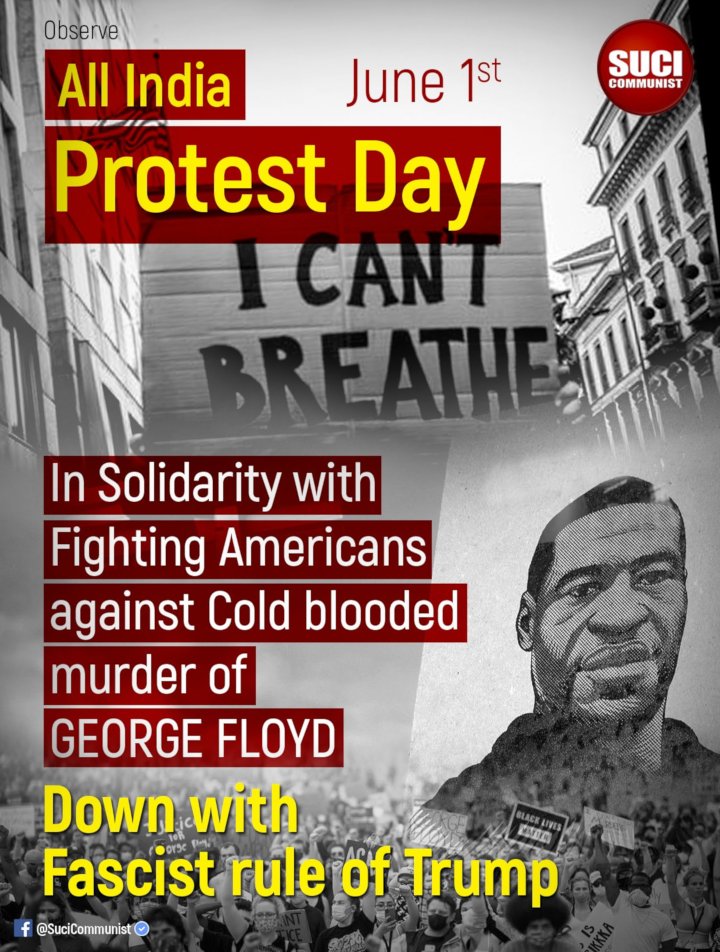 “We express our solidarity with the struggling people of the USA who are in the midst of a historic movement against anti-people policies of the U.S. imperialist rulers.

“This is an outburst like a volcanic eruption of the accumulated grievances of the people, not only against racial oppression but also against all anti-people policies and acts of the U.S. imperialist rulers, including widespread unemployment, retrenchment, starvation and criminal negligence to tackle COVID-19, resulting in the deaths of more than 100,000 people.

“It is noteworthy that all sections of the oppressed toiling people irrespective of color and religion are united in this struggle.

“It reminds of the earlier heroic Occupy Wall Street movement which shook the foundation of U.S. imperialism.

“This struggle inspires all exploited people of the world to fight against imperialist-capitalist exploitation.

“It teaches that real power lies not in the armory of the imperialist-capitalist rulers, but in the courageous undaunted struggling masses.

“We hope the fighting toilers in the U.S. will achieve victory.”