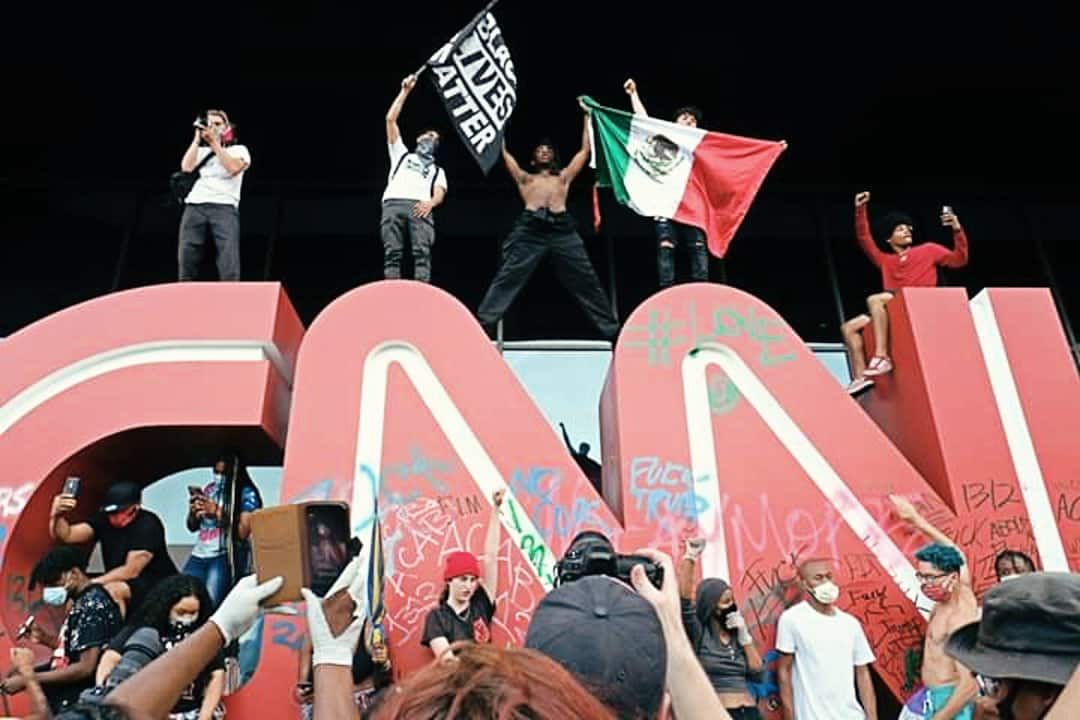 May 29 — Thousands descended on Atlanta this afternoon. They came by bus, train and cars, from all the many cities: Norcross, Ellenwood, College Park, East Point, Decatur and of course Atlanta, among others. These protesters were mostly youth, mostly Black and very militant.

Chants of “No racist police!” “F$&k the police!” and “Until we have justice, you won’t have no peace!” roared through the streets. The march started at Centennial Olympic Park and went through the streets of downtown Atlanta towards the state capitol, the seat of the state government. The same government that has no regard for all the Black and Brown lives being taken by COVID-19. Gov. Brian Kemp, being the last to order shutdown and the first to order reopen, is more interested in pleasing Donald Trump and saving this rotten capitalist economy, than in protecting the lives of the people of Georgia. 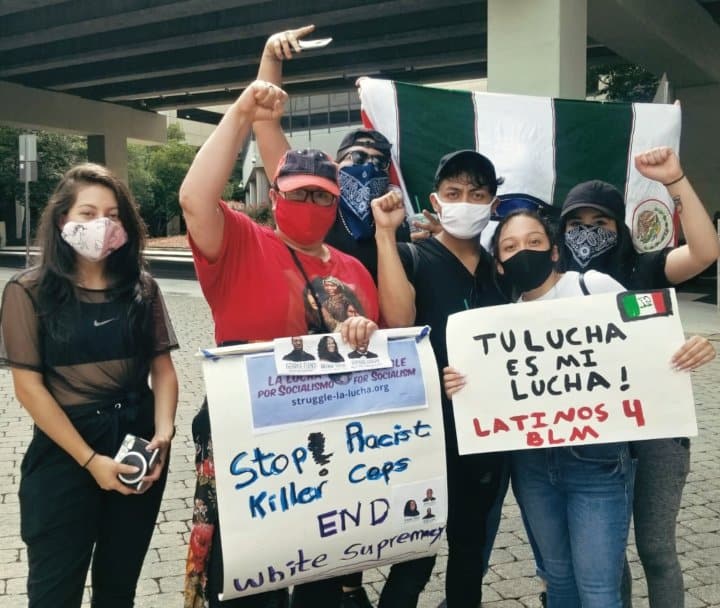 Young, old, Black, Latinx and LGBTQ2S, all in solidarity and angry at the coldhearted response of the Minneapolis District Attorney regarding charges of third degree murder and manslaughter against Derick Chauvin, who, for the whole world to see, brutally murdered George Floyd.

The murdered victim called out for his mother as this racist killer cop knelt on his neck until he died.

Georgia, of course, is no stranger to police brutality or murder at the hands of white supremacists. Ahmaud Arbery was murdered on Feb. 23, 2020, by white supremacist vigilantes, who chased him down and shot him three times, yet were not arrested until two months later. One year ago, we reported on the arrest of Renardo Lewis after Marietta police handcuffed him and threw him to the ground inside a Marietta IHOP. He too was choked and on a video that went viral, Mr. Lewis can be heard saying “I can’t breathe.” Fortunately, he was not killed, although many witnessing this brutality believe that the fact that this was being recorded and that they had no reason to arrest him saved his life. And although there was no reason to arrest him, Mr. Lewis spent one month in jail and is still fighting to have those made-up charges dropped.

The people are fed up and tired of promises that never materialize. They demand justice by any means necessary. A police car started to burn and CNN’s storefront windows were liberated as youth stood on top of the iconic CNN sign in Atlanta with the names of three of the latest victims of white supremacists and police brutality!

We  stand in solidarity with and feel revitalized by the militant and fierce youth of Minniapolis, Atlanta, Baltimore, Los Angeles and many others throughout the country, who are saying this system must be burnt to the ground. They will lead us into a future where we throw out the police from our communities and have real community controlled policing. Death to capitalism! Black lives matter!