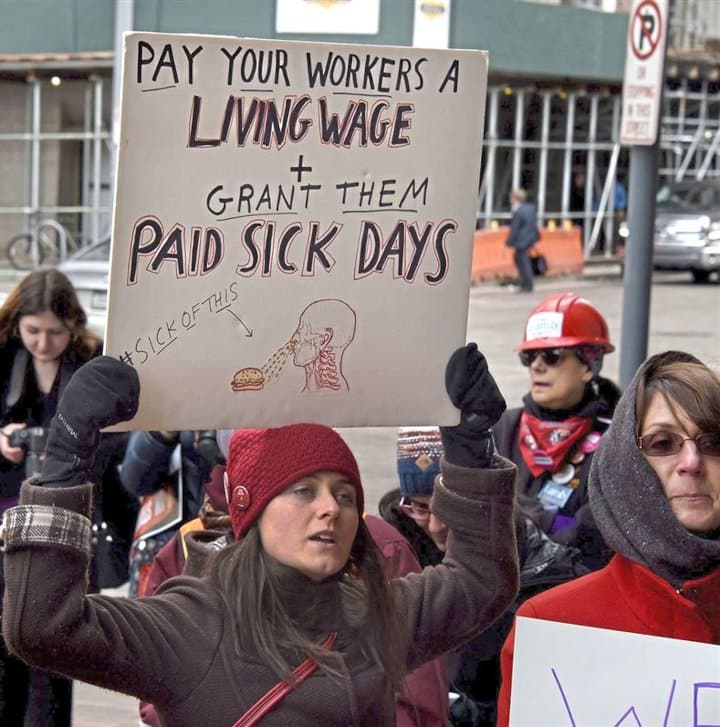 We place no confidence in the anti-science, climate-change deniers of the Trump administration, the pathetically inadequate for-profit U.S. health care system, or Big Pharma and Wall Street to address the Covid-19 (novel coronavirus) crisis. The truth is that only a socialized health care system that provides equal access and quality care for all, regardless of ability to pay or immigration status, can address this situation, which is causing fear and anxiety for millions of people.

The Affordable Care Act of 2010 actually imposes financial penalties on those unable to afford health insurance; an estimated 27 million people still have no coverage. That’s not counting the millions more undocumented workers, and those whose coverage is so minimal as to be useless. The infrastructure required to contain and treat outbreaks such as Covid-19 exists in countries like China and Cuba, but is sorely lacking in the United States, the richest country in the world, where the disparity of rich and poor is also greatest.

In New York, workers at Chipotle restaurants have held picket lines and walkouts to protest the company’s refusal to honor sick days. In Ohio, police in riot gear attacked University of Dayton students with tear gas and pepper balls on March 11, when they protested being abruptly evicted from student housing as the college shut down. Housing activists in Boston rallied on March 12 to demand a moratorium on evictions.

In Baltimore, community organizations led by the Peoples Power Assembly held a news conference and rally on March 7 to outline a people’s response to the Covid-19 crisis and demand action from city officials to protect the poorest and most vulnerable. Two days later in New Orleans, activists from the Hospitality Workers Alliance disrupted a mayoral press event, demanding that workers be provided with paid sick leave, health insurance and free testing for the virus.

Given the potentially life-or-death consequences, it’s no wonder that workers, students and communities are starting to take action across the country. What is urgently needed is to unite these local initiatives into a broad national movement whose demands address all the urgent needs of the workers and oppressed.

For an effective response to Covid-19 to succeed, it must involve the leadership of health care workers and members of the affected communities at all levels. The response to the Covid-19 crisis cannot wait for the outcome of the November elections.

As workers, organized and unorganized, unemployed and underemployed, Black, Latinx, Asian, Arab, Indigenous and white, undocumented people, women, LGBTQ2S people, students and youth, prisoners, homeless and disabled people, we must apply all forms of pressure to force the government to take the necessary measures for control and treatment of Covid-19, while ensuring that anti-Asian racism, xenophobia and other forms of discrimination against our communities or attacks on other countries are not substitued for real solutions.

If the government fails to respond, what can be done? We must be prepared to take direct action to protect our class and communities, including taking over health care and other facilities in cooperation with health care workers and their unions, requisitioning medications and supplies, distributing food stores, and imposing a moratorium on rent and layoffs.

We must demand that all candidates for the U.S. presidency and other elected offices, as well as current elected officials, take a clear position. In particular, Bernie Sanders, who advocates Medicare for all, and the Sanders 2020 campaign, which has the most progressive stance on health care of all the Democratic and Republican campaigns, should be encouraged to participate on this question.

These are just some examples of the measures that are required. Others will surely be raised and must also be addressed. Labor unions, community organizations, activist groups and socialists should take the lead in organizing people in every workplace, school and neighborhood to fight for these demands.

On March 11, the city of San Francisco and the state of Washington banned “large gatherings,” while Washington, D.C., recommended cancelling or postponing any events of 1,000 people or more. The town of New Rochelle, a suburb of New York City, has been put under a “containment zone” for 14 days by New York Gov. Andrew Cuomo, who deployed the National Guard there.

Of course, many organizations, both mainstream and in the progressive movement, have postponed public events and closed event spaces to help contain the spread of the coronavirus. This is laudable. But the time may come soon when the risks of not taking action are greater than the risks of mass gatherings. And even after the current crisis is passed, workers and communities will likely have to fight to maintain and regain their right to protest, strike and organize.

The money, people-power and technology exist to respond to the threat of the Covid-19 outbreak and future dangers to the health and well-being of the people. But those resources must be taken over and mobilized by the people and for the people, not for the interests of the profit-hungry 1% who have shown time and again that they don’t care if we live or die.