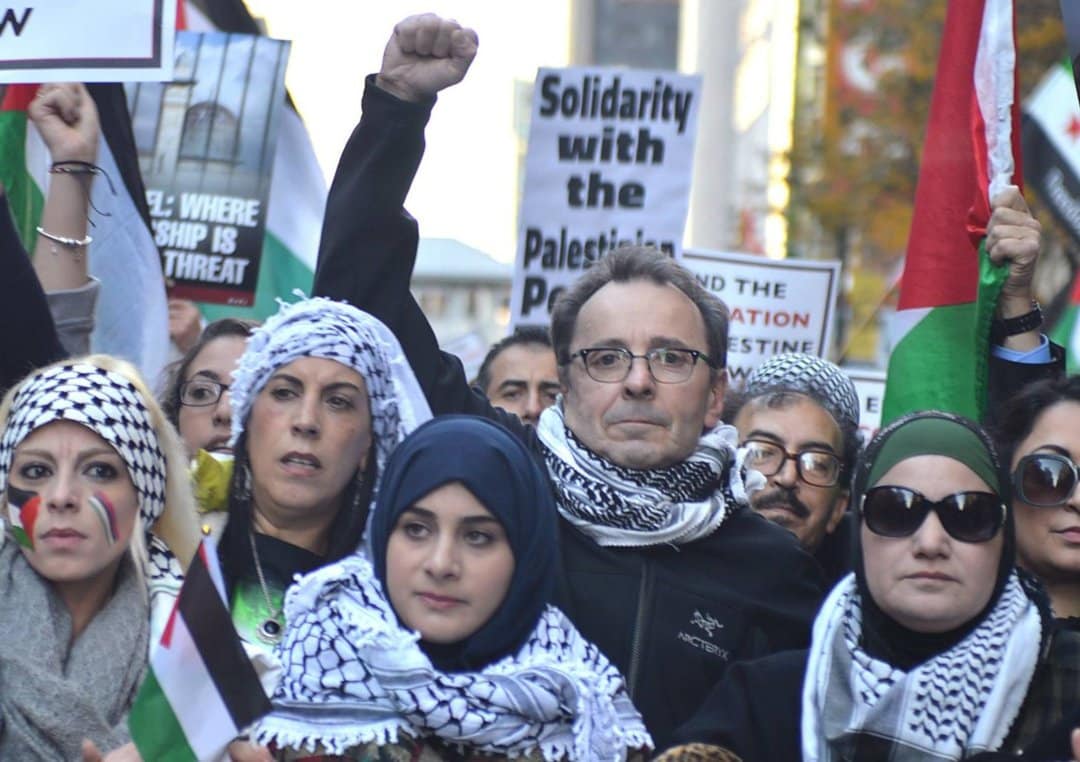 The Popular Front for the Liberation of Palestine mourns the internationalist comrade, Richard Reilly, one of the most consistent, committed defenders of the Palestinian cause.

In the name of our General Secretary, Comrade Ahmad Sa’adat, and all the comrades of the Front inside Palestine and in exile, to the Palestinian people, the international movement in solidarity with our cause, and all of the strugglers for justice in the world, the PFLP mourns the Irish American comrade and freedom fighter Richard Reilly, who passed away today in Chicago after a long struggle with illness.

He spent his life as a fighter and an advocate for the Palestinian cause and for the just causes of oppressed peoples and liberation movements inside the U.S. and around the world. On this occasion, the Front sends its deepest condolences to his companion, Christine Geovanis and all of the comrades, family and friends of this dedicated fighter for Palestine in the United States and Ireland.

We know that Palestine has lost one of the most deeply committed voices that has always stood with the Palestinian people in the most difficult of stages, a comrade who always struggled on the front lines, a fighter for oppressed communities and Black and indigenous liberation movements.

He always believed deeply in the inevitability of the victory of the Palestinian people and the liberation of Palestine, from the river to the sea.

During the Zionist invasion of Lebanon in 1982, he was involved in launching widespread media, political and popular campaigns to defend Beirut within the United States. In 1988, during the first Intifada, he led a solidarity delegation that joined a march in Ramallah organized by Palestinian women’s organizations on the anniversary of the Sabra and Shatila massacre. After that protest, the Zionist occupation forces deported him from Palestine and prevented him from returning ever since. Palestine, however, and the Palestinian people, remained in his heart, mind and actions, as he consistently mobilized against imperialism, Zionism and racism, fighting for a liberated society always.

The Popular Front for the Liberation of Palestine pledges that we will not forget this great comrade. We will remain true to his path of struggle and continue to adhere to the principles for which he fought and dedicated his life, until victory over imperialism and Zionism.

Popular Front for the Liberation of Palestine
February 11, 2020