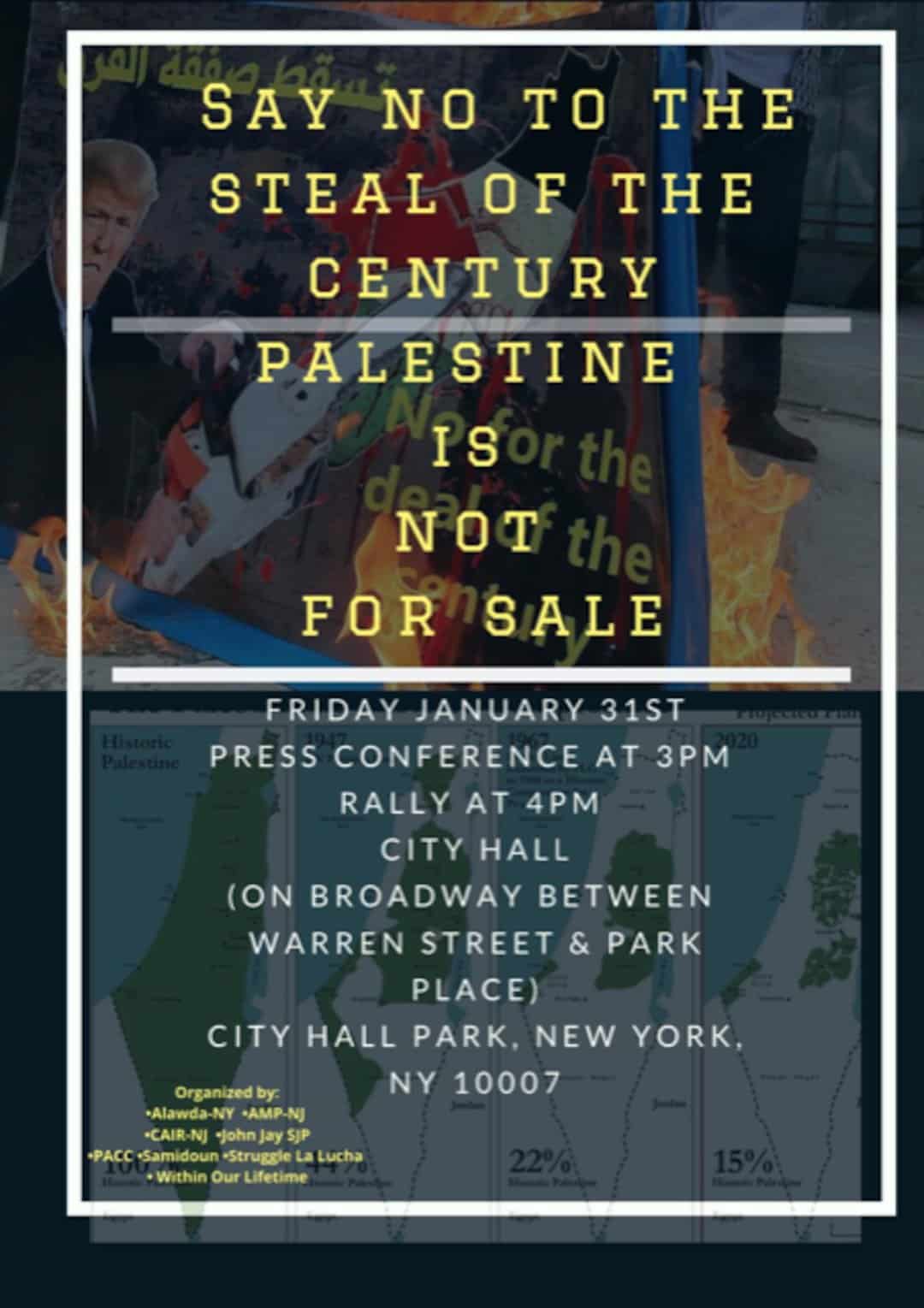 Stand with Palestinian communities from across New York and New Jersey condemning the Trump-Netanyahu “Deal of the Century” and demand local lawmakers and legislators speak against U.S.endorsement of israeli zionist violence. The “Deal of the Century”, crafted by US and Israeli officials to the exclusion of Palestinians, was met with fierce protests across Palestine and the world. The Trump-Netanyahu plan institutionalizes illegal settlements, expands Israeli land theft, entrenches Israeli military occupation and cements the segregation of Palestinians from each other by the Apartheid.

Palestinians have suffered under Israeli apartheid, colonization and violence for over 72 years with ample support from the U.S., leading up this Deal, which is an attempt to normalize Israeli violence and erasure of Palestinians. As people living in the U.S. we have a duty to stand against our governments role in the oppression of the Palestinian people.