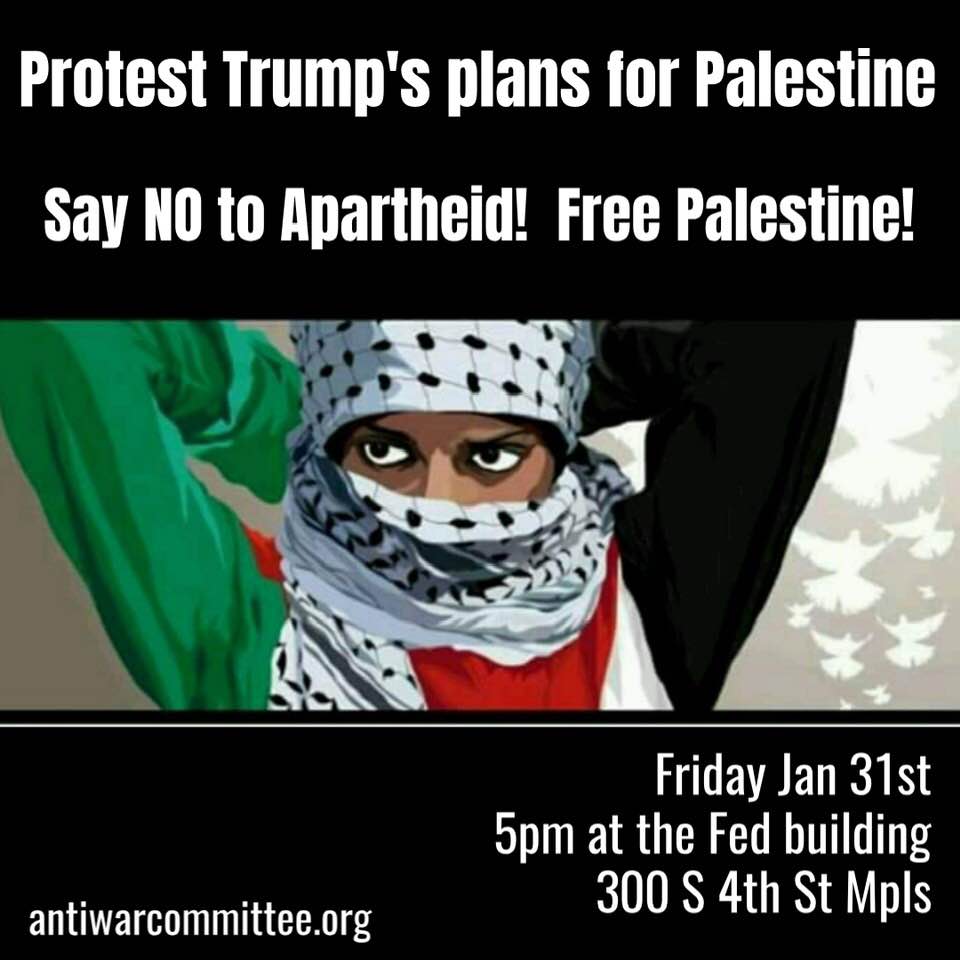 On 1/28 President Trump announced with Prime Minister Netanyahu their “deal of the century,” which they admit had zero Palestinian input. In fact, the Palestinians have rejected it already!

Trump’s plan legitimizes Israeli settlements and steals even more Palestinian West Bank land for Israel. Additionally, the U.S. continues to arm Israel to the teeth despite Israel’s attacks and blockade which starves Palestinians in Jerusalem, the West Bank, and what has become an open air prison in Gaza.

Join us to send a message of solidarity to Palestine, and a strong message to Trump and all the presidential candidates that we will support the Palestinian people’s resistance to this plan in Palestine, in the U.S., and everywhere else.

Co-sponsored by the Anti-War Committee & Women Against Military Madness.