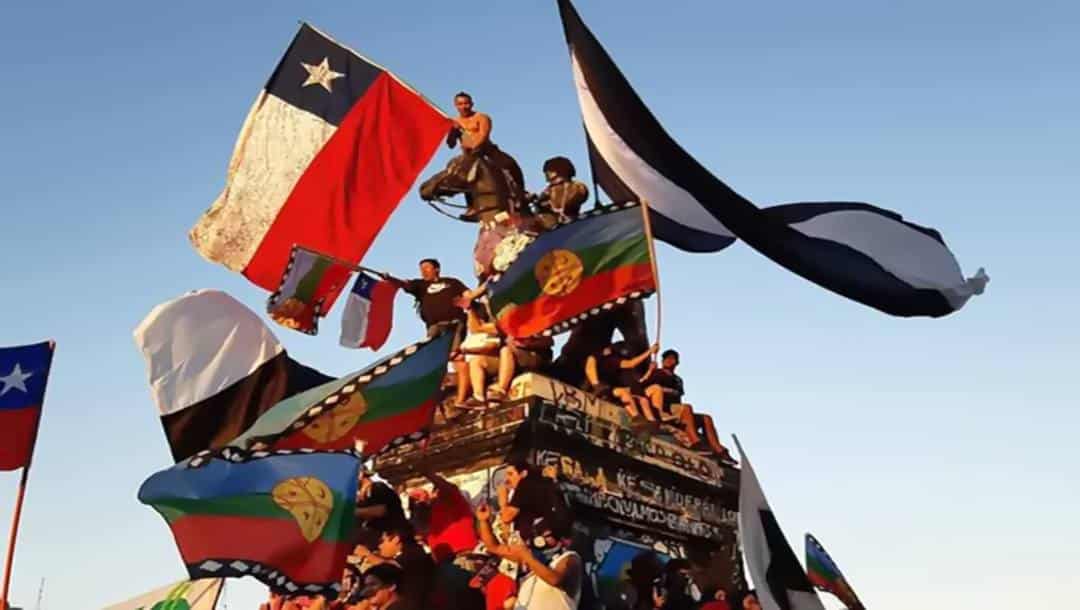 To the social and popular organizations, to the workers and intellectuals of Our America:

It’s been three months since the great popular uprising that Chile is experiencing began. Since those days in mid-October 2019, when a noisy group of students decided to evade the fare in the Santiago Metro to protest the very high cost of the ticket and thus awaken Chilean society from a long sleep, the country has experienced a shake-up that without a doubt gave birth to a new Chile.

The bravery of those youth who circumvented the surveillance of the Metro and were then violently repressed by the carabineros generated a chain of solidarity with the beaten and injured students. All together, the people of Chile took to the streets and did not abandon them until today. Successive assaults by the police on thousands and thousands of youth very soon led to a qualitative leap in the protests. The demand that is being heard today throughout Chile is synthesized in two slogans: “Piñera resign” and “Pacos culiaos” [“Fucking pigs”], referring with irony and rage to that Nazi-like institution that tortured and murdered during the Pinochet dictatorship and now continues to repeat that script against those who protest peacefully.

From those first hard lessons in October, many imagined that this revolt was going to be a summer rain and that the young people, fed up with wild capitalism and feeling excluded in every way, were going to let up. That they would “get over it,” as one minister suggested. None of this happened; quite the contrary. The youth rebellion turned into days and into a massive interclass mobilization that encompassed all ages.

Gatherings of hundreds of thousands or even a million people in the renamed Plaza de la Dignidad became a common scene. All this in spite of the increasing repression, the powerful jets of water with caustic soda that burns the body, the gases and the bullets targeting the face and eyes, following the Israeli manual on the subject. Nothing has turned back this hurricane that knows what it does not want and what moves it to rebellion. “We have woken up and are fighting for our dignity.” Nothing more, nothing less.

Nothing has lessened the healthy anger of those who “have nothing to lose because we have lost everything,” not even the mobilization of the military, the curfew, the clandestine executions, the torture and murder by the “pacos culiaos.” Nothing helped the dictatorship, whose officials today cannot step into the streets, except in disguise, if they do not want to be spat on, slapped, or as happens in the stadiums and in every square in the country, made to hear the hit phrase of the Chilean summer: “Piñera, murderer, just like Pinochet.”

This unstoppable movement is horizontal from every point of view, without leaders in the style of other times, but with the vote of confidence from those who fight on the front lines by putting their bodies in front of the bullets, the gas or the ambush. This movement has left the bourgeois politicians on the sidelines, all of them without distinction, including those of a certain “left” who made a pact with Piñera for a constituent assembly that is not what those at the bottom are demanding. “Ours will be inclusive, popular, activist, feminist and with the Indigenous peoples,” they say.

This mass movement, which includes the grandchildren of those thousands who risked their lives to make the revolution in the 1970s, many being killed in the attempt, is the most complete expression of a unique cultural and political revolution of the 21st century. It unites, from the strength that comes from standing back to back in the street, the historical legacy of the Chilean rebellions, from Manuel Rodríguez to Víctor Jara, Salvador Allende and Miguel Enríquez. It does not need to be displayed on posters or flags, but rather incorporates the singing, poetry and anger of the new insurgencies. For these young people, other names weigh closer to home, such as Mauricio Fredes, from the front line, who was killed in the scuffle with the “pacos,” meters away from the Plaza de la Dignidad. Or Gustavo Gatica, who was blinded by the bullets aimed at his eyes.

These fighters write their documents and statements on the walls, with creative texts, just like the handmade banners with which they mobilize. They are an overwhelming force when they face the warlike brutality of the uniformed, who will never understand why these “youth,” who carry a Chilean or Mapuche flag in their hands, laugh and dance, run as if they were playing, ride bicycles, and sing to the sound of the music broadcast by Radio Plaza de la Dignidad. They kiss passionately or hug to remember while a pandemonium of gases, explosions and screams explodes around them. They are living in the face of death, because “we have lost our fear.”

The revolt is national, it is either erupting in Santiago, or in Valparaíso, in Pudahuel Sur, in Antofagasta, Temuco, Concepción or Iquique. The whole country “has said enough is enough and is marching,” banging the pots, to which the combative rapper Ana Tijoux pays homage, or confronts the rifles with stones or even with fists.

In the face of this broad, gigantic movement, the dictatorship has managed to make its submissive hegemonic media shamefully silent, censoring the obvious, trying to cover up reality, but this one is coming over and over again like waves. And this doesn’t only happen in Chilean media, but the unique discourse prevails in all the genuflecting press of the continent. But what they have not been able to tame is the hundreds of communication guerrillas who, through video on social media, are denouncing the horrors of repression and the small but gratifying victories of those mobilized.

Hence the fundamental reason for this urgent note, written from the heart and with the passion that such a popular rebellion provokes in us. It is necessary that in the place where we find ourselves we make the cause of the Chilean people our own, that we do not leave them alone in their attempt to restore a society in which there is room for everyone. That we break down the wall of disinformation and in any way we can, in each city, in each country, we demonstrate, embracing those who fight in Gabriela Mistral’s homeland.

It is time for us to awaken that indispensable stimulus of internationalism in solidarity. Chile, its people, its courageous youth, are calling us by example. Let’s not fail them, let’s bring them a fraternal greeting that does not only mean that, but that commits us to the streets of our countries to also see those two flags (the Chilean and the Mapuche) fly, which have been forever entwined. Let our neighbors know that what is happening there is not by chance but rather because imperialism and capitalism suffocate the people in such a way that one day the explosion will come, and it will be unstoppable.