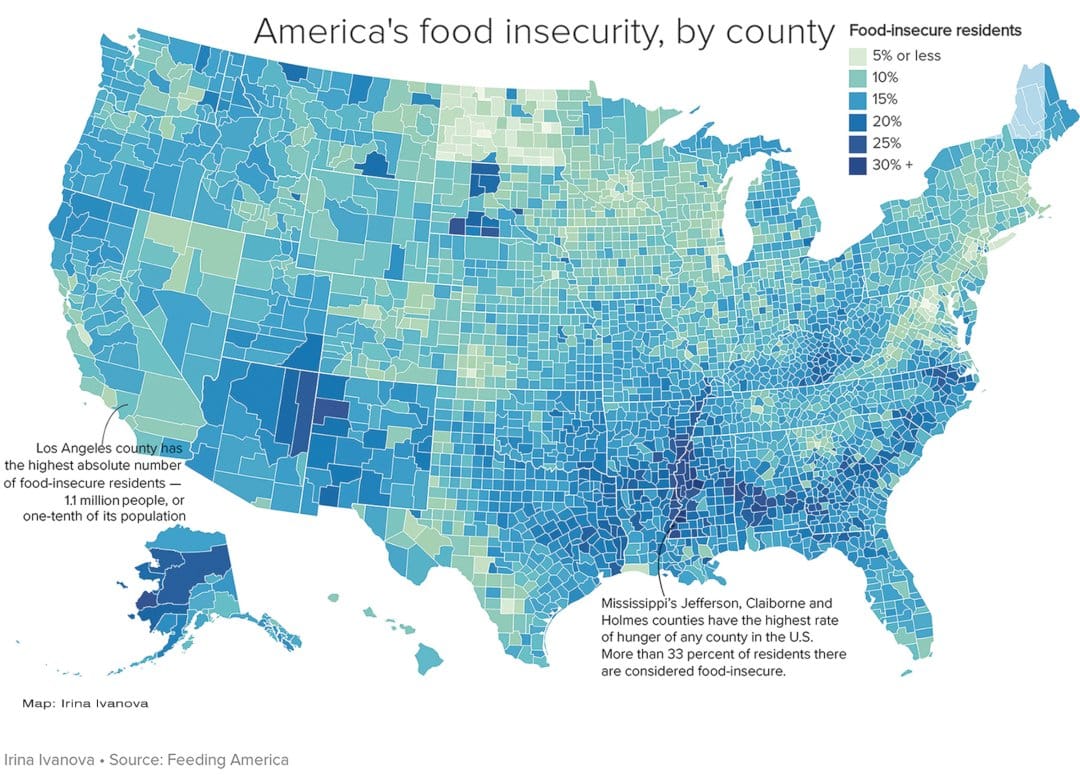 Struggle-La Lucha newspaper and the Socialist Unity Party/Partido de Socialismo Unido condemn the Trump administration’s announced changes to the SNAP food assistance program (food stamps) that would drop 700,000 people from the program and reduce the benefits of millions more starting in April 2020. The rule change tightens work requirements imposed by the Clinton administration in 1996, but which have been waived for many states and regions that suffer unemployment above the national average.

With millions of workers and families currently hungry and homeless, and a new capitalist recession looming, it is urgent that the working class and its organizations — labor unions, community groups, tenants organizations, student movements — unite to push back against this attack on the livelihood of the entire working class, and especially low-wage workers, the unemployed and underemployed.

While the U.S. Department of Agriculture, which administers the SNAP program, claims the changes apply “only” to single adults without dependents, that’s a lie. Many people classified that way also have children, senior relatives and extended families who rely on their benefits. Many already work part-time, gig jobs, or juggle multiple jobs that may still not add up to the hours required.

In addition, the Trump administration plans further rules changes that could result in up to 4 million people losing food assistance and reduce benefits for another 3.1 million households, according to a recent study by the Urban Institute. A million children could lose free school lunches.

A related but less-publicized Trump proposal would strip millions of people of disability benefits administered by the Social Security Administration — mostly children and older workers.

The Trump administration claims that the SNAP rule change will save taxpayers $5.5 billion over five years. Yet just a week after the rule change was announced, congressional Republicans and Democrats overwhelmingly approved $738 billion in military spending for 2020, up $22 billion from 2019. The so-called National Defense Authorization Act includes money for Trump’s proposed “Space Force” boondoggle, reminiscent of Ronald Reagan’s “Star Wars” program.

That brings the total yearly spending increases for the Pentagon under Trump to more than $130 billion, at a time when people here and abroad want U.S. troops brought home from almost two decades of costly and destructive Washington military adventures and 800-plus overseas bases.

Attacks on SNAP and other benefits will have a ripple effect far beyond the lives directly hurt by these cuts. Some 136 of the 150 U.S. counties with the highest SNAP participation rate are rural. In these communities, small grocery stores depend on the income from SNAP benefits and could close down without it — making food harder and more expensive to come by for many other workers. The same is true for poor neighborhoods in cities, where it is increasingly common to see large grocery chains posting signs that say “SNAP not accepted” in tune with encroaching gentrification. Many poor and working-class communities already suffer from a shortage of grocery stores with decent prices, selection and quality.

According to Feeding America, 97 percent of U.S. counties, in every state, already include households facing hunger that are ineligible for SNAP and other government food assistance programs. After previous Trump cuts, the number of people receiving SNAP benefits fell to 36 million from 40 million. Food banks and pantries all over the country are overburdened as 1 in 7 people in the U.S. rely on them for at least a portion of their diet. Food banks have had to expand their services to college campuses throughout Southern California as more students do not have enough to eat.

The Agriculture Department’s own figures found that 11.8 percent of U.S. residents are “food insecure.” In Baltimore city, 22.2 percent of residents, including children, are food insecure. As always in a class society shot through with the ideology of white supremacy and patriarchy, it is people of color, women, LGBTQ2S people, the disabled and children who bear the greatest burden.

Food is a right! Housing, health care and education are rights. These very basic building blocks of life should be freely available to every person living in the U.S. Every working-class person, employed or unemployed, documented or undocumented, needs these things in order to live, support their families and loved ones, and participate fully in the struggle to change society for the better and save the environment for future generations.