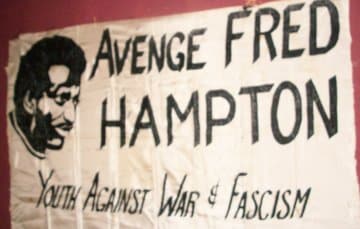 The banner “Avenge Fred Hampton” was made by members of Youth Against War and Fascism to protest the Dec. 4, 1969, murders of Black Panther leaders Fred Hampton and Mark Clark by a Chicago police death squad working with the FBI’s Cointelpro assassination program. 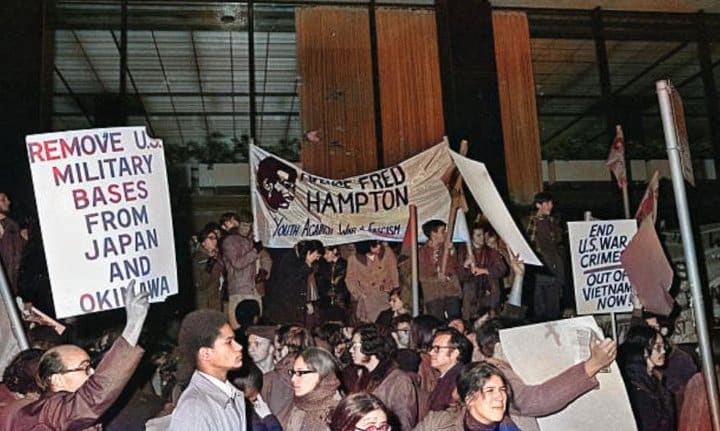 Hundreds of flags and banners with this logo were carried outside New York’s Waldorf Astoria Hotel, where President Richard Nixon was speaking a few nights after the murder. Thousands of protesters broke through barricades and battled police through the night. The banner was reproduced by YAWF chapters across the U.S.

Veterans of YAWF are among the founders of Struggle-La Lucha newspaper and the Socialist Unity Party / Partido de Socialismo Unido.